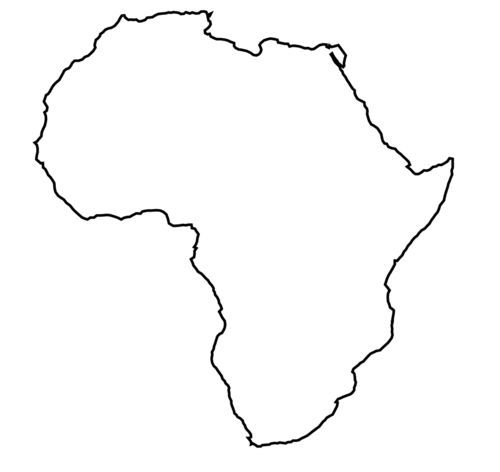 Thirteen presidential and legislative elections are scheduled to take place in Africa during the course of 2021, despite the presence of COVID-19. While fear of contracting COVID-19 has possibly contributed to lower voter turnout, it is not the only reason people are staying home from the polls.

Across the continent, there have been many reports of security crackdowns on public rallies; intimidation of opposition parties — their leaders fleeing into exile if they have not been arrested; and much of the media has been muted with many journalists being harassed, threatened, and imprisoned, as well.

The legitimacy of a country’s electoral process is closely tied to its prospects for stability. In a number of countries, such as Uganda, Chad, the Republic of the Congo, and Djibouti, leaders have held their seats for decades, and are holding onto their positions by any means necessary including force; removal of term limits; and giving limited operating space to opposition parties.

Increased internal conflict in many countries as a result of increased corruption, lack of accountability, and lack of reform, is threatening to undermine the economic stability of the entire Horn of Africa region.

Transparency International is Corruption Perceptions Index, for example, ranks Uganda and Djibouti at 142 out of 180 countries; Chad at 160 out of 180; the Republic of Congo at 170 out of 180. In it’s CPI 2020: SUB-SAHARAN AFRICA Report it reveals that Sub-Saharan Africa — with an average score of 32 — is the lowest performing region on the CPI, showing little improvement from previous years and underscoring a need for urgent action. There is a desperate need for reform in every sector of each of these countries, if their economies are to be salvaged, security improved, and youthful populations employed.

In January 2021, Uganda’s national electoral commission declared President Yoweri Museveni the winner of a sixth term with 58 percent of the vote, but the results have been widely contested. The main opposition candidate Robert Kyagulanyi was placed under house arrest for 12 days post-election, and opposition parties called for national defiance of Museveni’s government. Human rights groups and foreign governments slammed the government for shutting down the internet during the election, and banning outside voting observers.

Elections in Somalia which were scheduled for the 8th of February 2021, are yet to take place due to lack of agreement on how the vote should happen. As protests and tensions grow in the country, the U.N. Security Council has urged Somalia’s government on to organize elections “without delay” in a resolution that stressed the pressing threat to the country’s security from al-Shabab, and armed opposition groups. The UN resolution, which was adopted unanimously, authorized the African Union to maintain its nearly 20,000-strong force in Somalia until the end of the year, with a mandate to reduce the threat from the extremist groups.

In Niger, accusation of election irregularities has led to mass protests and government repression. On February 23rd, 2021, the country’s Independent National Electoral Commission (CENI) declared, Bazoum, the ruling party’s candidate and a former minister of the interior, the winner with 55.75 percent of the vote. Ousmane, who won 44.25 percent of the vote, carried the opposition strongholds of Tillabéry, which includes the capital, Niamey, and Zinder. Despite CENI’s announcement, however, Ousmane declared himself the winner.

Republic of Congo’s election held on 21st March 2021 was the first time that voters went to the polls in two phases since the first multi-party presidential election in 1992. In power for 36 years, the country’s 77-years old incumbent president Dennis Sassou Nguesso is one of the longest serving presidents in Africa. His challengers included Mathias Dzon, the former Minister of Finance between 1997-2002 and Guy-Brice Parfait Kolélas, who came second in the highly contested 2016 presidential election that Sassou Nguesso won, has died on Sunday, a day after the country went to the polls. Kolelas was hospitalised on the eve of the elections and died of COVID-19 as he was being taken to France for treatment.

Up next – elections in Djibouti

Free and fair elections are the cornerstone of democracy, and are one of the major drivers of foreign investment into any country. On the 9th of April 2021, Djiboutians go to the polls, as President Omar Guelleh attempts to extend his tenure to a fifth term in the country’s presidential elections. Guelleh has been in power since 1999 — a total of 22 years. Term limits — that stated that Presidents could only serve two terms — were lifted in 2010, just prior to his third term.  The media is not free in Djibouti. The 2020 World Press Freedom Index ranks the country at 176th place out of 180, down three places since 2019.

Reporters Without Borders (RSF) report that there is no privately-owned or independent media outlet operating in the country. Media outlets that are operating are used for propaganda purposes by the President’s government. Djibouti journalists live in fear. There is one exile station, La Voix de Djibouti, that broadcasts from Belgium, but the signal is often jammed, and its website blocked. In 2019, a La Voix de Djibouti reporter, based in Djibouti, was badly beaten and was arrested several times.

Members of opposition parties — even those recognized by the electoral commission are harassed, arrested, and prosecuted. In September 2020, several opposition parties joined together under the banner of the USN Coalition aimed at blocking a fifth Guelleh term. They want elections delayed until the Election Commission is reformed, and until that happens, they are calling for a transitional government.

Djibouti is strategically located near the Bab al Mandeb, and its access to maritime traffic through the Indian Ocean and into the Red Sea has resulted in the country hosting naval bases of France, China, Japan, and the United States. This has meant there is little international pressure on the country to reform. The government draws much of its revenue from port and basing fees, and it took on external debt of 103 percent of GDP to support rail, port, and the requisite power projects. Between 2019 and 2021 Djibouti’s debt service payments have increased by around 120 percent leaving the country, and its people in high risk of debt distress. There are high levels of inequality and poverty in the country, unemployment sits at 48 percent, and as the youth continue to struggle to find employment, their discontent is rising.

In order to overcome these challenges, the country needs to court foreign investors who are intent on improving infrastructure, facilitating international trade, and creating jobs in a dampened economy. While in theory there are no laws, practices, or mechanisms that discriminate against foreign investors, navigating their bureaucracy can be complicated. According to the US Department of State’s 2020 Investment Climate Statements: Djibouti,

“Government policies are sometimes not transparent, and do not foster competition on a non-discriminatory basis. Likewise, the legal, regulatory, and accounting systems are not always transparent nor are they consistent with international norms.” This poses a potential threat for foreign investors – like DP World — who are currently pursuing all “legal means” to defend its claim to a Djibouti terminal, after the African nation nationalized the facility.

According to recent reports, the concession agreement between DP World and Djibouti signed in 2006 is governed by English law through the London Court of International Arbitration. The decision by Djibouti to nationalize the Doraleh Container Terminal came after the government scrapped a 50-year concession contract with DP World, triggering a dispute between the two sides.

DP World is believed to have won three rulings from Britain-based courts over the matter, most recently an injunction at the High Court in London on August 31, 2020, however Djibouti’s government is failing to accept, and implement the rulings from the British-based courts. When you consider the financial losses DP World faces, since the terminal was nationalised, as well as the legal costs that continue to mount, one must carefully consider whether investing in Djibouti would be a safe bet.

While DP World clearly continues to see value and invest in the Horn of Africa – recently signing an agreement worth USD442 million to expand and operate a regional trade and logistics hub at the Port of Berbera, in partnership with the Somaliland Port Authority and Ethiopia — there are perhaps strong reasons for international investors to hold their breath, and adopt a wait-and-see approach when it comes to the results of presidential elections — not only in Djibouti — but in Benin, Chad, Sâo Tomé and Principe, Zambia, and other countries who are going to the polls nearer the close of the year.