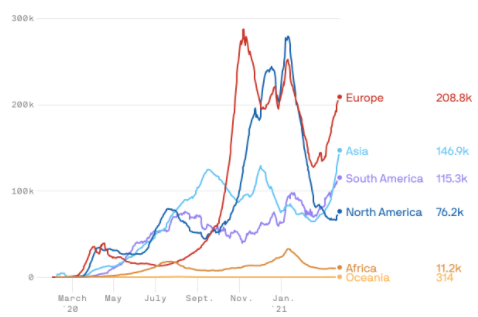 Brutal surges in coronavirus cases are hitting much of the world all at once, from Europe to Brazil to India. 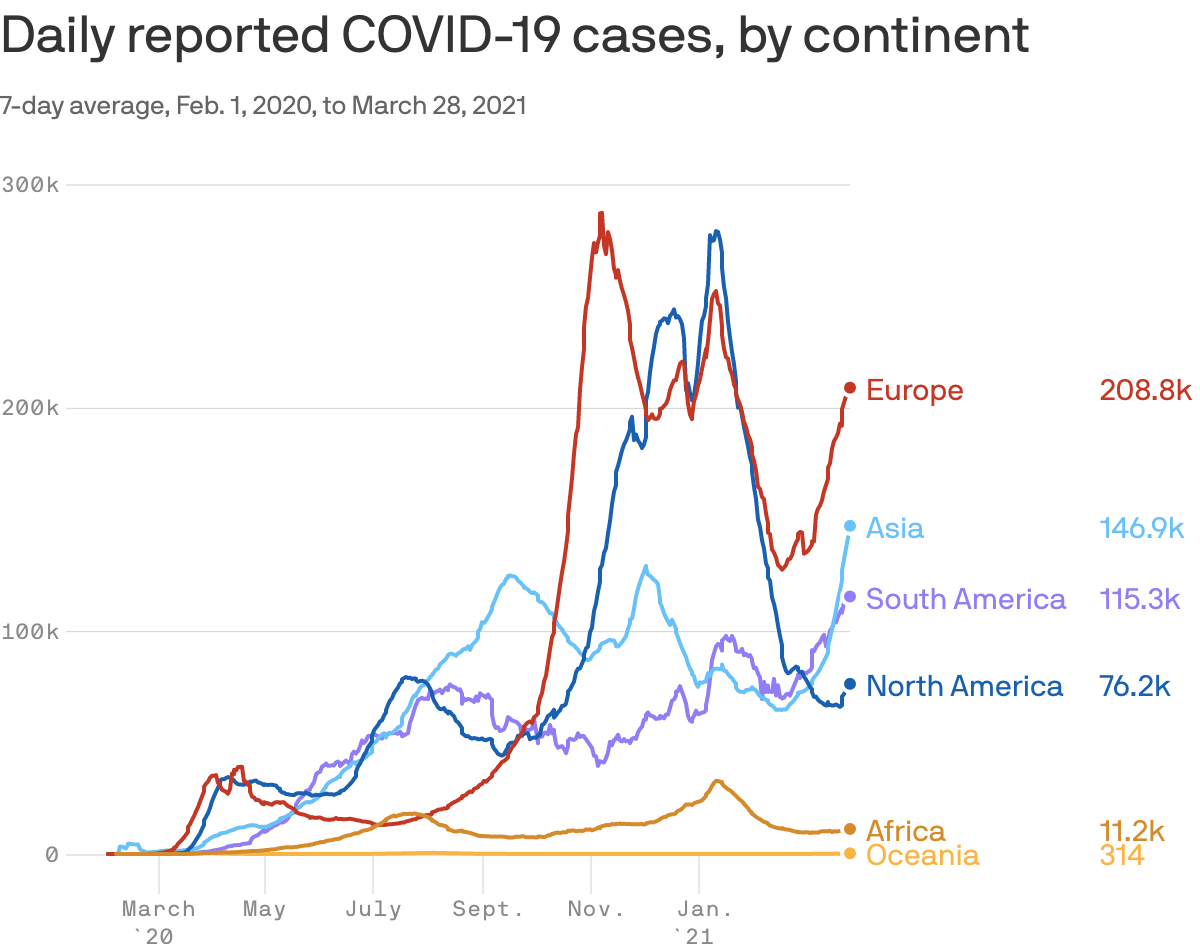 The big picture: Cases are rising just about everywhere, in a swift reversal from early February, when they were falling on every continent. They’re also now ticking up in the U.S., which is in the midst of a race between vaccines and variants.

Somalia: UK, US Condemn Farmajo Term Extension, Call Him Back to the Table – Statements