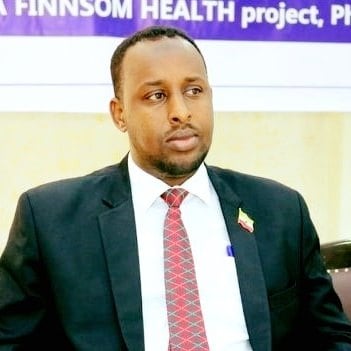 Omar-Sayid Abdullahi Adam, one of the more brilliant younger generation Director-Generals in the two successive Kulmiye governments, replaces him.

Omer was the Director-General at Aviation during its best years.

Under Rodol, who headed the civil aviation authority since President Bihi ascended to power some three years ago, Aviation descended from tier to tier until it touched rock bottom since he assumed office.

Rodol was instrumental among a number of debacles that reduced the airport to a mere, barely functioning hulk the suspension of the Go-home card which allowed people who did not have passports to return to Somalia destinations. The misdirected decision diverted traffic and passengers to Garowe of Somalia’s Puntland bringing an unprecedented economic boom to the area.

The ousted General Manager has also played a pivotal role in downplaying the sole takeover of Somalia of the shared Somaliland-Somalia airspace and its revenue management. In several televised interviews, Mr Rodol claimed Somalia had neither the intention nor the ability to transfer authority of management to Mogadishu until it did 2 years ago.

With the transfer of the equipment to Mogadishu’s Adan Adde Airport went the bulk of highly trained aviation officer a good number of whom were Somaliland-born for the absence of a counterclaim from the Somaliland side reaching ICAO.

Mr Rodol has also vocally defended a decision which he submitted to the President adamantly denying the resumption of flights of two Emirates airlines: FlyDubai and Al Arabia. He convinced the President that the airlines violated (hitherto unknown) Somaliland aviation protocols. This left the field, primarily, to the Ethiopian.

The suspension of the two major UAE airlines left flight rates at the mercy of Ethiopian Airlines and passengers were left no recourse or alternative but to buy their tickets at exorbitant prices.

The combination of these moves deprived the Somaliland revenue coffer of millions of US Dollars per year besides reducing Egal International Airport to a semi-derelict facility whose extensive runway only reverberated to the sound of landing crafts maybe once or twice for the whole day.

It is known yet whether the replacement is linked to the recent arrival of a high calibre UAE Representative in Somaliland, Abdalla Al-Naqbi or not.