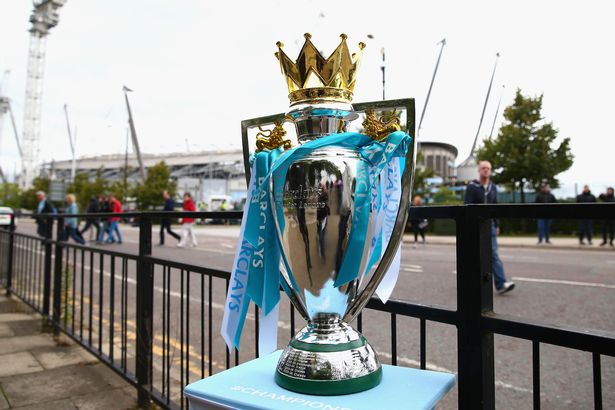 Manchester City, Liverpool, Chelsea and Manchester United all face mixed fortunes this season according to a supercomputer prediction, which has estimated the final points total for each team

Manchester City will fall just short of matching Liverpool’s Premier League points total from last season, but will win the title by 19 points according to a supercomputer prediction.

Pep Guardiola’s side are running away with the title at the moment, and it looks like a third title in four years is guaranteed, with the prediction stating they’ll win the title with 95 points.

However, the spaces behind them are much more hotly-contested.

Currently, Manchester United are occupying second place by just a point ahead of Leicester, who are four points ahead of fourth-placed Chelsea.

Thomas Tuchel’s side aren’t guaranteed a top-four spot, however, as West Ham are breathing down their necks and are just two points behind them.

But according to a FootballWebPages, Chelsea will do enough to secure Champions League football for next season, regardless of whether they win this year’s competition.

The prediction has them finishing in fourth place, five points ahead of fifth.

Tottenham boss Jose Mourinho will reportedly lose his job if Spurs miss out on a top four place, and it seems he’ll be out of luck at the end of the season.

Every Monday we deliver our verdict on the weekend’s fights and, more importantly, what’s next for the winners and losers.

Signing up is easy, just click this link, enter your email address and select ‘Boxing’ from the list.

Spurs are predicted to finish in fifth place, just a point ahead of Liverpool, who it seems will jump a place from their current spot of seventh into sixth.

If the prediction is correct, it will be heartbreak for David Moyes and West Ham, who will miss out on Europa League football by just a point from the Reds.

Arsenal are tipped to finish in ninth place, two points below Everton and just one ahead of Aston Villa.

Further down the table, Sheffield United are expected to collect just two more points from their remaining nine games and finish bottom of the pile.

West Brom, who are just ahead of them at the moment, have been tipped to lose every game remaining and finish in 19th, with Fulham rounding off the relegation places.

Newcastle United, who are in freefall at the moment, are expected to avoid the drop and finish in 17th place by picking up seven more points between now and the end of the season.