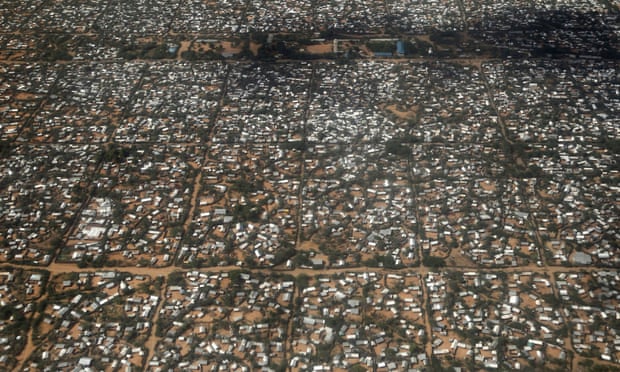 Kenya has once again threatened to close two huge refugee camps in the country, in a move that has alarmed the UN refugee agency (UNHCR) and donor organisations.

A tweet from the ministry of interior gave the UNHCR a “14-day ultimatum to have a roadmap on definite closure of Dadaab and Kakuma refugee camps”.

The ministry added there was “no room for further negotiations”, even as the UNHCR said it intended to open dialogue with local authorities on the matter before the 6 April deadline.

The government gave no reason for the orders but observers were quick to point to Kenya’s deepening row with its neighbour that has resulted in Somalia severing diplomatic relations.

The two countries are embroiled in a maritime delimitation in the Indian Ocean that led Somalia to refer Kenya to the international court of justice.

Dadaab camp is situated in Garissa county, which borders Somalia.

The government’s statement appeared to have caught the UN agency off-guard. “UNHCR has been informed by the Kenyan authorities of their intention to close Dadaab and Kakuma refugee camps within a short timeframe,” the UNHCR said in a statement.

While the UN body thanked Kenya for “generously hosting refugees and asylum seekers for several decades”, it said the order would be challenging to implement in light of the recently imposed partial Covid-19 lockdown.

“UNHCR is concerned about the impact this decision would have on the protection of refugees in Kenya, including in the context of the ongoing Covid-19 pandemic. We urge the government of Kenya to ensure that any decisions allow for suitable and sustainable solutions to be found, and that those who continue to need protection are able to receive it,” the UNHCR statement said.

A day after the announcement, local government officials held an emergency meeting about the planned closure of the refugee camps with partners including the World Bank, International Monetary Fund and 25 heads of foreign missions in Nairobi. Details of the meeting were not made public.

Glenn Jusnes, who heads the external relations department at UNHCR Kenya, confirmed that talks were continuing at “higher levels” to try to break the deadlock.

“We too are trying to unpack the information from the government,” Jusnes said. “Despite all manner of speculations regarding the announcement, our brief is to come up with a roadmap within two weeks, and that is what we are trying to do.

“It doesn’t take a lot of imagination as to what (closure) will mean in light of the current situation with the pandemic,” said Jusnes.

The threat is the latest of several attempts by Kenya to relocate the camps from within its borders.

In 2016, the government issued a similar warning, vowing to close Dadaab, then the world’s biggest refugee camp, and send thousands of people back to Somalia. It claimed a string of terrorist activities in Kenya had been planned from within the refugee camp.

But UN bodies, aid agencies and human rights groups have always pleaded with the government to retract such orders, as the conditions that displaced thousands of people still exist in their countries of origin.

Human Rights Watch has said: “Despite the Kenyan government’s frequent statements that Somali refugees in Kenya are responsible for Kenya’s insecurity, officials have not provided credible evidence linking Somali refugees to any terrorist attacks in Kenya.”

By Peter Muiruri in Nairobi