Home Culture/Religion Somaliland: With a 7% Chance, Yasin Makes it to Full Prestigious MIT... 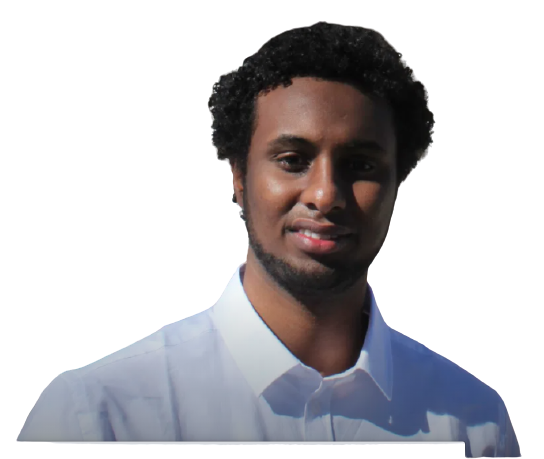 Like generations before him, Yasin Yousuf was destined to herd camels, goats and sheep. However, fate took the 22-year-old from Somaliland down a most unexpected path.

A second-year student at the United World College-USA, Yasin has received a full scholarship to attend the Massachusetts Institute of Technology, one of the world’s most prestigious schools, with a less than 7% acceptance rate. The scholarship is valued at $84,000 a year. Yasin is considering studying either computer science or electrical engineering.

Yasin didn’t think he had a chance to be accepted, particularly coming from Somaliland – a region of Somalia not recognized by any other country. He also had doubts about his family’s finances.

“That’s when I learned just how poor my family is,” Yasin said. “In my country, we have no financial system. We are nomads. We have no bank accounts. We live from hand to mouth. You only get what you can at that moment. There’s no way we have some kind of statement of income.”

One of 11 children, Yasin was the third son born to his parents in three years. His grandmother offered to help his struggling mother by moving then 3-year-old Yasin to her home in another village. No longer a nomad, Yasin defied the odds and got to attend school.

“I’m lucky and I’m grateful,” he said. “I got the fortune they (his siblings) never got because the village had a school.”

In eighth grade, Yasin received one of the highest scores in Somaliland to continue his high school education at SOS Children’s Villages, a boarding school.

After graduating at age 19, Yasin had few options for college in his homeland, but was accepted to UWC Robert Bosch College in Freiburg, Germany; he learned about UWC from a student at SOS. Yasin’s visa was denied and his education delayed. The following year, Yasin received his visa to attend UWC-USA.

The Abaarso School of Science and Technology helped facilitate the UWC application. Yasin also took classes for one semester at Abaarso, which was founded in 2008 by Jonathan Starr, an American hedge fund tycoon who moved to Somaliland and set up a school for brilliant kids who otherwise wouldn’t have a chance.

Yasin said there’s no way he can describe the opportunity to study at MIT.

“I’m actually excited instead of nervous,” he said. “I like to challenge myself.”

Due to travel restrictions, Yasin has not returned to Somaliland since arriving in the United States in the fall of 2019, but stays with an uncle in Houston during breaks. The uncle also helps out Yasin with pocket money.

Yasin believes education is one of the best ways to break the cycle of international generational poverty. He hopes to one day make it possible to educate his younger siblings and his own children.

“What if some of my brothers and sisters would have had the fortune to go to school?” he said. “Their future would then be like mine”.