SomTribune
Home Somalia U.S. ‘Counterterrorism’ In Africa Has Failed. What is the Alternative? 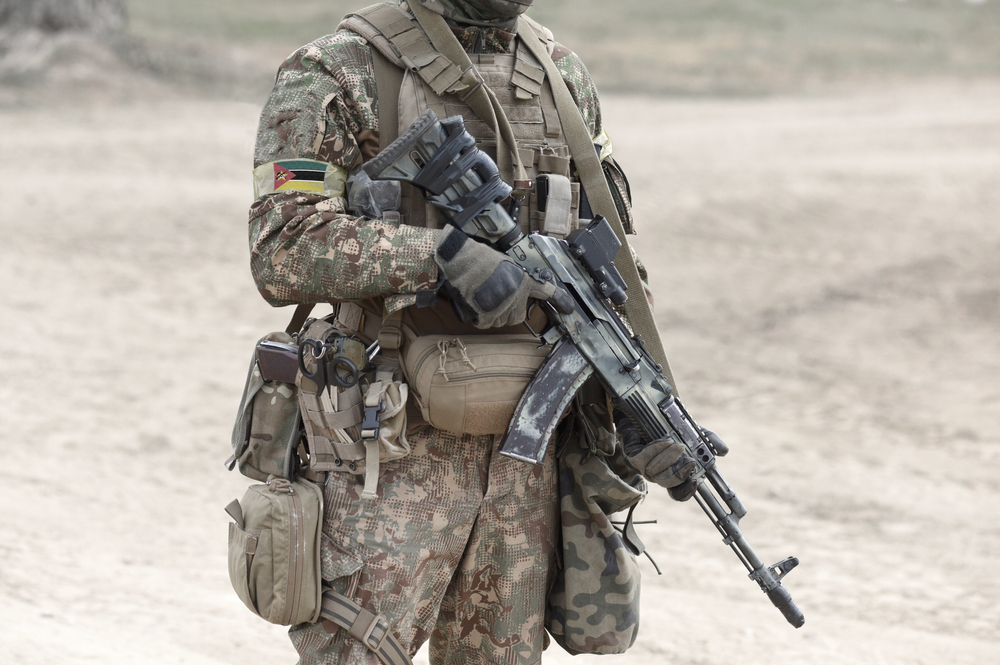 Escalating U.S. interventions have led to more extremist violence on the continent, not less.

On March 10, the United States formally designated the insurgent group in northern Mozambique as a foreign terrorist organization. Although the group is locally referred to as al-Shabaab (meaning “the youth,” with no relationship to the organization by that name in Somalia), the U.S. State Department calls it ISIS-Mozambique.

The designation reflects the ideological underpinnings of U.S. counterterrorism policy in Africa; namely, that the hodgepodge of unrelated or loosely affiliated extremist groups operating on the ground all function as outposts of a global terrorist enemy that threatens the United States.

The United States and other Western powers are moving to provide new military support for Mozambican government forces in the conflict. Although international involvement is still limited, the framing of the conflict as a battle against ISIS opens the door to further military escalation — without ensuring the protection of civilians and or any efforts to address the roots of conflict.

That would be a fundamental mistake. We need only look at other recent conflicts in African countries, where local military forces aided by outside powers have intensified rather than alleviated violence. The best-known cases are Somalia and Nigeria. Less well known in the English-speaking world are the conflicts in Mali, Burkina Faso, and Niger, where both French and U.S. forces have been deeply engaged.

Criticism of the counterterrorism strategy driving these wars is not new.

We have long been among the critics arguing that counterterrorism strategies have worsened violent extremism (see commentaries from 2009 and 2020). What is new in 2021, at least for the Sahel, is that the consensus view in elite Western policy circles is turning toward sharp criticism of current policy. Recent publications from Chatham House in London, the Center for Strategic and International Studies in Washington, and the International Crisis Group in Brussels reflect the shift.

All three reports agree that Western counterterrorism policy in the Sahel has failed, being both over-militarized and ineffective. All suggest, in slightly varying language, that policy must be “rebalanced” or “rethought” to emphasize diplomacy and good governance. This includes “talking with terrorists.” And while the emphasis on governance, along with military action, has long been part of the rhetoric of the international community and of powers engaged in the region, the new tone is clearly different.

CSIS contends that external powers must revise their faulty assumptions about the root causes of violence in the Sahel and refocus their efforts toward working with local partners. The objectives should be to establish responsive and accountable governance, a more equitable distribution of resources, and a more inclusive peace process that involves the militants.

The International Crisis Group similarly emphasizes improved governance, provision of social services, fiscal reforms, and discussions with a broader range of parties, including local populations and militants. Chatham House calls out the failings of the dominant counterterrorism paradigm, which focuses on the notion of global jihad rather than on the corrupt and repressive states that fail to provide social services and security to their citizens.

All three studies conclude that the problem is not the absence of state authority, but rather the presence of states that are corrupt, repressive, and unaccountable to the people. However, there is little evidence of sufficient political will to change in any of the Sahelian countries.

Nor does it seem likely that the Western powers will shift their policies and practice to align with the new rhetoric, at least not any time soon. The institutions invested in military solutions have far more influence than policy think tanks due to their superior financing and bureaucratic clout. They also benefit from broad acceptance of the assumption that military domination of insurgent groups must precede governance-focused efforts. The globally reinforced counterterrorism dogma overshadows attention to the realities of national governments and local communities, which remains sporadic and inconsistent.

In March this year, investigative journalist Nick Turse, who has closely followed U.S. military engagement in Africa for more than a decade, reported on previously classified documents and a Pentagon report showing that U.S. Special Operations Forces active in Africa for nearly two decades have largely failed in their mission. In fact, violent extremist activity has increased, rising 43 percent in 2020 alone.

Even more troubling, the report from the Pentagon’s Africa Center for Strategic Studies found a common pattern in conflicts around the continent. “The surge in militant Islamist violence demonstrates the steady growth in capacity among groups in each of the respective theaters over the last several years,” the report concludes. “Levels of militant Islamist violence in Africa continue on a steep upward slope.”

Is there an alternative?

The Chatham House report states that in the Sahel today, “Success depends first and foremost on the willingness (much more than on the capacity) of corrupt leaders to reform and renew their social contract with citizens, especially in rural areas. International efforts will fail as long as impunity prevails and local armies can kill civilians and topple governments without consequence.”

That conclusion is incomplete. African governments do indeed bear much of the responsibility for the failures. Elizabeth Shackelford is correct when she says, in an earlier Responsible Statecraft article, that the solution in Mozambique “lies in effective governance, and there’s no shortcut to get there.” However, it is a mistake to lay the blame for failure and the responsibility for finding alternatives only on African governments.

Corruption, over-militarization, and failure to fund social goods and services are overwhelmingly driven and enabled by global policies set by the United States and other world powers. Impunity for abuses against civilians applies not only to African governments but also to outside powers.

Furthermore, local factors are also decisive in opening or closing opportunities for peacemaking, as the uneven distribution of extremist violence across African countries clearly shows. There is no general formula for improving governance and reducing violence. Any proposal for change must consider the details of each case rather than only general advice.

In Mozambique, for example, there has been an active debate among scholars and civil society groups about the complex origins of the insurgency in Cabo Delgado. Relevant factors include divisions within that province, marginalization of the local population by the government, the state’s repressive military tactics, and the impact of foreign-owned ruby mines and large-scale natural gas projects.

The Mozambican government’s military response has been both ineffective and marred by human rights abuses. Moreover, despite a proactive response to Covid-19, investment in most public services for rural areas has been crippled by corruption as well as lack of resources. Neither poor governance nor military failures can be understood outside the context of the $2.2 billion secret debt involving Mozambican officials, but initiated by a Middle Eastern shipping company and implicating both Swiss and Russian banks.

As Human Rights Watch stressed in a recent statement, Mozambique has both the right and the duty to protect civilians, and it clearly needs external assistance to do so. However, the danger is that Mozambique will become yet another illustration of the intervention trap, in which externally driven militarization, accompanied by impunity for abuses and only token commitment to humanitarian response and human security, reinforces extremist violence. To avoid that outcome, both the Mozambican government and its foreign partners must be held to higher standards of transparency and accountability.

Neither the Mozambican government nor outside forces providing military assistance — whether mercenaries, Western powers, or African countries in the region — can be trusted to monitor themselves. Moreover, despite the existence of a significant body of international law on human rights and armed conflict, there is no independent multilateral agency with the mandate or capacity to monitor ongoing conflicts.

Mozambican civil society and media outlets, as well as international human rights groups, will continue to be active in exposing and critiquing such abuses. Mozambican and foreign critics of the government in Maputo are also virtually unanimous in demanding more investment in public goods and services for the general population.

In Mozambique, the Sahel, and elsewhere, accountability for checking human rights abuses is a global as well as a local responsibility. Those countries with the resources to do so must also step up to fund what United Nations Secretary-General António Guterres, speaking at the Nelson Mandela lecture last year, called “a new social contract for a new era.”

Such changes are likely to come piecemeal if at all. Even the International Monetary Fund has warned that it is urgent to increase investment in public goods such as education, health, and a basic social safety net for all. Yet the alternative — continuing the imbalance in favor of military responses — almost certainly guarantees that there will be fertile ground for violent extremism to continue to grow.