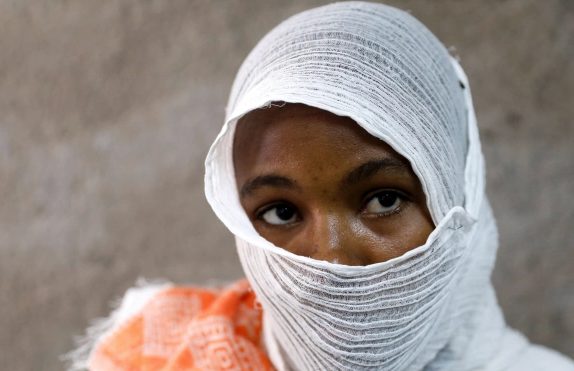 A YOUNG mum was repeatedly raped and brutally beaten for 11 days by 23 soldiers in Ethiopia, according to reports.

The woman, 27, said she was brutalised by soldiers who forced nails and rocks into her vagina in the horror ordeal. 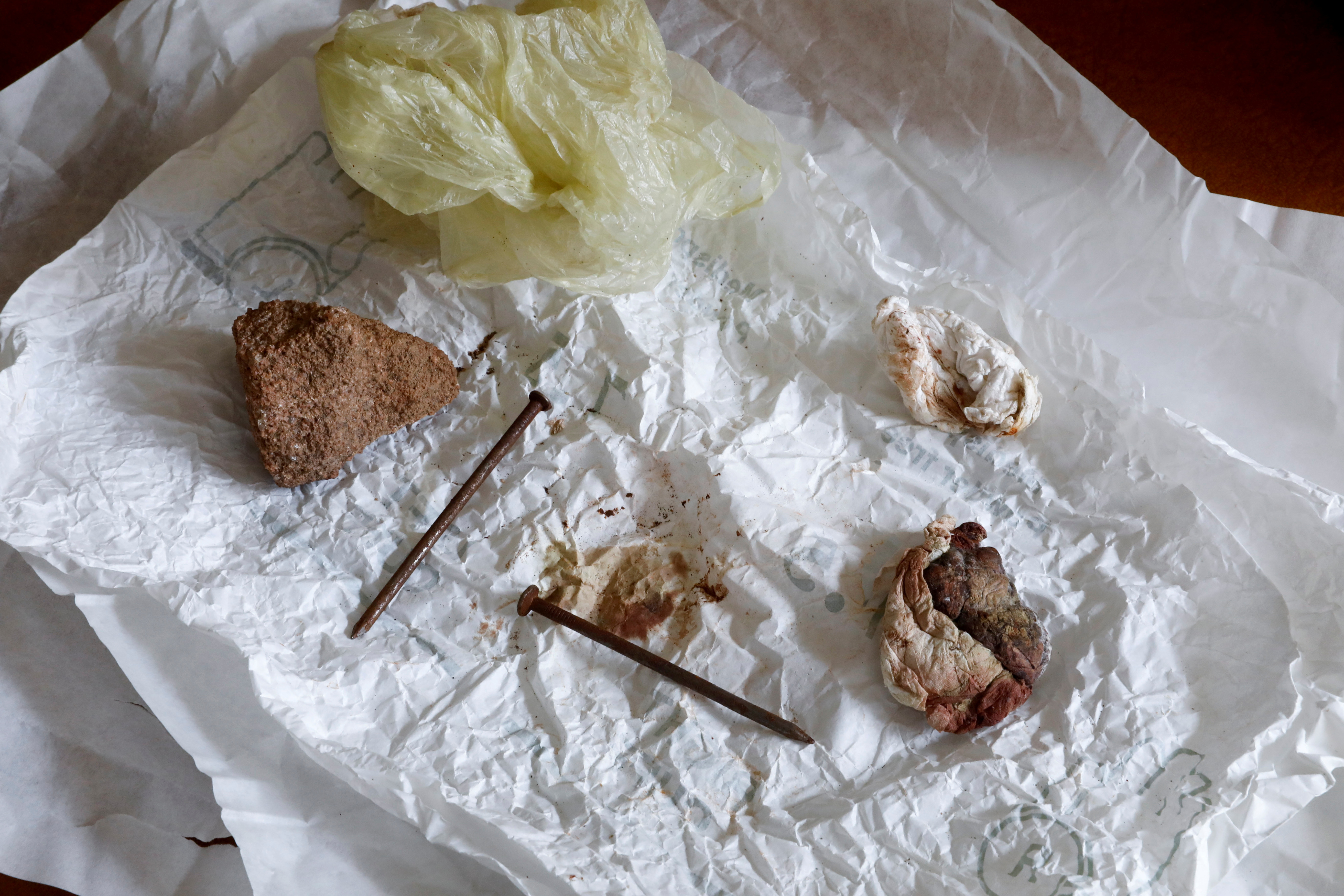 The mum-of-two was trying to get home to her 4-year-old son and 6-year-old daughter when soldiers pulled her off a minibus heading to Adigrat – a city in the northern region of Tigray.

The soldiers claimed it was because the bus was too full, but it was the start of a shocking ordeal which lasted 11 days in February, Reuters said in a special report.

The woman said the troops tied her up and marched her through fields to a bush camp where she was raped and beaten for more than week.

She said the soldiers forced nails, cotton, plastic bags and a rock into her vagina and abandoned her in the bush.

Villagers found her unconscious with a broken leg and rushed her to a nearby hospital.

She said she was still bleeding from severe internal injuries and could not control her urine, walk without a crutch or sit up for long periods.

Doctors showed Reuters the bloodstained stone and two 3-inch nails they claimed they removed from her body.

While she was in the hospital, she had no way to speak to her children because the soldiers took her mobile phone. 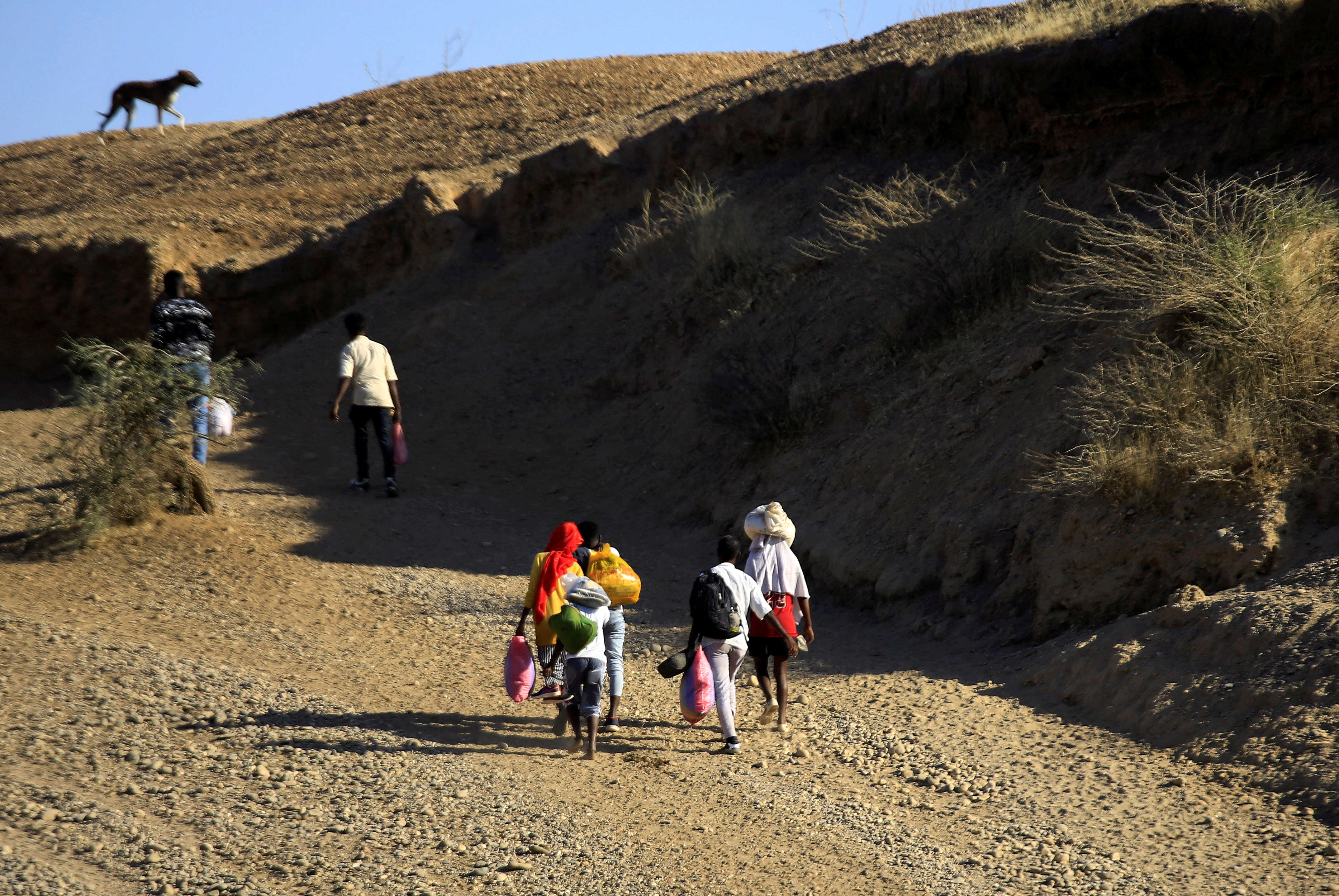 She had left the children with her mum to search for food and never returned.

“I don’t know anything, if they are dead or alive,” she said.

“The enemy destroyed my life.”

The mum is among hundreds of victims reporting horrific sexual violence by Ethiopian and allied Eritrean soldiers after fighting broke out in November in Tigray, doctors said.

Dr Fasika Amdeselassie, a top public health official for the government-appointed interim administration in Tigray, said some women are held captive for days or weeks at a time.

“Women are being kept in sexual slavery,” Fasika told Reuters.

“The perpetrators have to be investigated.”

Fasika’s comments – based on women’s accounts – marks the first time an Ethiopian official has made a sexual slavery accusation in connection with the conflict in Tigray.

Eight doctors at five public hospitals also told Reuters that most of the rape victims described their attackers as either Ethiopian government soldiers or Eritrean troops.

The Eritreans have been helping Ethiopia’s government fight the region’s former ruling party, the Tigray People’s Liberation Front, in the conflict.

Last month, Ethiopia’s Prime Minister Abiy Ahmed acknowledged that “atrocities were being committed by raping women” and promised the perpetrators would be punished.