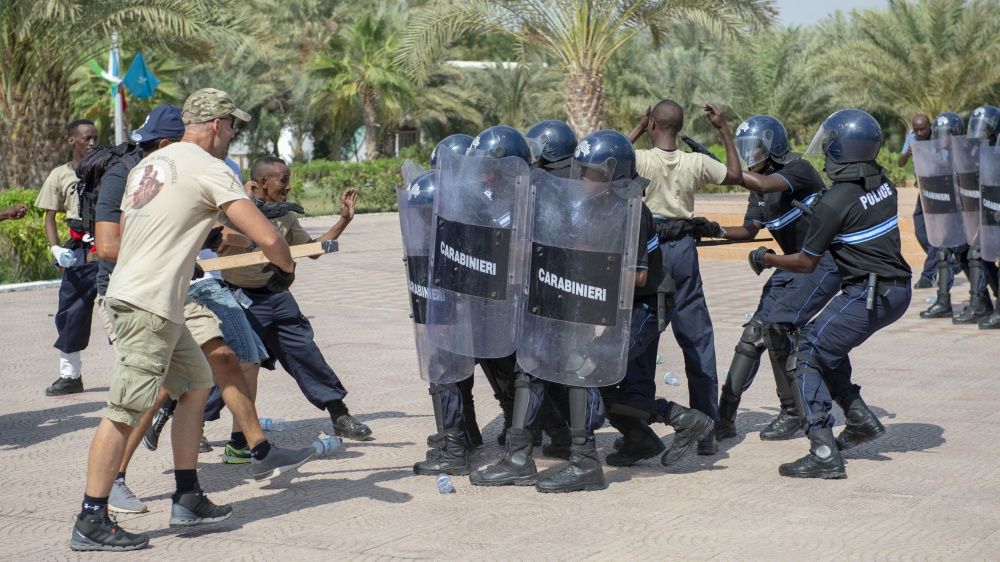 For over a decade, successive Somali governments and the international community have been earnestly trying to revive Somalia’s security forces (SSF) as part of a broader efort to stabilize the country following the collapse of the state in 1991. Billions of dollars were spent on training and equipping tens of thousands of military, police and intelligence personnel so that they could stabilize their country and liberate from the grip of the militant group al-Shabaab and enforce the rule of law. Nearly 15 years later, neither of the two objectives is fully realized, and the country’s security forces remain perpetually weak, deeply fractured and increasingly politicized.

Somali security forces were originally slated to take over core security responsibility from the African Union Peacekeeping Mission in Somalia (AMISOM) by the end of 2021. However, according to an elaborate stabilization plan, crafted by the Federal Government of Somalia (FGS), the goalpost is now moved to 2023. The “able, accountable, affordable and acceptable” security force that was envisioned by the London Security Pact of 2017 is not in sight. Instead, the nation’s security forces are still reliant on external assistance for financing, training, equipment and operational capability.

Central to this profound is a convergence of factors, notably political irreconcilability among Somalia’s cantankerous political elite who has failed, quite spectacularly, to fnd a common ground on the outstanding state-building issues such as the architecture of the security forces. Politicization of the security forces is rampant and leaders of the FGS and federal member states (FMS) tend to prioritize regime security over national security. Instead of fighting al-Shabaab and enforcing the rule of law, some or many of the country’s disparate security forces are subjected to enforcing the law of the ruling elite, deepening the mistrust that many Somalis and international partners harbor about Somali security forces.

Corrosive misgovernance is also besetting the security sector. Although commendable progress had been made over the past few years in the fght against corruption through the purging of ‘ghost soldiers’ and the introduction of biometric registration and electronic salary payments, the underlying corruptive cultures remain entrenched. Officers are promoted through nepotism and clan affiliation to buy of loyalties and consolidate power, destroying the morale of the security forces. High turnover of the top brass is also destabilizing the security forces and weakening command and control, resulting in poor accountability.

Persistent fnancial crisis is another major impediment limiting the security sector’s ability to recruit, train and equip ofcers. Together with high attrition rates, the FGS is struggling to generate adequate forces to achieve its goal of “clearing, holding and rebuilding” communities. By and large, the security sector is heavily reliant on few, highly trained special forces, notably the US-trained Danab Brigade and the Turkish-trained Gorgor and Haram’ad units. By one estimate, Danab leads 80 per cent of all operations and 100 per cent of counterterrorism operations.

With the anticipated drawdown of AMISOM forces in the coming years, and the geopolitical rivalry among external actors, the years ahead could be defining for Somalia’s fledgeling security forces. Perhaps one silver lining is that al-Shabaab no longer poses an existential threat to the FGS, although it remains a deeply disruptive and potent force across the country. It has proven to be adept and agile under intense US airstrikes and ground operations. Relying on a sophisticated underground network, the militant group has morphed into a criminal-like syndicate and is collecting as much revenue as the FGS from Mogadishu, Bossaso and other major cities.