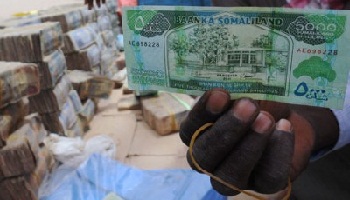 COVID-19 has transformed Somaliland’s remittance lifeline. Remittances were projected to crash at the start of the pandemic, but in Somaliland COVID-19 created an opportunity for digital disruption instead

In April 2020, when the effects of the COVID-19 pandemic were first beginning to be felt, the World Bank projected that remittances to low- and middle-income countries would fall by 20%. Such a precipitous drop would have been catastrophic. Remittances are a lifeline for millions of people around the globe and a key driver of several national economies. In Somaliland, a country of less than 4 million people in the Horn of Africa, they amounted to $1.4 billion in 2018, or around 50% of its GDP.

Analysts understandably drew a lot of attention to this projected decline, but in the intervening months they’ve missed the ways in which the industry has adapted to the new circumstances. Drawing on interviews with some of the Somaliland’s leading financial institutions, we argue that two key changes have taken place. On the one hand, the pandemic has interrupted the operation of the more established remittance organisations. But on the other, it has provided business opportunities to relatively new market entrants, such as cashless digital remittance providers and the two banks in Somaliland that use the SWIFT transfer system. We also show that though remittances dropped almost 7% in 2020 when compared to 2018, remittances picked up again during the year. This suggests that although the remittance lifeline is affected, it is still intact.

The remittance flow through traditional money transfer operators has dropped

Senders that use the more established hawala companies have to visit physical offices to send money. This business model has been interrupted by the pandemic in at least two ways. First, COVID-19 control measures such as the lockdowns, stay at home orders, and social distancing have disrupted personal visits. Second, the transfer of cash between countries has been interrupted by the suspension of international flights. Let us explain.

Since 9/11, international banks have become risk averse and implemented strict financial policies such as Know-You-Customer procedures. This has affected Somali hawalas as banks consider them high risk in terms of money laundering and terrorist financing. Consequently, hawala operators have gone back to a business model based on the physical transportation of cash. Hawala operators receive cash from customers in sending countries and then send it by air to Dubai, which operates as an international financial hub for Somali transactions and funds transfer to the Somali regions. It then flies again to Somaliland and Somalia, where it is finally remitted to recipients. In normal times the system works, but bypassing the banking system hawala operators have further increased the perception that they are high-risk.

COVID-19’s disruption of international flights, however, broke this way of working. Hawala operators have been unable to move cash from sending countries to Dubai, or from Dubai to Somaliland. They’re now facing serious liquidity problems. Companies have reduced the amount of remitted money to $500 per transaction in order to cope, but this has resulted in an estimated 40-70% reduction of cash inflow for some companies. This liquidity problem has affected the overall flow of remittances that provides family support and investment to so many people in Somaliland.

It has also affected currency outflows, as import traders are not able to transfer money outside the country to pay for imports. Statistics from the Central Bank of Somaliland show a substantial decline in both inflow and outflow of currencies. Remittances dropped from $92 million in January 2020 to $74 million in April 2020, while financial outflows dropped from $138 million to $97 million during the same period of time. The decline in remittances is likely to worsen the chronic balance of payment deficits faced by Somaliland, which is usually addressed by diaspora remittances and aid contributions.

COVID-19 has created an opportunity for new entrants

The disruption of cash-based hawalas has provided business opportunities for cashless digital money transfer operators and the two banks in Somaliland that use the SWIFT system. Until recently digital payment services in Somaliland have generally been limited to mobile money transfers, which still involve cash payments from senders. With the single exception of WorldRemit, which has been operating for close to a decade and is increasing in popularity, cashless digital services are new to Somaliland.

During the pandemic, money senders who could not visit a hawala operator have turned instead to cashless, digital money transfer services and the two banks that use SWIFT. One leader of a digital money transfer operator stated that their business has recorded a 100% increase in inflows, as well as a significant increase in downloads of their app, since the outbreak of COVID-19. Other senders, meanwhile, have started transferring money directly from their personal bank accounts to recipients’ accounts using the SWIFT system. In Somaliland, only Premier Bank and Dahabshiil Bank International are equipped to handle direct, bank-to-bank money transfers. All others transfer money through correspondence banks in Djibouti and Dubai. An executive at Premier Bank also reported an increase in cash inflows and outflows since the start of the pandemic.

Although the remittance lifeline is affected by the pandemic, it remains intact.

Digital cashless money transfer is a nascent and quickly growing business model in Somaliland. Those privy to the industry report that digital cashless transfers already constitute about 20% of the money inflow and outflow in Somaliland, equivalent to $200 million. Further expansion, however, comes with institutional as well as infrastructural hurdles. In the absence of a strong regulatory framework designed to promote fair competition, telecommunication companies and other market actors can and do refuse digital money transfer operators access to the telecommunication infrastructure since they also offer financial services such as mobile money.

The field is also becoming more crowded, where Galaxy, TalkRemit, Paysii and Taaj have joined WorldRemit as major players. Taaj and TalkRemit are owned by Hormuud/Telesom and Dahabshiil/Somtel, respectively, which have dominated the Somali telecommunication and financial services for the last two decades. These companies are highly active in the financial as well as the telecom business, which underpins all digital mobile money services and grounds their positions as giant financial service providers.

The Somaliland remittance industry is transforming but the lifeline is intact

The pandemic has unearthed the vulnerabilities of traditional financial services (both old and new) in Somaliland, while presenting a business opportunity for digital transfer services. It has also impacted on the volume of remittances sent. The Central Bank of Somaliland recorded that around $1.3 billion were sent to Somaliland through remittances companies in 2020, constituting a 6.8% drop in comparison with the $1.4 billion recorded in 2018. While significant, this is a less dramatic than the 20% projected by the World Bank a year ago, and it is unclear whether this reflects an actual drop in remittances or if some transfers are simply being missed because they have changed pathways. Moreover, official remittances picked up significantly in the later months of 2020, with a 67% increase in the fourth quarter when compared to the first. This indicates that senders needed time to adjust and, possibly, that remittances were affected by lockdowns in settlement countries in the beginning of 2020. In all cases, we see that although the remittance lifeline is affected by the pandemic, it remains intact.

The authors are part of the Diaspora Humanitarianism in Complex Crises research program.

They wish to thank Abdirahman Muse Abdi, former Director of Banking and Financial Institutions Supervision Department, Central Bank of Somaliland, for his contribution to the comment.