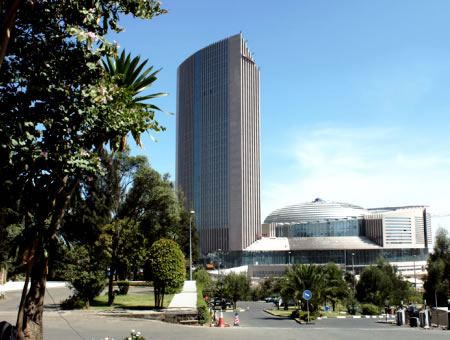 Communique of the 993rd meeting of the PSC held on 22 April 2021, on the political and security situation in Somalia

COMMUNIQUE Adopted by the Peace and Security Council (PSC) of the African Union (AU) at its 993rd meeting held on 22 April 2021, on the political and security situation in Somalia:

The Peace and Security Council,

Noting the opening remarks made by the Permanent Representative of the Republic of Djibouti to the AU and Chairperson of the PSC for month of April 2021, H.E. Ambassador Mohamed Idriss Farah, as well as the statement of the AU Commissioner for Political Affairs and Peace and Security, H.E. Ambassador Bankole Adeoye; and also noting the briefing by the Special Representative of the Chairperson of the AU Commission for Somalia and Head of AU Mission in Somalia (AMISOM), Ambassador Francisco Caetano Madeira;

Further noting the statements made by H.E. Mohamed Abdirizak, Minister of Foreign Affairs and International Cooperation of Somalia; the representative of the Republic of Sudan as the current Chair of the Intergovernmental Authority on Development (IGAD); the representatives of the United Nations; as well as the European Union;

Recalling its previous decisions and pronouncements on the situation in Somalia and the activities of AMISOM, particularly Communique[PSC/PR/COMM.(CMLXXVIII)] adopted its 978th meeting held on 9 February 2021; as well as the joint communique issued by the AU, IGAD, UN and EU on 10 April 2021;

Also recalling the AU Constitutive Act and the relevant provisions of the African Charter on Democracy, Elections and Governance, as well as the July 2000 Lomé Declaration [AHG/Decl.5 (XXXVI)] on a Framework for an OAU Response to Unconstitutional Changes of Government;

Reaffirming the commitment of the AU to respect the sovereignty, unity and territorial integrity of Somalia, as well as AU’s solidarity with the Government and people of Somalia; and

Acting under Article 7 of its Protocol, the Peace and Security Council:

1. Expresses deep concern over the unilateral action by Somalia’s House of the People on 12 April 2021, of passing a resolution signed into law on 13 April 2021 by the President, superseding the 17 September 2020 Agreement on modalities for the conduct of elections in Somalia;

2. Condemns the actions of 12 April 2021 by the House of People, which extended the mandate of the President and the Parliament, as effectively delaying the elections, thereby undermining unity and stability of the country, the nascent democratic and constitutional processes, which also threaten the relative peace and security, as well as the important gains that Somalia has made over the years with the support of the AU and other partners with huge sacrifices;

3. Further expresses deep concern with the possible impact of the current political situation and climate on the cohesion of the Somali federation, the unity of the Somali army and security apparatuses, the process of force generation and the capability to continue to degrade Al Shabaab;

4. While acknowledging that the September 2020 Agreement was a result of a Somali-owned and led dialogue among the Federal Government of Somalia (FGS) and Federal Member States (FMS) leaders, as well as opposition parties, on the need for timely elections, and that Somalia is unable to implement a one-person, one vote universal suffrage in 2020/21; reaffirms that the Agreement remains the basis and the most viable path towards the holding of timely, transparent and credible elections in Somalia;

5. Urges the Somali political leaders to prioritize the country’s national interests and to immediately resume dialogue, on the basis of the September 2020 Agreement and Baidoa technical committee recommendations, in search for consensual solutions to outstanding issues that impede the organization of elections;

6. Calls on all Somali political leaders to exercise maximum restraint and refrain from any actions that may lead to an escalation of tensions and further undermine the stability of Somalia, the Horn of Africa region and the Continent;

7. Underscores the need for the Somali stakeholders to embrace an inclusive dialogue that ensures participation of women and the youth;

8. Re-emphasizes the imperative of political compromise and broad based consultations, as well as the return to transparent dialogue and nationwide consultations amongst the Somali political stakeholders, including the FGS and FMS; and thereby affirms the readiness of the AU to support such a process of dialogue through facilitation and mediation, which will identify new ways to reach consensus on the elections modalities and workable calendar;

9. Accordingly requests the Chairperson of the AU Commission to immediately appoint and dispatch to Somalia, a High Representative as Special Envoy for Somalia, to work with the Parties and other concerned stakeholders, with the support of the Special Representative of the Chairperson of the Commission and Head of AMISOM, to reach a mutually acceptable compromise, and to report back to Council within the next four weeks;

10. Underscores the need for the Somali Parties to negotiate in good faith in search for an agreement that would allow for the holding of elections and establish a stable and inclusive political atmosphere;

11. Expresses AU’s determination to assist the Somali authorities and stakeholders to implement a consensual electoral arrangement, including through the deployment of a longterm electoral assistance mission to support efforts towards its realization;

12. Requests AMISOM, pending the renewal of its mandate, to monitor the deployment of Somali Security Forces (SSF), and to this end, requests the Chairperson of the AU Commission, to urgently convene a meetings of Troop and Police Contributing Countries (T/PCCs), at ambassadorial level, as well as of the Military Operations Coordination Committee (MOCC) at the level of Chiefs of Defense Staff, to consider the security implications of the current political impasse, as well as to map options for addressing and mitigating them;

13. Calls on IGAD and the International Community, including the UN and the EU, as well as other key bilateral partners, to continue to work with the AU to bring the Somali parties back to the negotiating table and to assist them to reach a peaceful political settlement;

14. Decides to remain actively seized of the matter.