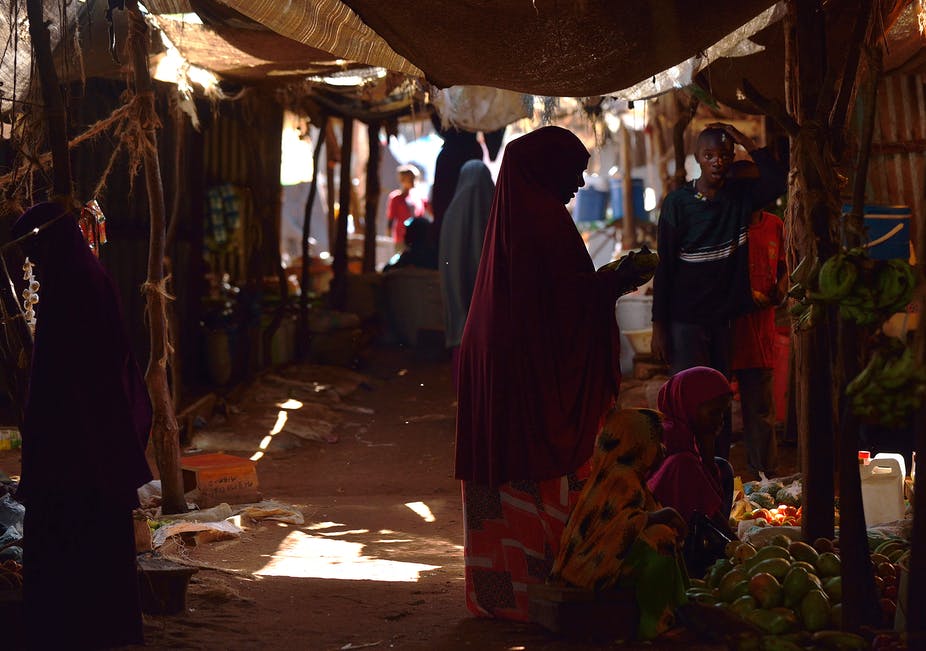 In March 2021, the Kenya government gave the United Nations High Commissioner for Refugees a 14-day ultimatum to submit plans for the closure of the country’s two main refugee camps. The camps in northern Kenya – Dadaab and Kakuma – hold more than 400,000 people. Kenya emphasised there would be no room for further negotiations.

Planned terror threats from the two refugee camps were cited as the main reason behind the closure. Citing similar threats, Kenya attempted to close Dadaab camp in 2017. The plan was blocked by the country’s high court, which called the move unconstitutional.

The Dadaab complex was first set up in 1991, when refugees fleeing the civil war in Somalia started to cross the border into Kenya. Today the complex houses 224,462 refugees. Most are from Somalia. But there are also migrants from South Sudan, Sudan, Somalia, the Democratic Republic of the Congo, Burundi, Ethiopia and Uganda.

But how does Kenya’s argument fit in with its legal, and moral obligations?

In a 2018 paper I set out to address why Kenya’s arguments that Somali refugees – and refugee camps – are falsely, and in blanket fashion, cast as abetting terrorism. Kenya has repeatedly  framed Somali refugees as a threat to national security. It’s pretext has been the periodic terror attacks carried out by the Somali-based terrorist group Al-Shabaab.

My argument is that the Kenyan state has labelled refugees as a threat to national security so that it can prioritise the implementation of refoulement – the forced repatriation of refugees.

In my view Kenya’s disregard for the doctrine of non-refoulement has implications for its international standing as a key host country for refugees. The country’s Constitution and Refugees Act are compatible with international law. But the state has failed to comply with the law.

Under the guise of security, the state has abused its executive authority and disregarded its commitments to international humanitarian obligations. By securitising refugees – in this case accusing them of instigating acts of terror – the Kenyan government is compromising their social, economic and political rights as set out in international law.

I conclude that the Somali refugees should not be compulsorily returned to Somalia – unless an exception applies in an individual case.

Kenya’s case – according to the law

The 1951 Convention on the Status of Refugees prohibits states from returning a refugee or asylum seeker to countries or territories where the person’s life or freedom would be threatened. This could be on account of race, religion, nationality, membership of a particular social group, or political opinion.

Exceptions to non-refoulement on grounds of security are stipulated in Article 33 (2) of the convention. This provides for the withdrawal of refugees rights. These exceptions have the potential to overrule non-refoulement.

But I argue that Kenya has derogated from its responsibilities of protecting refugees by citing threats to national security.

Somali refugees forced back home face considerable risk. For example, Somalia cannot guarantee the sustainable safety and dignity of returning refugees. This is because the state is virtually absent in large parts of the country. In addition, there are limited livelihood opportunities and a lack of basic services and poor infrastructure.

If the government wishes to repatriate on the basis of internal security, it needs to consider this on a case-by-case basis. In other words it needs to assess whether an exception applies in an individual case.

But, in my view, a decision made by a refugee to voluntarily return home must be qualified. A number of factors challenge refugees’ rights to make genuinely voluntary choices based on free will.

These rights-based concerns are repeatedly raised by the UNHCR whenever Kenya threatens to close refugee camps.

Kenya’s high court has once again blocked the closure of two refugee camps, albeit temporarily. Meanwhile, the UN refugee agency has proposed a set of measures for refugees living in the Dadaab and Kakuma refugee camps. These rights-based measures include:

Kenya’s argument that refugees are threats to national security to justify the closure of refugee camps and forced repatriation of refugees compromises its moral and legal obligations to protect refugees. This erodes its international image as a country that has hosted refugees safely for a long time. It also more has serious implications for refugees by threatening their safety from disease, hunger and repression when forcibly returned to their home countries.