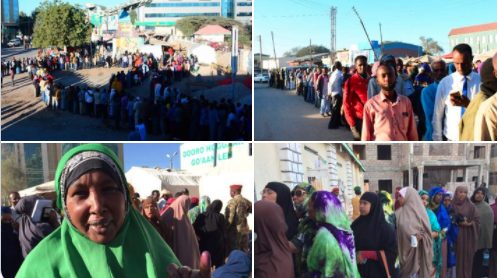 Thirty-six days from D-Day on 31 May 2021, the Somaliland National Electoral Commission (NEC) publishes the list of candidates running for local council membership in 23 nationwide poll districts.

Lists of candidates running for parliament will be out in the coming few days, too.

There will be 1,642 Poll stations spread over 6 poll regions at which voters will decide their favoured candidates to represent at local municipal councils.

As can be read from the lists copied at the bottom of the page, the three national parties – UCID, KULMIYE and WADDANI – do not have the same numbers of councillors running at each district. A part may have more candidates running on its ticket than one or both of the others. It depends on who wants to run on what ticket is a voluntary choice and not mandatory as party choices go.According to the figures the Electoral Commission released, nearly 1.3 million eligible voters have registered for voting.

The number of registered voters has another, unintended significance for the nation: it is a testimony to the fact that the Somaliland population is much higher than often quoted.

The number of people living in an average Somaliland household is seven. Out of these two may have had the opportunity or the eligibility to register in proper urban settings. But, as the Somaliland population is more in the countryside or on the move than in sedentary localities, it is very unlikely not more than 1 person may have had the chance to register in three or more nomadic families. Children, the infirm, the elderly are taken into account when estimating populations or conducting a census.

It is safe to estimate that the number registered for voting is – at most – one-fifth or one-sixth of the population.

The upcoming parliamentary and municipal election will be Somaliland’s 7th one-person, one-vote election in addition to the 2001 constitution referendum which started off the 1V-1P exercise successfully.

Presidents Dahir Rayale (2003), Ahmed Mohamed Mohamoud ‘Siilaanyo’ (2010) and Musa Bihi (2017) Abdi all changed places through this rare democratic practice in the Horn of Africa. The late presidents, Abdirahman Ahmed Ali (1991) and  Mohamed Haji Ibrahim Egal (1993, 1997), before them, were elected on the selection process which Somalia to the south cannot, even, yet perfect after 30 years since the two sides separated in 1991. 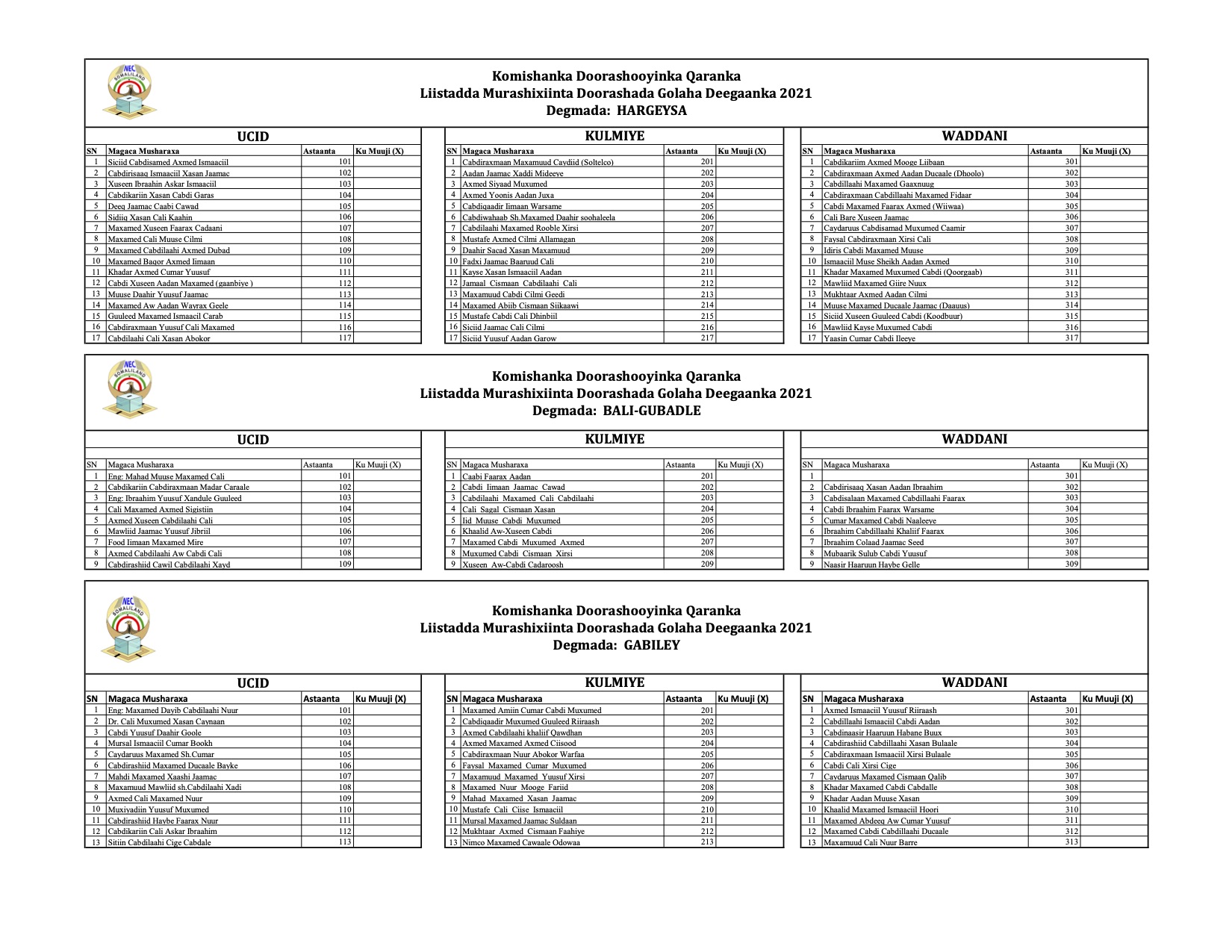 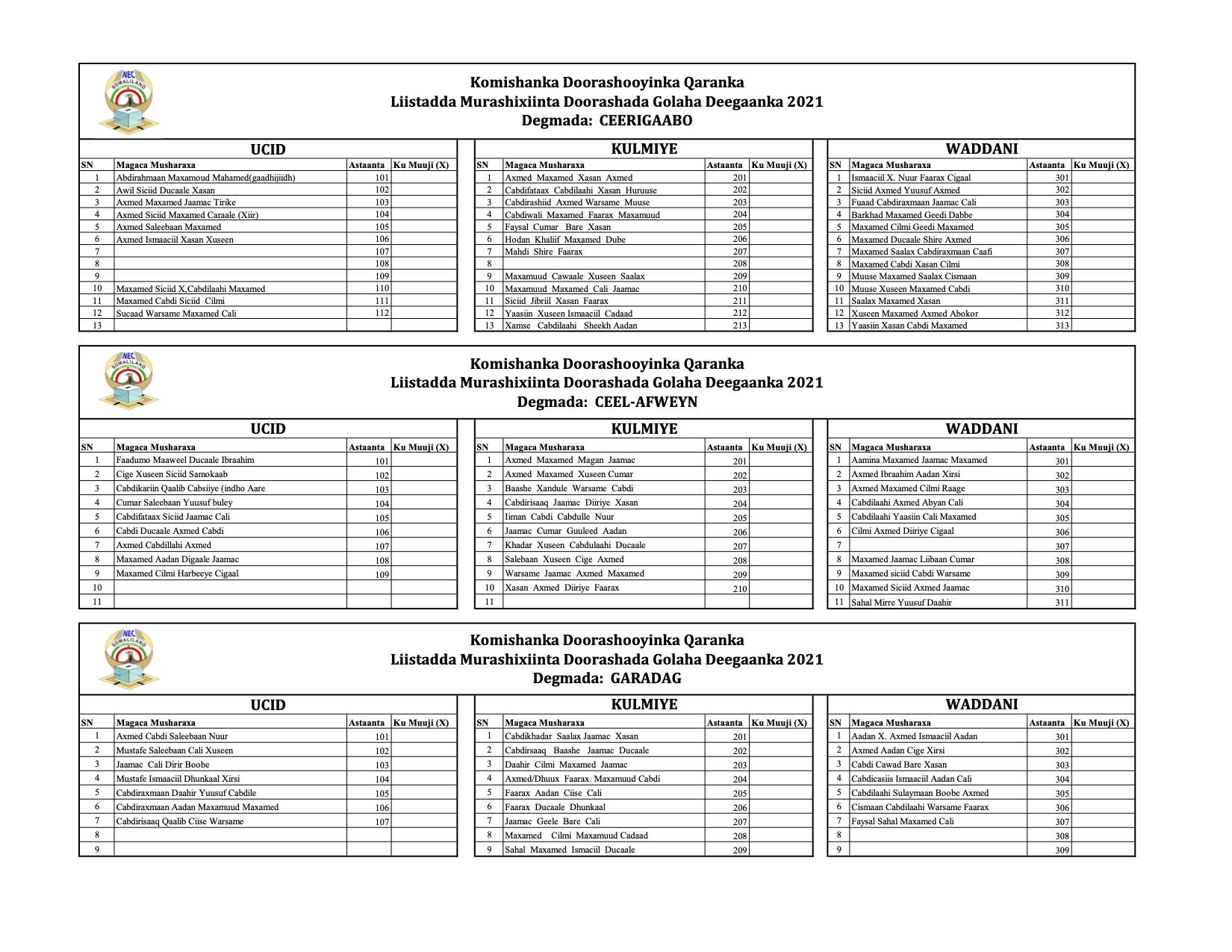 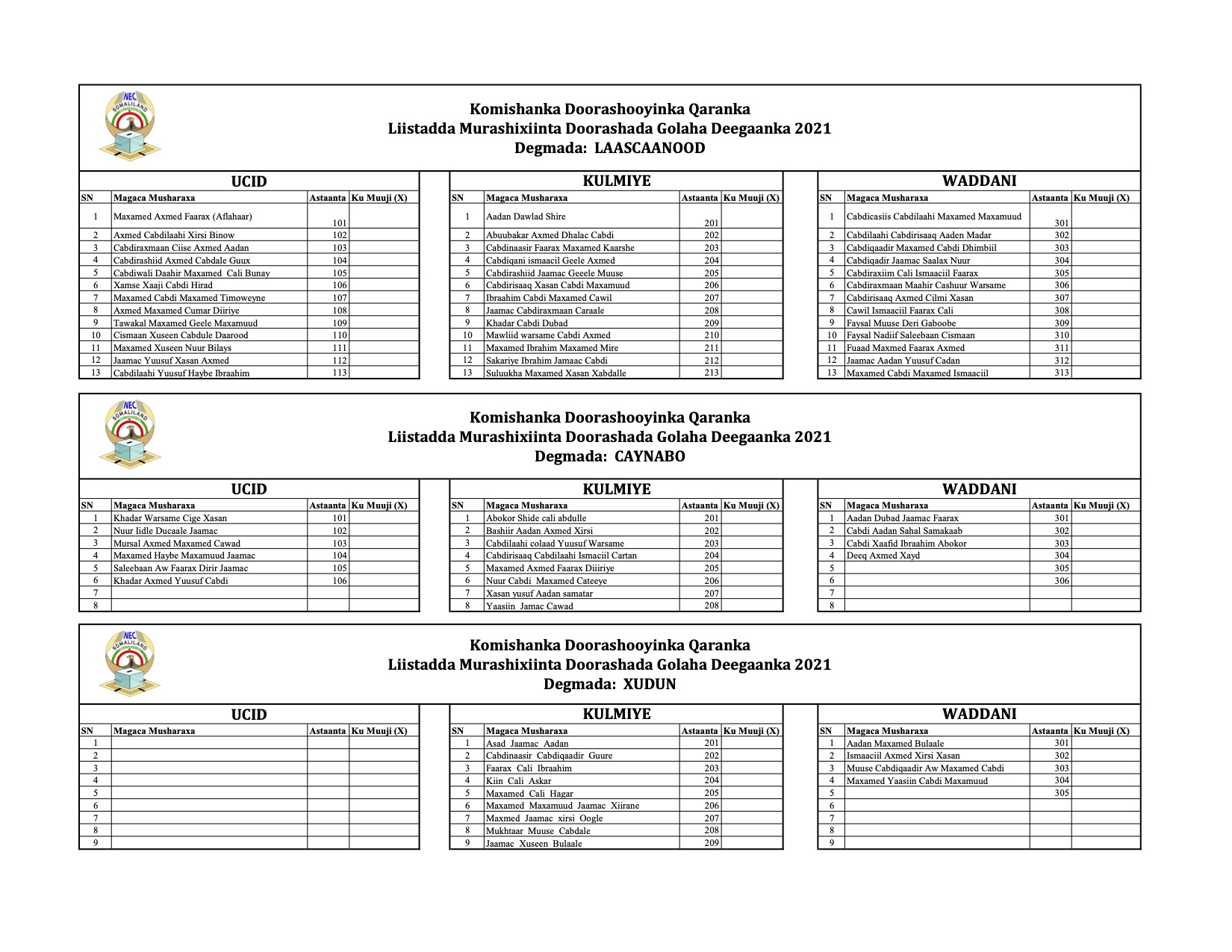 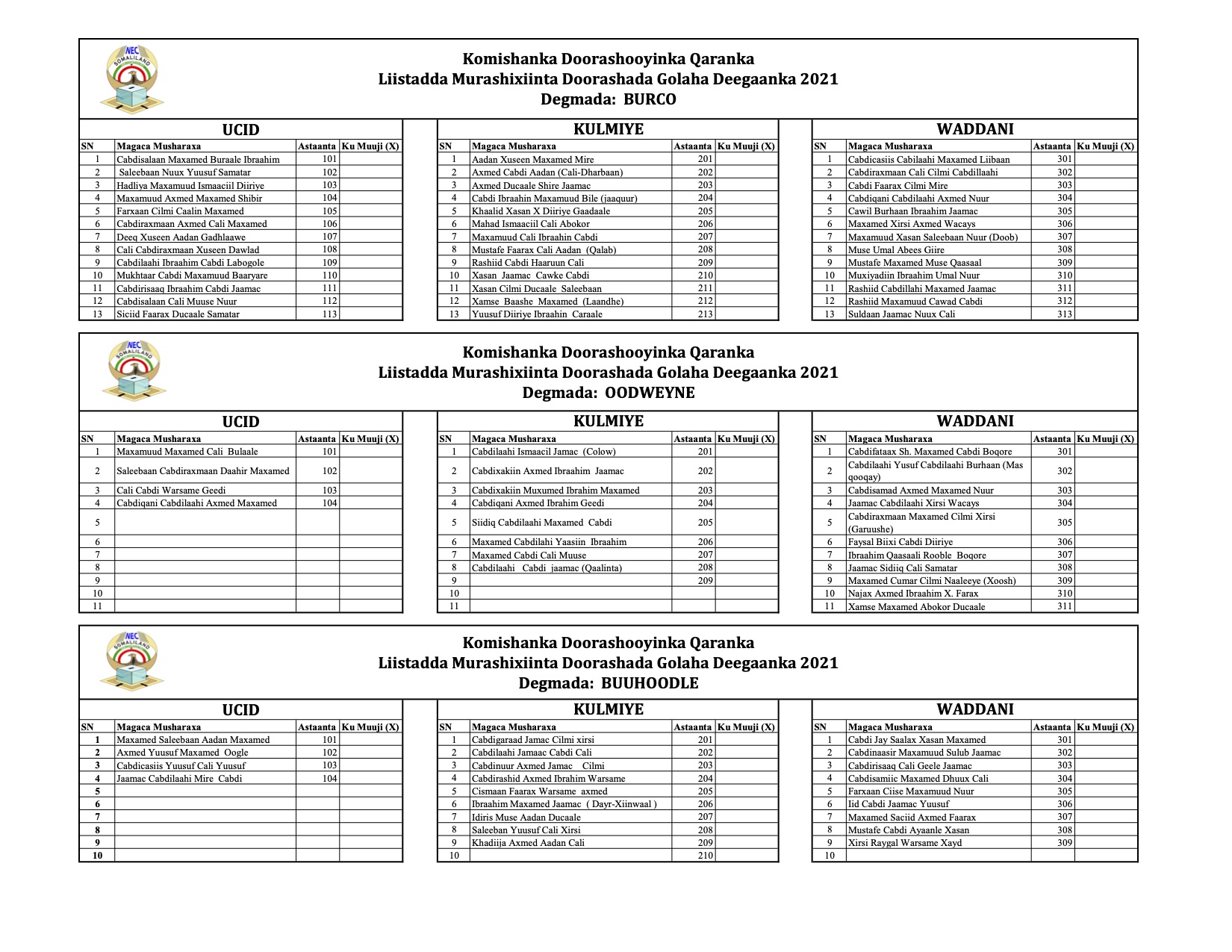 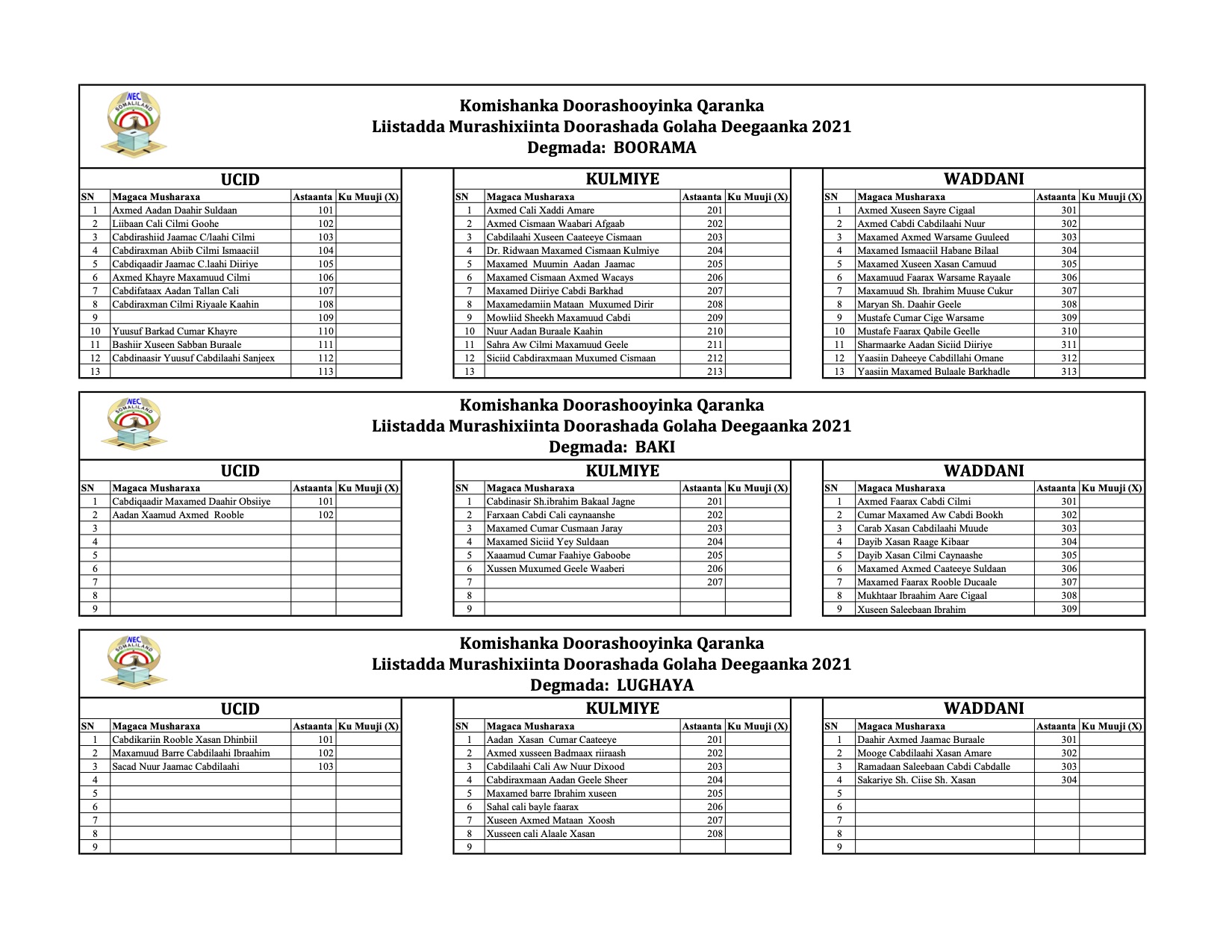