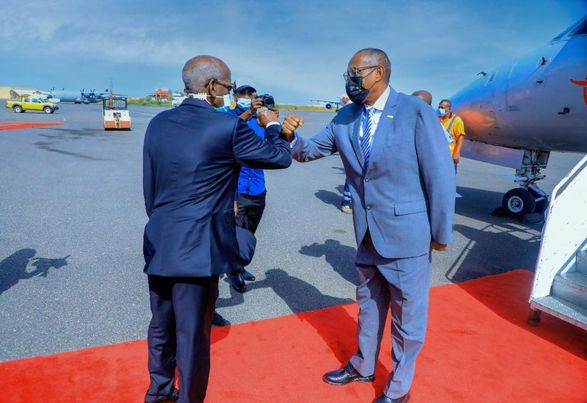 In what analysts term as thawing relations between the two neighbourly Horn of Africa countries, the Republic of Djibouti, today, accorded a state reception of the highest order to His Excellency the President of the Republic of Somaliland, Musa Bihi Abdi.

President Bihi was received at Humbuli airport by Prime Minister Abdulkadir Kamil Mohamed laying out the red carpet, guard of honour and all.

following a brief stop at the VIP lounge where the two leaders exchanged views and pleasantries, the Somaliland delegation was led to a residence where other world leaders attending the ceremony will be staying.

President Bihi and the delegation he led are part of regional and world leaders attending the fifth inauguration of the President of Djibouti, Ismail Omar Guelleh, who had been recently elected to a fifth term unchallenged.

Somalilanders often criticized Djibouti for bowing to Mogadishu pressure despite the fact that it shared inseparable history and strong kinship with a Somaliland it shared borders with. Djibouti appeared to occasionally forget that it was not Somalia but the people of Somaliland who fought tooth and nail for its independence standing firmly behind Djiboutians in their protracted, often painful struggle for independence.

Djibouti is one of five Somali-inhabited territories whose anticipated union led to Somaliland’s hasty merger with Somalia in 1960. The others were Kenya’s northeastern province and eastern Ethiopia.

Accompanying the President on this trip are the Acting-Foreign Minister, Liban Yousuf Gahnug, the Minister for Information, Suleiman Yussuf Ali Koore and Minister for Defense, Abdiqani Mohamoud Atteye.

All protocols are fairly observed in Djibouti.

The Prime Minister of Republic of Djibouti equitably received the leaders of the East & West of Africa countries at Xunbuli Airport. The four leaders will attend the inauguration ceremony of President @IsmailOguelleh. pic.twitter.com/VLYDIez2rV 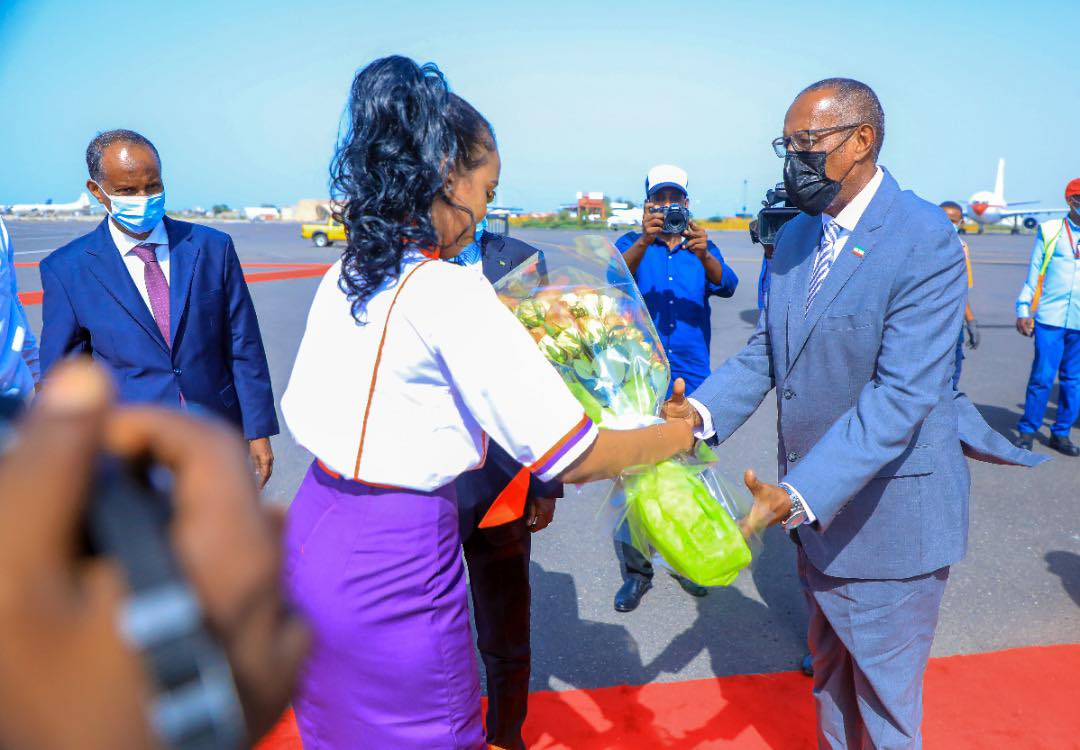