SomTribune
Home Sports Klopp Aghast at Carragher, Neville Omission of Salah from Team of the... 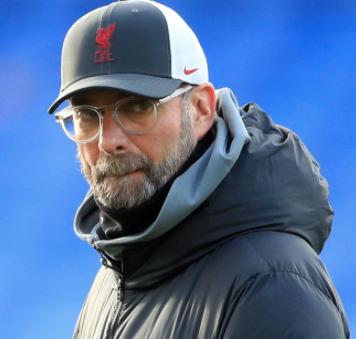 Jamie Carragher and Gary Neville have both been taken to task by Jurgen Klopp over their decision to both overlook Mohamed Salah from their Premier League Teams of the Year.

The Egyptian has enjoyed another prolific season at Anfield. He netted  his 30th goal of the campaign in Thursday’s 4-2 win at Manchester United. His composed finish sealed the win and handed Klopp’s side new impetus in the race for a top-four finish.

Klopp used his presser on Friday to claim Salah was in his top-two signings of all time, alongside a man he brought to Borussia Dortmund.

But the Reds boss was left slightly aghast by Carragher and Neville both ignoring Salah when naming their Premier League Teams of the Year.

That left Klopp slightly bemused. And while he claims Salah may be undervalued by the experts in the game, he insists everyone at Anfield fully appreciates their Egyptian King.

“Yes [I am surprised], of course, but it is about the team and about 11 players, it’s a normal thing,” Klopp said.

“They all know what they did and all these kinds of things.

“I cannot have any influence over that [Team of the Year decision]. Is he sometimes underappreciated? I would say yes, but that is the world not to change.

“Other people make decisions about that. I am not sure it is the most important thing but does he deserve [to be included]? Yes.

“But I have no idea who is in that Team of the Year, so I don’t really say a lot about it.”

Meanwhile, Klopp was asked whether he thought his side could now make the top four after a dramatic week.

“These three remaining games can give us an extremely positive outcome, but our season will not be defined by these three games. The season was full of different problems – we have to recover and fully focus on WBA,” said Klopp’s, whose men won 4-2 at Man Utd.

“If we can make the Champions League, that would be really, really good.

“We have to be prepared, strong and focused. It is a tricky one.

“Most of my life I have been in a chasing role! I am used to it. It is a normal situation and a good situation. Most seasons I am involved in go to the wire! All good, exciting and last night was very much needed.”

“It has been a long season – the schedule is tough but let’s give it a try.”