His Excellency the President of the Republic of Somaliland, Musa Bihi Abdi, today, received monitors observing the 31st May parliamentary and local councillors elections.

The two sides exchanged pertinent facts about the election on hand, and how critical it was to the country and the region.

President Bihi hoped that the first-hand observation of the elections by the monitors and the reports they will be sending back to the world would be of tremendous use to the country’s three-decade quest for international recognition. The observation of the international teams will once more showcase how unique the Republic of Somaliland is on many scores among which were its grassroots governance and peace-building, relatively little-supported initiatives and the vibrant democracy it has built all of which are rare models that can be replicated to the world for use on similar situations.

Leading in the monitors at the Presidential Palace were the Director of the South African Brenthurst Foundation, Dr Greg Mills, the former President of the Republic of Sierra Leone, Dr Ernest Bai Koroma, and Dr Kizza Basigye, a formidable Uganda opposition figure and their presidential candidate, respectively.

Since arrival, monitors had been working full-time attending NEC briefings, meeting with party leaders, representatives of foreign missions and international organizations – among others.

Members of the Somaliland Election Monitoring Mission, including @BrenthurstF, attending a briefing the National Electoral Commision in the Hargeisa. pic.twitter.com/aLqWjELASS

Understandably, for some of the monitors coming to Somaliland for the first time, families and friends they left behind got worried. Naturally, they did not know how to make a distinction between the 3–year-old thriving, stable democracy in the Horn of Africa and by the Gulf of Aden and the troubled, media-dominating country to the south that is Somalia.

One of the monitors, Gwen Ngwenya of South Africa, inundated by floods of well-wishing and ‘take care’, ‘stay safe’ messages, explained how far apart the two countries were in only 24 words.

Others are for the first time fully coming to terms with how misleading and blatantly twisted was what the Somalia propaganda feeding the rest of the world about Somaliland and the nature of the merger which brought the two hitherto unrelated states together in 1960.

There was A Country. Voluntarily formed a Union with another country. And voluntarily withdrew from that Union. There is A Country. The Republic of Somaliland. pic.twitter.com/9zRywEeAfp

International observers, among others, have come from Egypt, France, Ethiopia, Sierra Leone, Germany, Kenya, New Zealand, South Africa, Zambia, Canada, Ghana, Zambia, Liberia, Tanzania, Zimbabwe, Mozambique, Nambia, UK and the US are among members of the monitoring teams who will be deployed in the different regions of the republic. 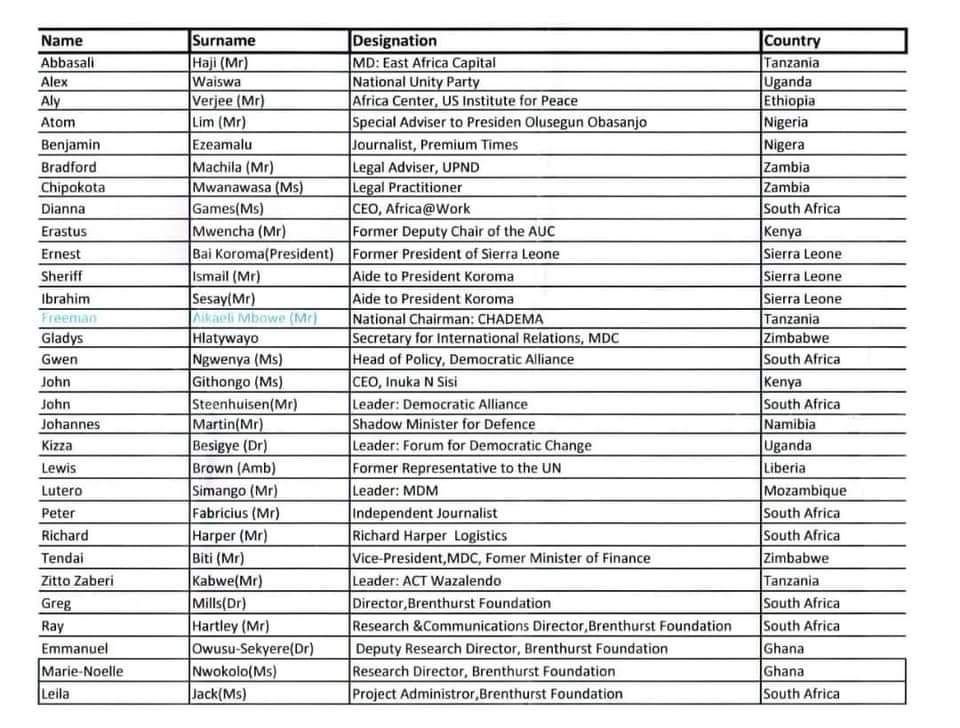 Not only monitors are here for the elections, but media organizations from around the world would also provide extra eyes on election-related activities.

Journalists representing regional and international organizations have already arrived with many more on the way.

Touched down in Addisababa this morning, escorting famous journalists from the largest media organizations in Kenya to the Republic of #Somaliland to cover factual events of our elections.@hassanmugambi of @citizentvkenya and @murimimwangi of @StandardKenya are among the crew. pic.twitter.com/airRYZ46T3

The Republic of Somaliland is among a handful of countries that have tested out and successfully put the novel Iris Biometric Voter Verification System (IBVVS) to good use. It has already exchanged places for two presidents and would be used in the double elections scheduled for Monday.

Somaliland has proven that it was a rare breed in the Eastern and Horn of Africa region when it came to universal suffrage polling. It has put behind it 7 elections and voting exercises including a public vote the national constitution was put to in 2001 – the very first one in the country’s 1P-1V track history.

The upcoming May 31st twinned elections will be the eighth.

We left our homes and went to the other cities of #Somaliland to work for our nation's elections of parliamentary and local elections which will be held on 31st of this month. Civil service pic.twitter.com/2HB3JzbGDM

The Somaliland Electoral Commission has readied more than 30 000 personnel to be deployed around the polling stations.

Likewise, more than 11 000 fully-equipped and motorized police officers will spring to duty on May 31.

An internationally recognized Somaliland, in the hope that three other Somali-inhabited regions then living, respectively, under French rule, Ethiopia and Kenya, rushed to an ill-thought of merger with Italian Somalia on 1 July 1960 – the day the latter gained independence.

The union failed right from day one. Somalia, not adequately attuned to the zeal and fervour of the Somaliland side for the Greater Somali Republic, started off the merger by trowing the prepared Act of Union out of the window, taking all key positions, rigging a referendum to decide the union fate and sentencing officers who attempted to take back Somaliland to its pre-union form to death.

According to the Prime Minister who led Somaliland to Somalia at the time, the late president, Mohamed Haji Ibrahim Egal, his side was not even notified on a vote the Somalia-dominated provisional National Assembly (3:1) was putting to a two-clause, so-called Atte di Unione only coming to know of it as hands were being raised to push it through.