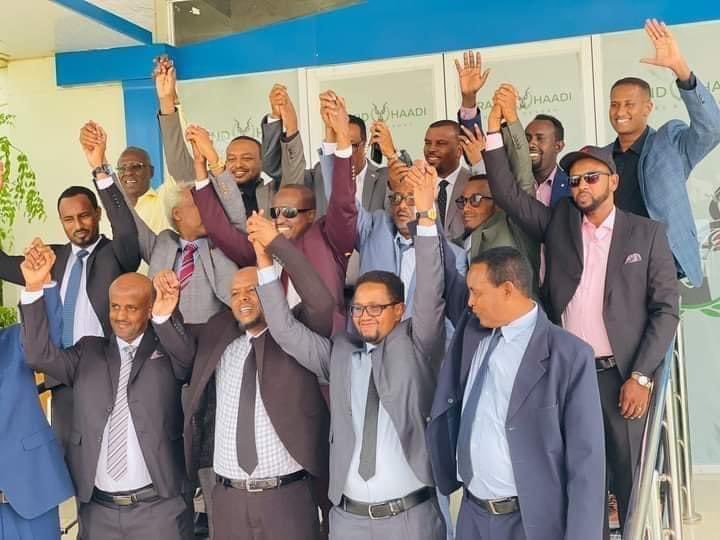 The seventeen councillors elected to the capital’s city hall were sworn in to office today.

The President of the Regional Court of Maroodijeeh (Hargeisa) conducted the ceremony where all 17 councillors participated.

The councillors are, nominally, expected to ‘elect’ a mayor from among themselves on Thursday, 17 June. 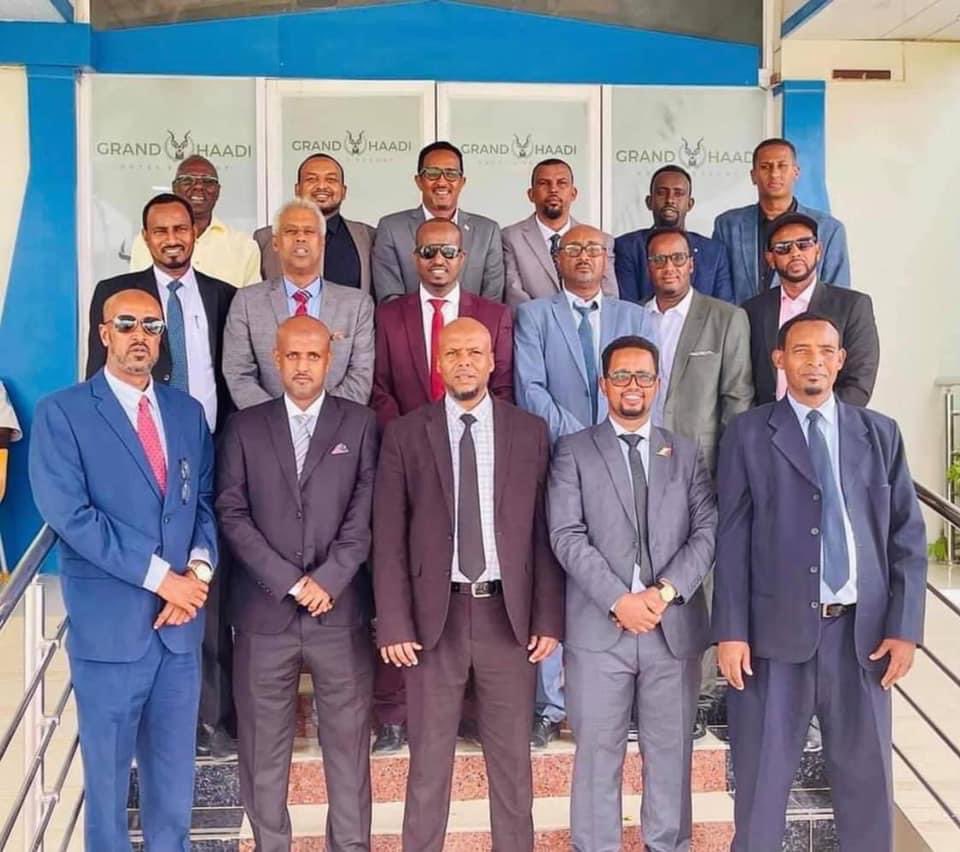 Abdikarim Ahmed Moghe, who ran on a Waddani opposition party ticket is already slated for that position.

His most serious competitors, Abdirahman Mohamed Aideed ‘Soltelco’, a ruling party (Kulmiye) member) and Saeed Abdisalam Cudhay had dropped out from the race voluntarily but not without a nudge or two from the President for Soltelco, and from the UCID party Chairman for the other.

Councillors can overturn the expected outcome but it is unlikely they would do so come election time given the movements and behind-the-scenes politicking which had surrounded the candidacy for the leadership of the Hargeisa City Council of recent, observers argue. 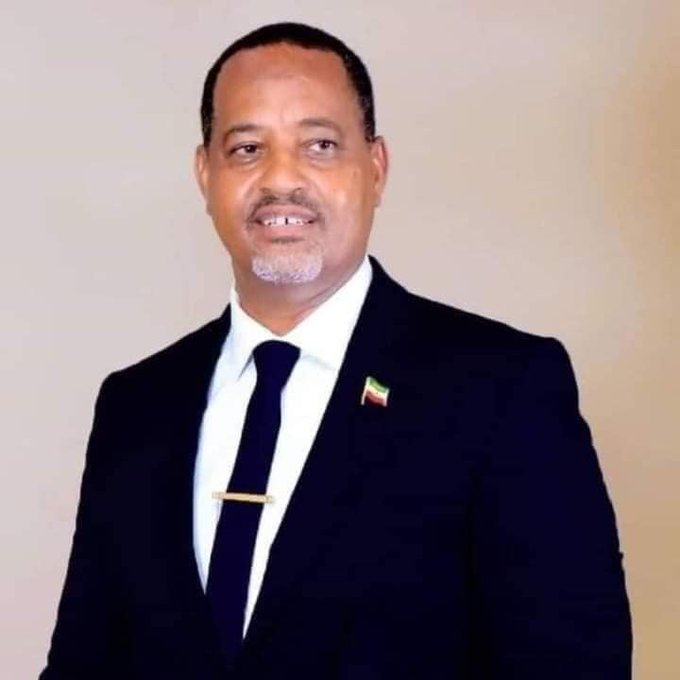 The new Mayor’s most contentious challenger, Mohamed Ismail Ibrahim ‘Dable’, a businessman and a former military officer, did not attend the election, intentionally absenting himself.

He, however, conceded his withdrawal from the race, congratulating the new Mayor-elect in person. 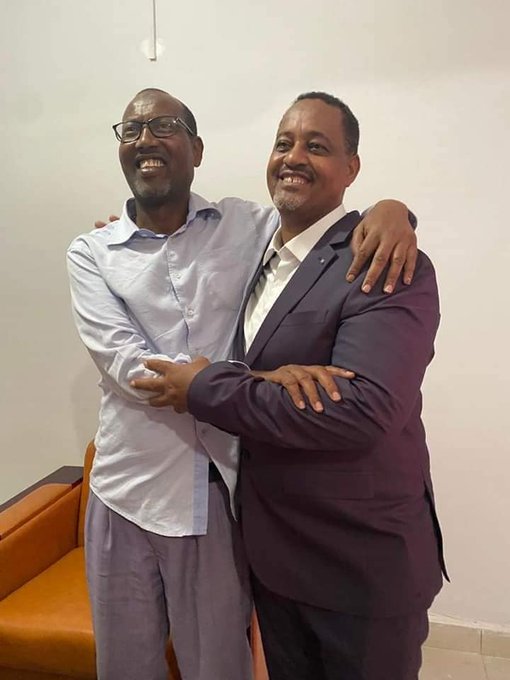 Hargeisa, the capital city of the Republic of Somaliland, and Berbera, the commercial, strategically positioned Red Sea port, constitute the two topmost councils in the 23-district Republic.

A number of regional and district level courts have already officially verified district councillors among whom are Burao, Borama, Taleh, Erigavo, Garadag and Ainaba. Some districts have picked their mayor, others are to within the next two to three days. 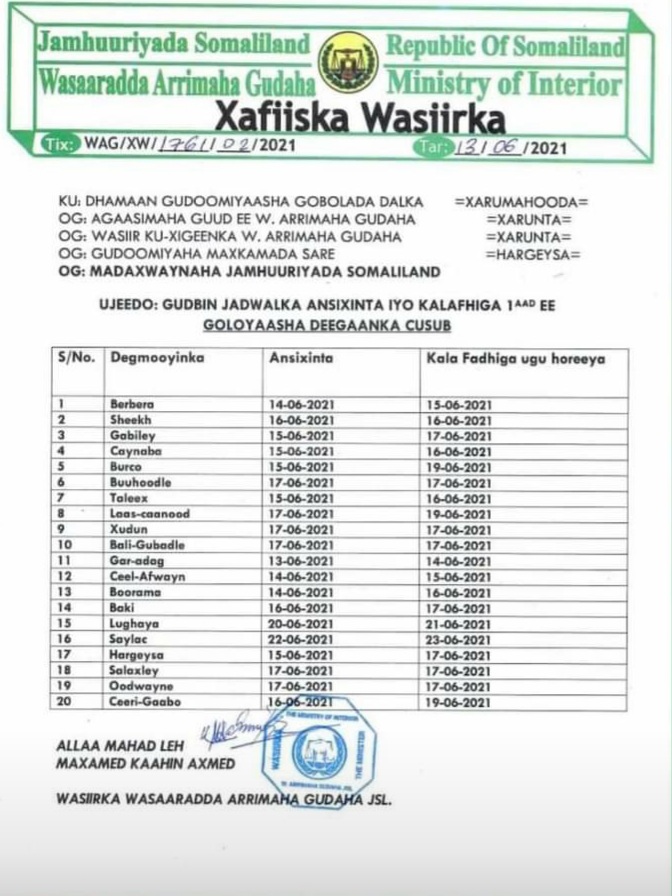 Following the swearing-in of the Councillors, the newly elected MPs who ran the ruling party ticket paid a courtesy visit to the President, Musa Bihi Abdi, and the Vice President, Abdirahman Abdullahi Ismail, at the Presidential Palace.

The President wished them a responsible term during which they should focus all their energy, education, experience, know-how and thinking on the development of the republic to reward the electorate that banked their trust in them.

The move, according to analysts, was designed to allay concerns of Kulmiye party members and supporters who were thrown off by how the President, the Party Chairman, denied a Kulmiye hopeful the mayorship and gave it to an opposition member. The president’s gesture threw the whole party democracy into disarray with many questioning who had a right to do what in scenarios where party politics collided with consensus.

Somaliland successfully conducted a highly lauded double election for parliament and local councils on May 31.