Home World News/International Africa Where Is the Africa-China Trade Relationship Headed In 2021? 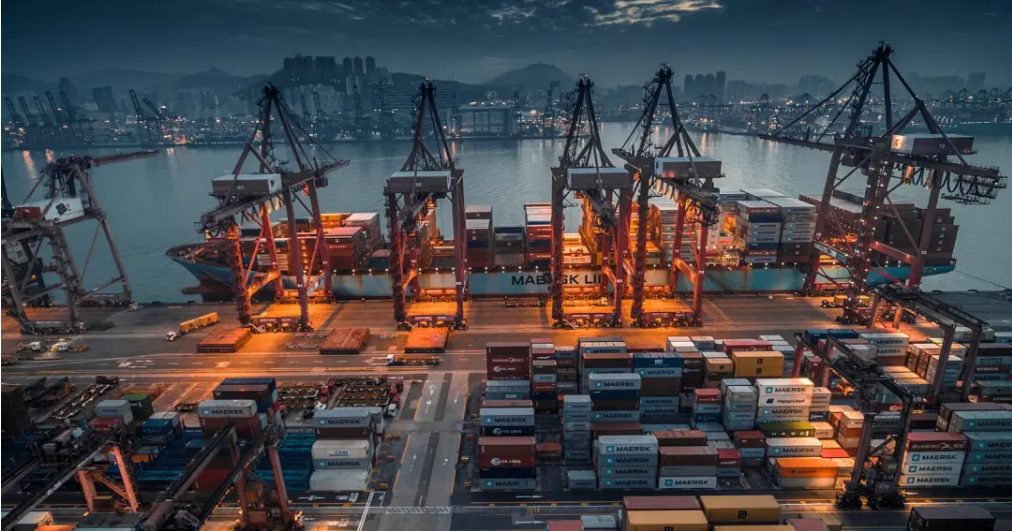 There is no doubt that 2020 was the year that put the China-Africa relationship in the spotlight following the arrival of the COVID-19 pandemic. Early last year, African leaders worried how its citizens living in China would fare following the pandemic. The racist treatment of Africans in Guangzhou and some places in China resulted in a number of diplomatic conflicts.

Still, the attention of African leaders quickly turned to controlling the pandemic within their respective borders. Africa carefully watched as China and other Asian countries strive to contain the global pandemic, and they realized they also had to take action.

More than seven African countries closed their borders through the African Centers for Disease Control and Prevention’s coordination. The fast response of African countries ensured that there were limited COVID-19 cases throughout 2020 to date.

However, Africa-China trade waned, leading to numerous inflationary effects, and Chinese workers left projects in Africa. The Africa-China relationship took another turn as the Chinese government and private organizations such as Jack Ma Foundation offered medical help to African countries.

China’s Ministry of Commerce (MOFCOM) released some updated figures early this year on trade with Africa that tell a more positive story than many would have believed.

China has a new policy known as the “Dual Circulation Policy,” which should significantly influence its trade with African countries. China’s Dual Circulation policy aims to boost China’s own domestic demand, steer production away from export, and reduce the economy’s reliance on the US and other Western countries for overseas markets and technology.

This policy could benefit Africa if China diversifies its trade relationships away from the West and redirects them towards Africa. However, if China focuses entirely on becoming self-sufficient, then trade with Africa may contract as well. Africa’s trade entry into the Chinese market would also require a bit of work; it will need more investments and support in manufacturing capacity in African countries, plus more relaxed immigration rules from China.

African leaders who are weighing the benefits and costs of deepening trade relations with China would need to ensure Chinese offer of trade does not create a form of dependency on Africa selling its natural resources and raw commodities that the continent has established with other developed markets.

China is also the biggest investor in African infrastructure, so the country will likely play a significant role in Africa’s industrialization and trade between African nations.

Will China loans to Africa decrease in 2021?

There are reports that China loans to Africa are decreasing. China’s lending to African countries declined to nearly 30% in 2019, according to a new study conducted by the China-Africa Research Initiative (CARI) at Johns Hopkins University. But China says the decline so far does not tell the complete picture of cooperation between China and African countries.

According to China’s 2021 White Paper on International Development Cooperation published in January, China has steadily increased the scale of its foreign aid, with a high priority to underdeveloped countries in Africa. China has allocated more than 270.2 billion yuan ($41.25 billion) for foreign assistance in three categories (grants, interest loans, and concessional loans) from 2013-2018. The country’s aid to countries in Africa accounts for 45% of its foreign assistance, followed by 37% to Asia and 7% to Latin America.

As the biggest contributor to the G20 Debt Suspension Initiative, China has suspended debt service payments worth $2.1 billion dollars of developed interest-free loans for 15 countries in Africa. These countries owe a total of $13.4 billion to China this year.

Since the COVID-19 outbreak began, China bolstered its contribution to help African countries jointly fight COVID-19 – from donating supplies to sending medical teams. Recently, China announced it was providing its domestically developed COVID-19 vaccines to almost 40 African countries. The vaccines will be sold at “favorable prices,” Foreign Ministry official Wu Peng told reporters. However, of the 683 million doses that China has already sold to date, Africa has only purchased 33 million doses, which is the least amount compared to other regions: 279 million to Latin America and 260 million to the Asia Pacific.

While assisting African countries, China also encouraged the approval and regulation on lending. Even though there was a reduction in loans in 2019 overall, the Chinese Communist Party controlled English newspaper Global Times said that China’s foreign aid to African countries will not decrease.

On the other hand, if African countries can encourage lending Chinese institutions to maintain the supply of loans in 2021 amid the chatter of a debt crisis, it will result in a closer relationship.

The 2021 Forum on China-Africa Cooperation (FOCAC)

The eighth Forum on China-Africa Cooperation (FOCAC) is slated to be held either virtually or in Dakar, Senegal, in September this year. The meeting will reflect the current state of the Africa-China trade relationship, plus other external partnerships both of them have.

The forum could also affirm China’s stance on sending more aid to Africa. China may become the primary source of COVID-19 vaccines for Africa.

Furthermore, it will discuss whether other nations that partner with Africa can surpass what China offers to the continent. For other countries to exceed China’s influence in Africa today, they will need to provide new markets for African consumer brands and other developing sectors on the continent. They will also need to have a more robust investment policy without what African countries consider to be arduous intellectual property protections.

Other trade-relationship trends concerning Africa in 2021

A trade trend this year is the strength of China’s appetite for natural resources. Nevertheless, it may not outgrow what it was in 2019 (approximately $208 billion); this is due to China’s hunger to diversify its sourcing of raw materials to avoid regional dependency for certain resources.

For instance, oil importation will move to countries like Russia and the Gulf countries. The only exception will be natural resources like cobalt and coal found in the Democratic Republic of Congo.

Also, Chinese lenders could increase their efforts to reform outstanding loans in six to ten countries in Africa with the most acute challenges to repay their debts, such as Zambia and Angola. The restructuring process will likely extend to African countries like Kenya, Ethiopia, and Djibouti. But it is unlikely that China will cancel any of its commercial and concessional loans. Instead, it will offer interest repayment moratoriums as part of the G20 DSSI, extend repayment terms and renegotiate interest rates.

Taiwan, on its part, has intensified bilateral ties with the Eastern part of Africa. Taiwan is already forming a diplomatic alliance with Somaliland, which could be interpreted as a crucial disruptor of China’s Belt and Road Initiative to develop sea and land trade routes across Asia, the Middle East, and Africa.

“Somaliland is Taiwan’s gateway to East Africa, and here I represent Taiwan in 10 East African countries, including Kenya and Ethiopia,” says the Taiwanese representative in Somaliland, Allen Chenhwa Lou. It remains to be seen if Taiwan-Somaliland relations develop into actual aid or trade relationships, or if it plays a role in disrupting China-Africa relations.

Lawrence Damilola is a freelance writer based in Nigeria, covering everything from tech to culture and lifestyle. He is a regular contributor on African Vibes (United States) and Qweens Magazine (Canada).