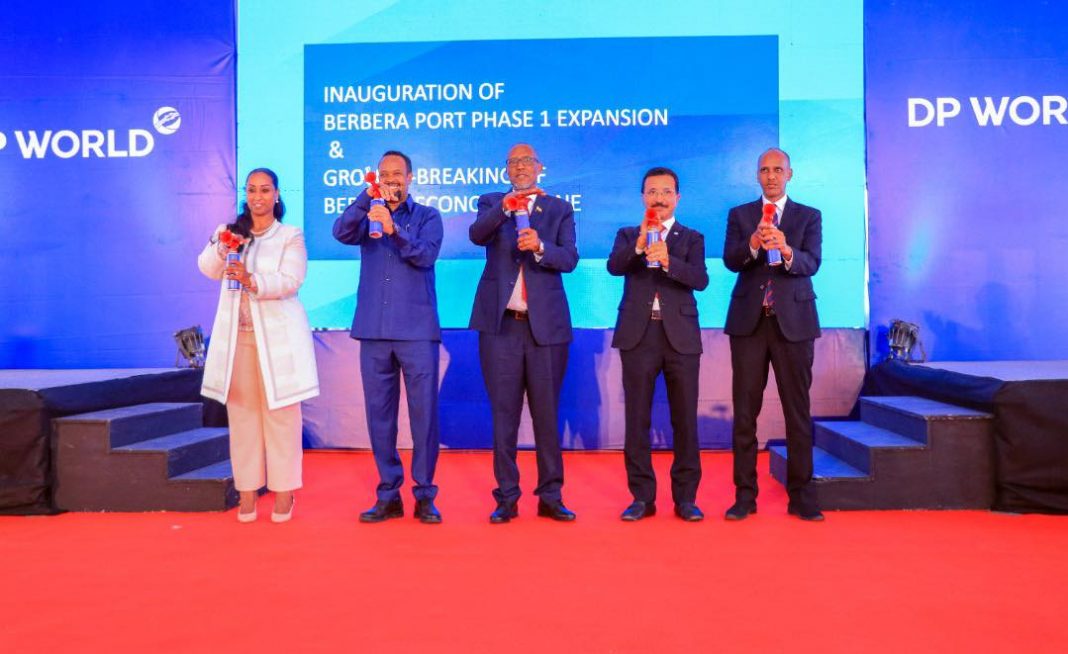 His Excellency the President of the Republic of Somaliland, Musa Bihi Abdi, speaking at the inauguration of critical quay extension added to the existing facilities of the Red Sea port of Berbera, stated that completed and planned development projects for port position Somaliland as a formidable economic gamechanger and trade hub for the Horn of Africa and beyond.

“With an expanded, along with the (development) of  a free economic zone and Berbera Corridor, we are now firmly positioned to further develop and grow our (overall) economic and trade attracting (both) international and local investment,” the President said.

“Along with the development of the Berbera Corridor, it will transform Berbera into an integrated maritime, industrial & logistics hub in the Horn of Africa,” the leading Dubai-based ports developer and manager later tweeted.

Again, President Bihi expressed how profoundly the development of the port will affect the country’s economy sending it on an upward trajectory and how, at the same time, the region will benefit from a state-of-the-art port.

“I am very grateful to DP World for turning our dreams into reality as the completion of the 1st phase of Berbera port Expansion is inaugurated. Now, Berbera Port is a regional trade and logistic hub, and it will be a global centre of trade and logistics,” he tweeted.

The President, in his address at the inauguration. ceremony, set a special moment aside for his predecessor, mentor and long-time friend, Ahmed Mohamed Mohamoud ‘Siilaanyo’ during whose term the multi-million-Dollar DP World Berbera development scheme began.

“We want to thank and to remember our (former) President, Ahmed Siiolaanyo, who had inaugurated this idea, and we are continuing his vision,” President Bihi said.

Sultan Ahmed bin Sulayem, Group Chairman and CEO of DP World, co-launched the completed phase of the new quay and the beginning of another 600-metre second which will make the extended facility one of the largest – if not the largest – port facility in Africa capable of handling over 2,000, 000 TEUs a year.

“Today, I am pleased to have joined H.E. Musa Bihi, President of Somaliland, to inaugurate the new container terminal at Berbera Port, following completion of the first phase of the port’s expansion as part of its development into a major regional trade hub,” he said. 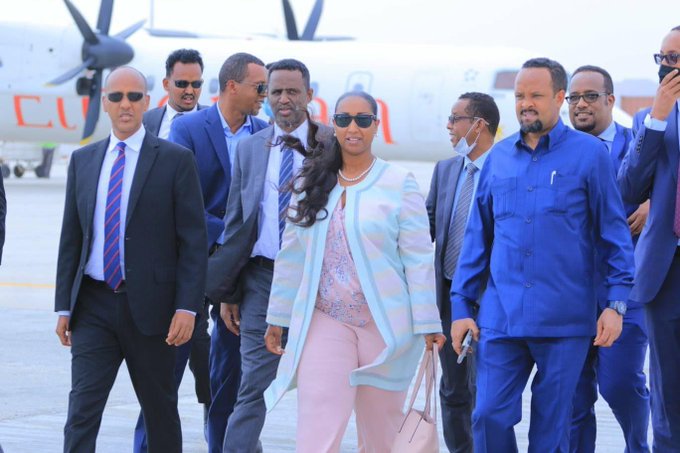 Ethiopia sent a high-charged, calibre-packed delegation to the inauguration. It was led by the powerful Ahmed Shide, Minister of Finance and included Dagmawit Moges, Minister of Transport and the President of Eastern Ethiopia’s young, charismatic President of the Somali State, Mustafa Omar.

“As Ethiopia grows, there is an urgent need for us to develop additional transport corridors to cope up with the growth. And port diversification is expected to play a leading role to do so,” Minister Dagmawit Moges stated.
“Today’s opening of new container terminal at the Port of Berbera signifies Ethiopia’s focus towards increasing regional trade,” she tweeted.
Ms Moges reaffirmed that her ministry has already rolled out the implementation of its 10-year perspective plan and that improving logistics service efficiency was among the four thematic pillars of the plan.
The significance of the attendance of the high-level Ethiopian delegation did not escape the attention and appreciation of Somalilanders.
Other delegates attending the ceremony came from Kenya, Guinea Bissau, Niger.
The inaugurated 400m-quay has a deep draft of 17m and has ready and standing by three ship-to-shore gantry cranes and 8 rubber-tyred gantry cranes (RTGs) ready to raise the current 150 000 TEUs capacity to 500 000 TEUs a year immediately. 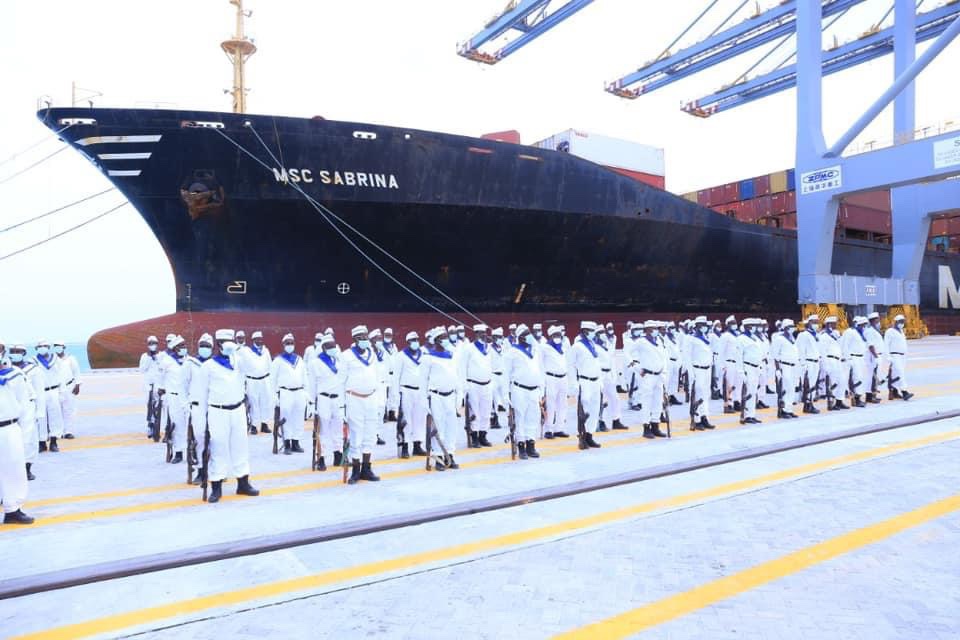 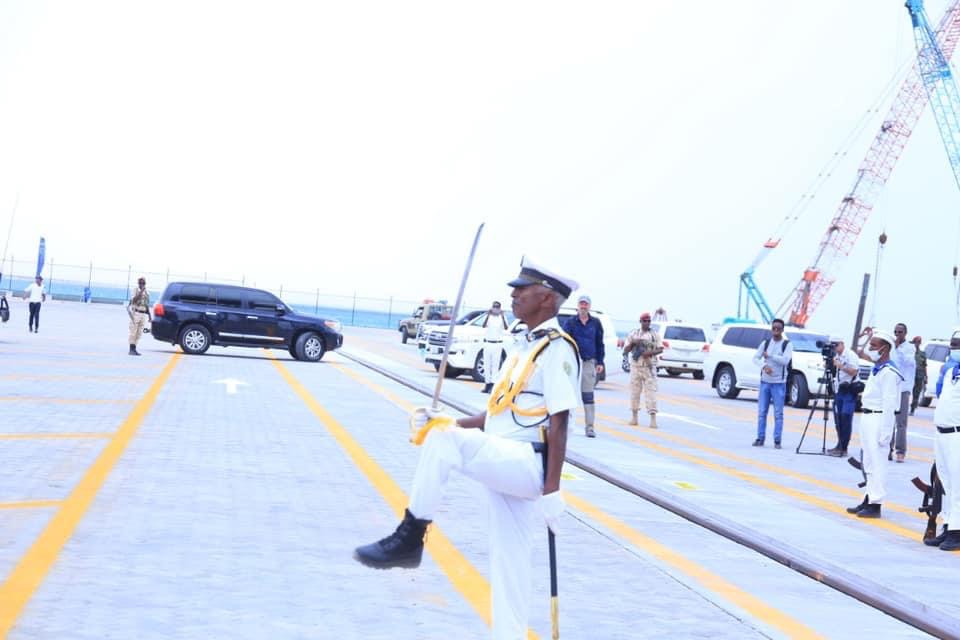 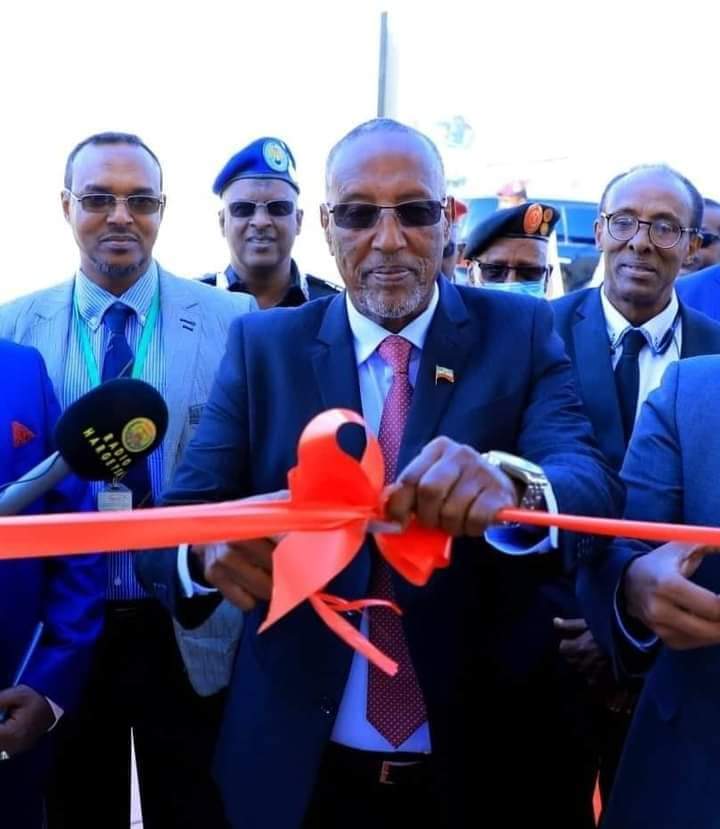 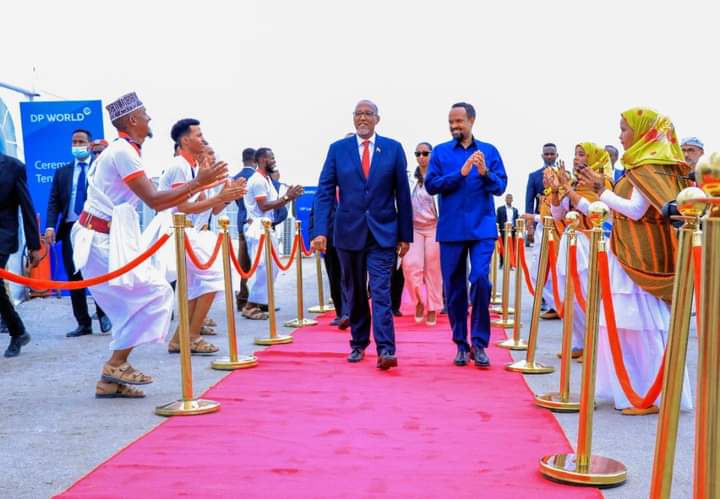 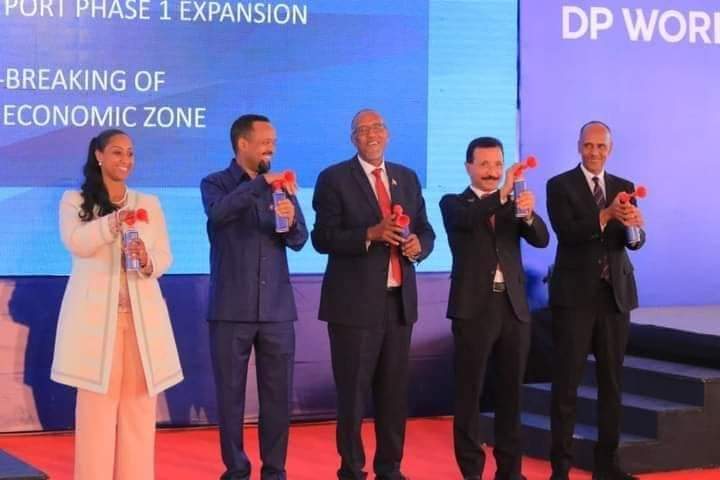 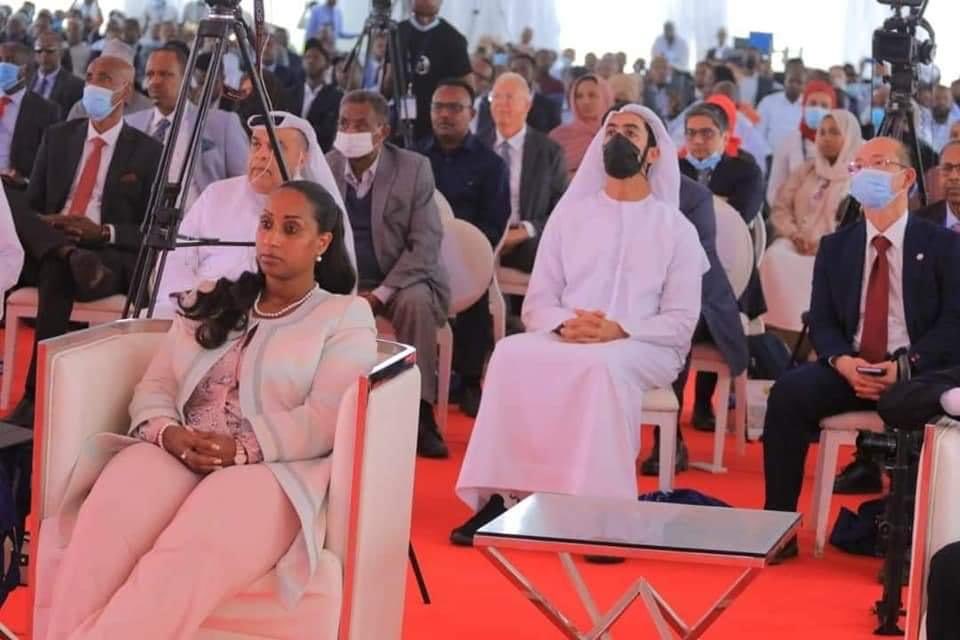 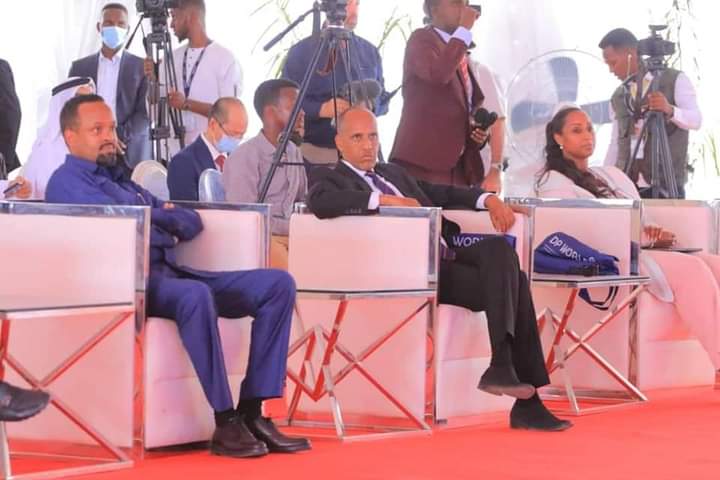 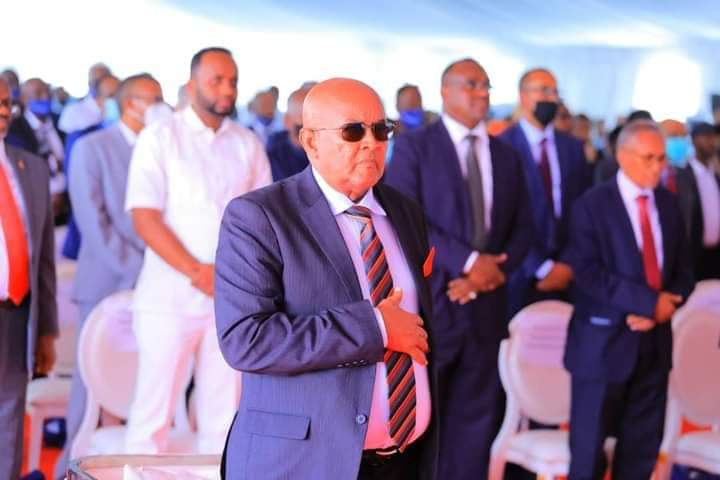 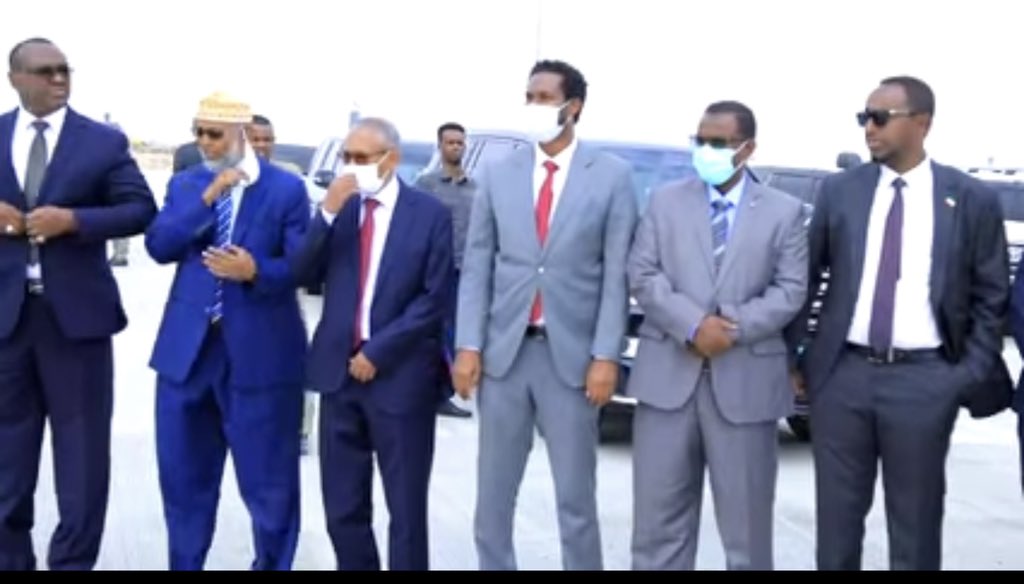 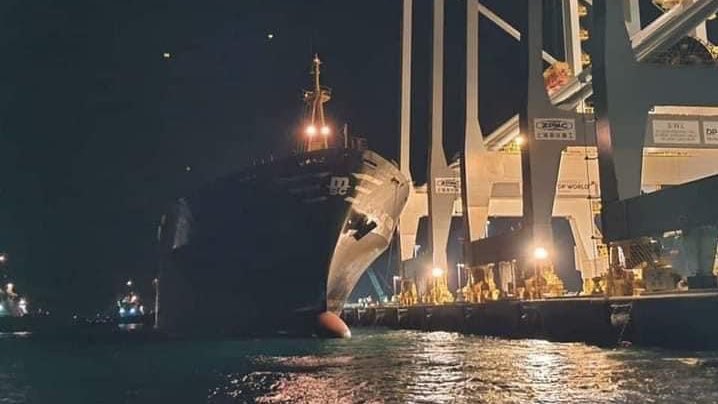 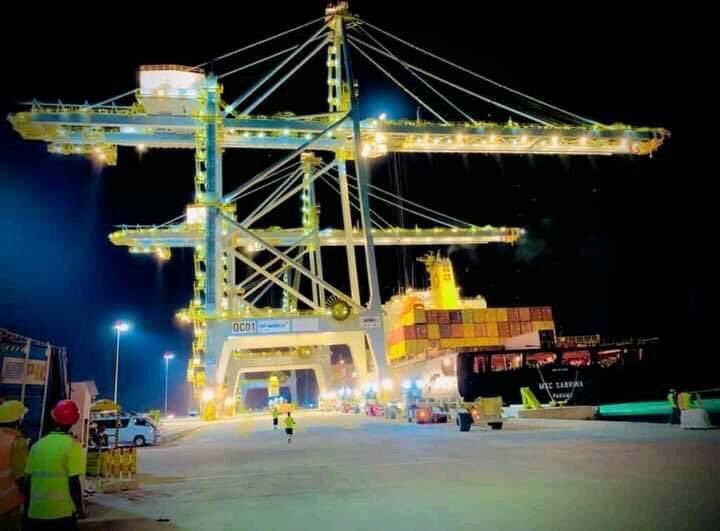 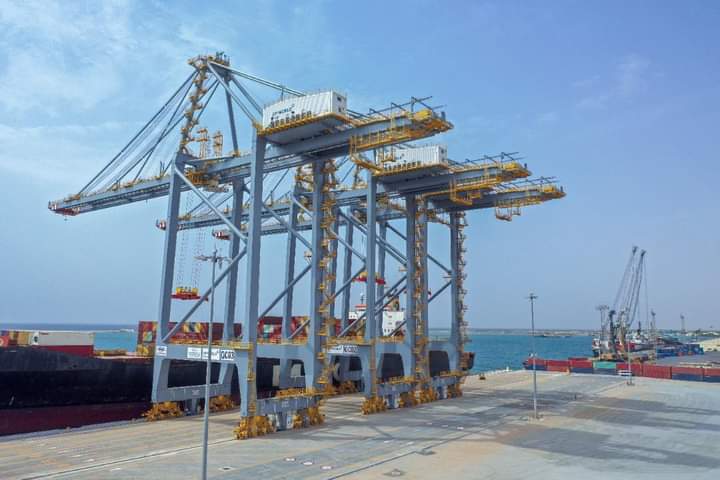 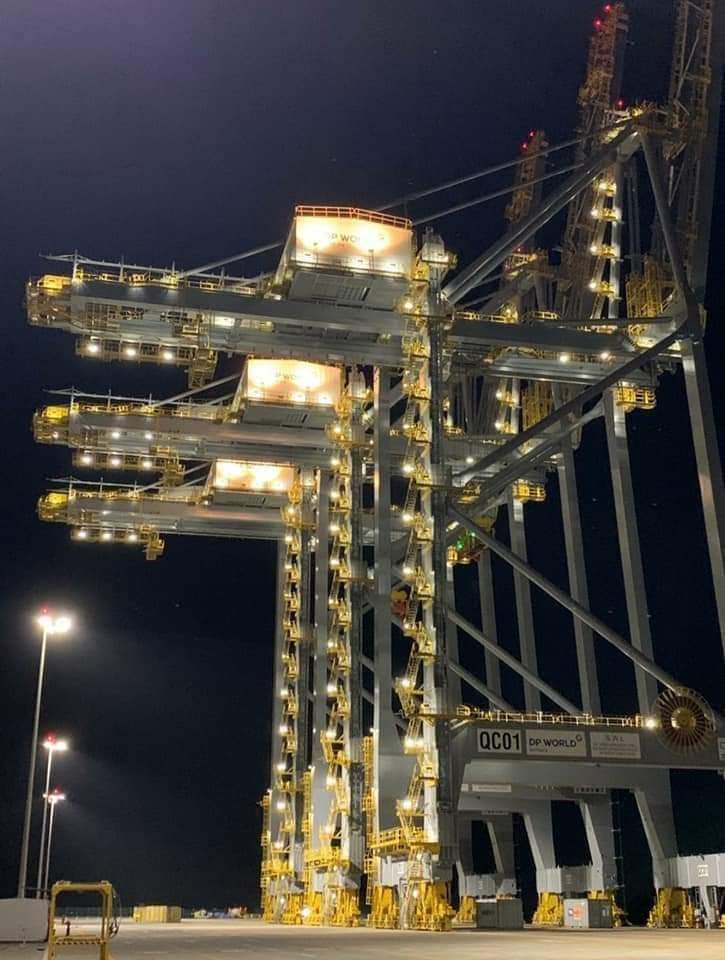 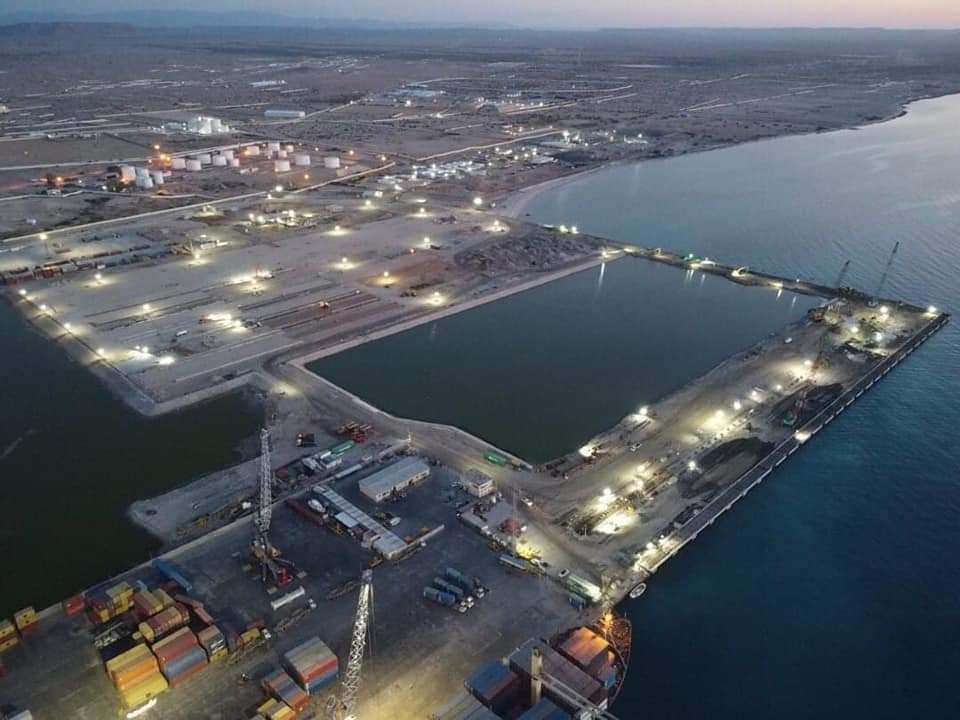 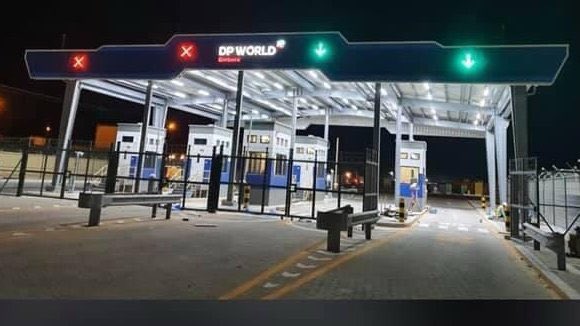 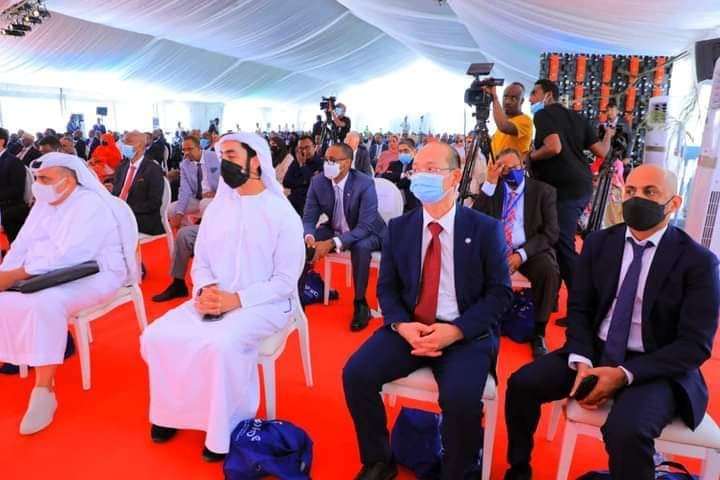