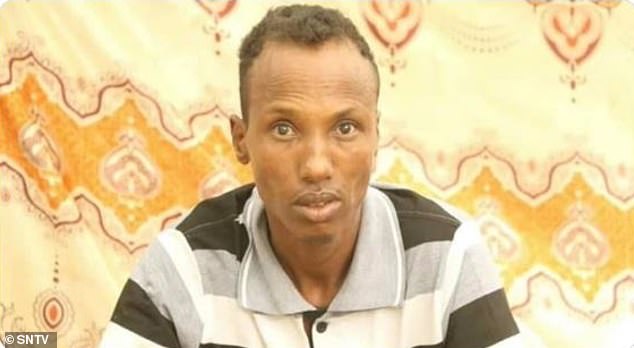 A man has been executed in southern Somalia for raping his three-year-old stepdaughter.

Hussein Adan Ali, 28, was found guilty in Dhobley, Jubaland, on Wednesday in a court session broadcast on regional TV.

Ali’s stepdaughter later died of her injuries following the assault. It is not clear when the incident took place, but judges said the girl had died on Wednesday.

Somali National TV tweeted a photo of Ali and said: ‘Somalia’s Jubbaland State has today executed by firing squad Adan Ali who was recently sentenced to death after a court found him guilty of raping a three years old girl who later succumbed to injuries.’

Ali had been chewing on khat leaves before the assault, which is a Class C drug in the UK and can make people more alert and talkative.

It can also produce feelings of elation, suppress appetite and lead to periods of insomnia as well as producing a feeling of calm if it’s chewed over a few hours, according to FRANK.

The broadcast on regional TV did not show if Ali was given a chance to appeal or if lawyers were there.

The court said that the sentence was permitted under Islamic law.

By Georgia Simcox For Mailonline