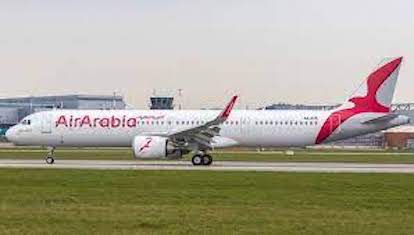 An agreement between the Somaliland Civil Aviation and Airports and its Emirate of Sharjah counterpart – the Sharjah Aviation Authority – was signed on Thursday to allow back Air Arabia into the Somaliland travel industry.

The government of Somaliland slammed a blanket ban on Air Arabia, along with its UAE sister airline, FlyDubai, for – allegedly – violating Somaliland airspace regulations by heeding a Mogadishu call to cease operations in Somaliland.

Omar Sayyed Qalmbi, Director of the SCAA, announced the lift of the ban, today, Sunday.

“We are pleased to announce that the ban hitherto imposed on Air Arabia was lifted following an agreement the Somaliland Civil Aviation and Airports reached with the Sharjah Aviation Authority completing all outstanding issues pertaining to the suspension of flights and their resumption,” the Director said.

Qalombi said he was thankful to the President of the Republic of Somaliland, Musa Bihi Abdi, for tasking him to speedily complete requisite arrangements and required documents to facilitate the resumption of the UAE airlines’ flights to Somaliland.

“Without the strong support of the President and his directives on the matter, this would not have been possible,” he said.

The Director stated that his office was more than glad to make the announcement which was a welcome reprieve to travellers to and fro Somaliland.

The SCAA, also, extended a similar retraction of suspension to FlyDubai earlier in the month.

A Council of Ministers’ decision of late last year endorsed an April suspension of Somaliland flights of the two UAE airlines ordering that the airlines will have to stay away until they fully complied with said regulations to renew licenses with the Somaliland civil aviation authority.