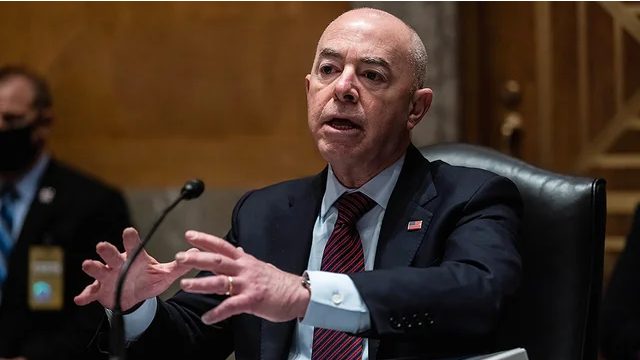 The Department of Homeland Security (DHS) on Monday re-designated Somalia in the Temporary Protected Status (TPS) program, which allows some Somalis in the United States to work and live in the country.

DHS Secretary Alejandro Mayorkas extended the Somalian TPS designation for 18 months starting in September, when the current designation was due to lapse.

“Through the extension and re-designation of Somalia for Temporary Protected Status, the United States will be able to offer safety and protection to Somalis who may not be able to return to their country, due to ongoing conflict and a worsening humanitarian crisis,” said Mayorkas in a statement.

Under TPS, citizens of a country that’s undergone man-made or natural disasters are allowed to remain in the United States whether or not they entered the country lawfully.

According to DHS, 447 Somalis are registered in TPS, and a further 100 will be eligible to apply for the program’s benefits.

Somalia was first designated for TPS in 1991, amid sectarian warfare in the East African nation, meaning some Somali TPS holders have potentially been in the United States for at least three decades.

In most cases, TPS holders are not eligible to adjust their status to a permanent one, which has created some pressure from immigration reform activists for the government to allow a path to citizenship for TPS holders.

President Biden‘s initial immigration reform proposal to Congress includes the measure, as does a Democratic proposal for immigration benefits to be included in the $3.5 trillion budget bill.

A path to citizenship for TPS holders is among the Democrats’ top immigration priorities, along with similar benefits for so-called Dreamers, undocumented immigrants who arrived in the country as minors.

There are more than 400,000 TPS holders in the country, not counting more than 300,000 eligible Venezuelans and Burmese people, many of whom are still processing their TPS benefits after Biden designated their countries in March.