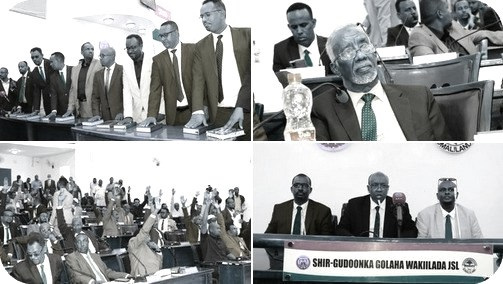 There is no shortage of bad news coming from the Horn of Africa when it comes to democracy, security, and human rights.

In November 2020, Ethiopian Prime Minister Abiy Ahmed launched a war against the northern province of Tigray. While the Nobel Laureate couched his rhetoric in a fight against terrorism, evidence quickly mounted that he sought instead a war of extermination. It backfired. The Tigray Defense Forces retook the provincial capital and captured thousands of Ethiopian and Eritrean soldiers. Abiy’s Plan B—deploying other states’ ethnic militias against the Tigrayans—made matters worse: New fighting erupted between Afars and Ethiopian Somalis, some of which not only blocked Ethiopia’s trade lifeline into Djibouti, but also sparked ethnic violence inside Djibouti itself. The Tigray escapade, meanwhile, might unravel Eritrean dictator Isaias Afwerki’s autocratic control. Even if not, a vacuum looms in Eritrea when Isaias dies.

Meanwhile, Somalia remains on life-support. Negotiators narrowly averted the renewal of civil war after President Mohamed Farmaajo sought extra-constitutionally to hold onto power by agreeing to new elections. It now appears that Somalia will miss the new deadline, raising the likelihood of renewed violence. Meanwhile, Somali intelligence chief Fahad Yasin, an al Shabaab sympathizer, continues to be the power behind the scenes, even countermanding the prime minister’s orders.

The situation further afield is not much better. South Sudan remains a failed state. Freedom House considers Uganda as “not free.” It commented, “While Uganda holds regular elections, their credibility has deteriorated over time… The ruling party, the National Resistance Movement (NRM), retains power through the manipulation of state resources, intimidation by security forces, and politicized prosecutions of opposition leaders.” Fraud marred elections earlier this year. Uganda’s President Yoweri Museveni is a dictator growing more mercurial and autocratic every year.

Despite the failure, the State Department, US Agency for International Development, and the Pentagon shower each of these countries with cash with the exception of Eritrea. Somalia has received billions of dollars over recent decades. Donald Yamamoto, the outgoing American ambassador to the country, increased aid in a counterproductive attempt to prop up Farmaajo even though flooding Mogadishu with cash encouraged corruption and sparked an al-Shabaab resurgence. The United States gave Ethiopia more than a quarter-billion dollars in 2021, and South Sudan has received even more. The Pentagon pays Djibouti tens of millions of dollars annually to lease Camp Lemonnier. Ironically, many of the countries that the United States showers with aid and assistance increasingly orient themselves toward the Peoples’ Republic of China. Still, the spigot of American assistance stays on, almost as if its administrators view gifting taxpayer money an entitlement.

Compare these countries with Somaliland, a nation whose independence the United States recognized in 1960 prior to its voluntary union with Italian Somaliland to form Somalia. That union dissolved in 1991, but the United States did not return formal recognition. While Somalia degenerated into civil war, Somaliland remained peaceful. It has had multiple, multicandidate, one-man, one-vote elections, most recently on May 31, 2021. Unlike any other African country or, for that matter, the United States, it secures the integrity of its voter registration process by biometric iris scans. Diplomats from almost a dozen European Union members observed the latest elections, but neither Secretary of State Antony Blinken nor the US Embassy in Somalia dispatched any American observers.

Today, Somaliland’s opposition parties banded together to elect a speaker. Their candidate Abdirizak Khalif won the speakership by three votes over President Muse Bihi’s preferred candidate, former Foreign Minister Yasin Fartoon. Rather than undermine the results, President Muse Bihi celebrated them. Fartoon accepted his defeat with grace. For Bihi, Fartoon, and Somaliland’s opposition, the sanctity of democracy trumps any one man’s ambition. The United Kingdom does not recognize Somaliland’s independence either but maintains an office there; its resident diplomat Stuart Brown congratulated Somaliland on its achievement. The State Department? Crickets. It refuses to even acknowledge—let alone help fund—the only successful, stable democracy in a sea of authoritarian or failing states. To support Somaliland need not mean accepting its independence. Certainly, precedent exists with both Taiwan and Iraqi Kurdistan.

Blinken and President Joe Biden might repeat, “Diplomacy is back” like a mantra but their actions suggest they view African democrats with disdain.