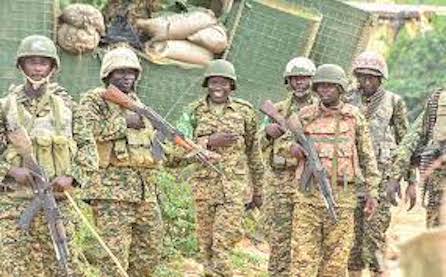 The Taliban take over triggered fears of retribution visited on some Afghans who worked with the foreign troops. And boy, oh boy, the images of Afghans at the airport in Kabul were unsightly and disturbing. No amount of descriptive delivery can render the amount of fear that forces a person to climb on top of an aircraft with hope that it will carry him or her out of Kabul.

In Kampala, there was a subtext to the Afghan story. The US is said to have requested the Ugandan government to temporarily host 2,000 Afghan refugees. Unable to challenge the policy, Ugandans have found refuge in their comic sense of humour (as they flee from their failure to oppose the idea). Truth is: the idea of hosting Afghan refugees is very unpopular.

Describing the US Army withdrawal from Afghanistan as a humiliating defeat, some analysts in Uganda are drawing parallels with the African Union Mission in Somalia. The AU Mission in Somalia is of interest to Ugandans because the Uganda People’s Defence Forces are at the vortex of the mission.

So, the question is: what would happen if Uganda withdrew its forces from Somalia (the gods forbid)? It is very probable it would trigger the collapse of the Somali government and the fear of another factional civil war.

Yet the UPDF (and other contributing armies) will one day withdraw from Somalia. One of the reasons US President Joe Biden gave for the withdrawal of US Army from Afghanistan was the unending nature of the war (or the endurance of the Taliban?). The Americans had been in Afghanistan for 20 years; which means the new recruits for the war would be the sons and daughters (next generation) of the first troops. The UPDF has been in Somalia for over 15 years.

The figures of troops these two countries have outside their territorial boundaries are big enough to be national armies. The UPDF, the Kenyan and Burundi armed forces are in Somalia for the same reason the US and British army were in Afghanistan. Although the African forces in Somalia are under the African Union, it is clear these armies represent their countries in a manner that projects foreign policy.

The folly for countries who want to project powers like America (and regional power like Uganda) is situating the military at the centre of their foreign policy issues. This model of diplomacy or foreign relationship is energy sapping and recent experiences are that it always ends in tears. The time of conquest and empire building ended. It is this foreign relations attitude that required the projection of military power. Countries that hold trade as a sensitive foreign policy issue are likely to prosper than those who make military interventions on foreign soil (whether as peacekeepers, mercenaries, occupiers, etc).

Whereas there are parallels between Afghanistan and Somalia is probable, the failure tag would be on the African Union; not Uganda.