SomTribune
Home World News/International Politics/Diplomacy On the Streets of Kabul, the Damage Caused by Two Decades of... 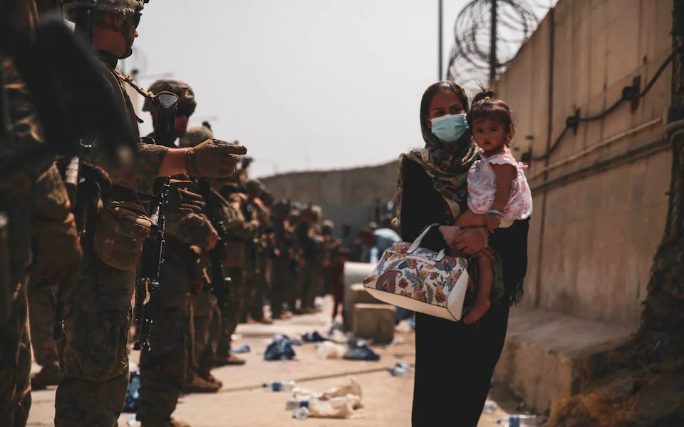 US power in Afghanistan was so immense it existed on a different planet, decoupled from the world below

I was in Kabul during the week before the Taliban arrived. Even then one question occurred: where are the Americans? I saw a convoy of Turkish armoured vehicles flying the Turkish flag. The very notion of an American convoy with the US flag seemed laughable.

On my first night in the city I heard a loud blast coming from near the green zone. When I asked if a bomb had gone off, someone explained it could be the air defences in the American embassy. The building was inaccessible, with visitors flying directly from the airport to the roof. This was not an embassy, it was a spaceship.

America in Kabul was distant, yet all-powerful. A divinity of sorts. Its role was summed up by a story I was told by an important Afghan official who recently complained to a news outlet that the coverage was too critical of the United States. The editor responded that America had left, to which the official replied: “They have not left, they never leave, they are everywhere!”

Many conspiracy theories circulate in Kabul, but no conspiracies are needed to explain the government’s collapse. What you have in Afghanistan is a country that has been under foreign rule for 20 years. I am always surprised that people think a country that has lost its independence can still have a strong state and be capable of addressing its own challenges.

A local journalist explained the dynamics of American power thus: Afghan officials are dropped out of nowhere into the halls of the presidential palace through American intercession. Could you then blame them for thinking of America as omnipotent? And so they acted accordingly, living in permanent fear of displeasing that higher divinity. I told the journalist that I had met former president Hamid Karzai at conferences in Russia and Kazakhstan and always thought he was very critical of American foreign policy. “Yes,” he said, “but these are the criticisms of a hurt lover who wants to remain special but now feels scorned.”

You also hear that the US was too idealistic because it tried to transform a society not yet ready for a deep transformation. That is nonsense on stilts. America was not in Afghanistan to create a better world. There was nothing idealistic about a project of total control. The goal was to project American interests, American fantasies and American opinions with as little resistance as possible. The fatal conceit is to create a state completely responsive to your wishes and then complain when it falls apart without your presence.

The Afghan military never developed the capabilities necessary to fight the Taliban, but is that really surprising? Technology and skills were never transferred to Kabul because the system in the US is based on private contractors, whose business model is to keep full control over key technologies and intellectual property. When these contractors were ordered to leave, the Afghan defence forces were rendered useless: a smartphone without software or even battery. When you mould the Afghan army to match the way American forces operate and then suddenly pull its air support, intelligence and contractors, its collapse becomes inevitable.

The main political figures were never able to bring the country together, but how could they, when everyone regarded them as foreigners, chosen and installed by a foreign power? There are, after all, photos of John Kerry in his time as Secretary of State deciding who should become president of Afghanistan. The political class had become so removed from the country it governed that many did not consider it Afghan at all. Why should they die for the palace?

“Ghani liked to talk of himself as the commander in chief,” one Afghan minister told me. “But the commander in chief was General Campbell, General Miller…” When President Ghani felt he had reached the end of the road, where did he head? To the American embassy to discuss his future. We now hear allegations from the Afghan ambassador in Tajikistan that Ghani left Kabul carrying bags containing $169 million (£124 million) in cash. Enormous sums of money were transferred to Afghanistan. The result? Widespread corruption, often involving American citizens.

Predictably, we are now finding out that even the police and the military were left understaffed, with the numbers on paper not corresponding to reality. In Kandahar, I was told by a former Afghan minister, there were supposed to be 13,000 policemen. In reality, there were only 900. The remainder? They were ghost policemen, never hired in the first place, the respective funds siphoned elsewhere. The national army theoretically numbered 300,000 men. In reality, only 10 per cent were hired and operational.

Obviously, people in Washington must have known all of this as well. As for the Taliban, it is not surprising that they moved with such confidence and speed when they were the ones best placed to understand they were not fighting an army or a state, but rather a fiction projected from Washington onto the screen of Afghanistan. The local structures of power were weakened or often even mocked or insulted under the pretence of being archaic or medieval. But these are the structures upon which you build a country and a state. Afghanistan is a complex society with ingrained traditions, which cannot be uprooted and replaced overnight because they happen to conflict with some idealised version of Western democracy.

I was told that Ghani refused to meet with important regional leaders or deliberately humiliated them by offering to listen to their complaints for no more than 10 minutes. The arrogance satisfied his ambition, but Washington approved. After all, centralisation is the way to build a modern Western state. A wilful disregard for Afghan culture and history was part of the plan.

“We wanted to give them something they never had before,” an American official in Afghanistan once said. In the Serena hotel, where I was staying, there were few journalists. The hotel was empty and at night I wandered the corridors and killed time playing snooker on my own. The Serena is a strange place. It scores high on every security protocol because of its safe basement, but no one ever shows you the directions to it. And yet, in the breakfast room, a few hushed conversations still took place. American businessmen met their local partners and tried to decide how to protect their interests or, in some cases, how to move their assets out or sell them to Afghans before the Taliban arrived. 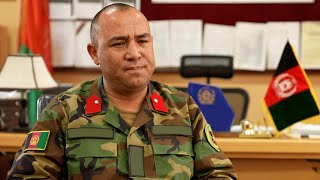 It feels like an end. Not the end of Western power, but the end of the view that power alone matters and the societies over which it is exercised can safely be ignored. Instead of a distant but absolute power, the recognition that important decisions may well have to be taken outside Washington. Instead of conviction in our own truths, curiosity and an open mind. Instead of abstract human rights, the value of the actual human being in front of us. Instead of the dream of total control, the virtue of balance.

My hope is that Afghanistan can be a moment of reckoning. Two years ago, I visited Somaliland, a breakaway Somali region still unrecognised by the international community. What I saw changed my views about the role of Western power and aid. Somaliland is an obvious success story. The region boasts one of the most vibrant democracies in Africa, and the terrorist networks that destroyed neighbouring Somalia have so far been comprehensively defeated. How can this be when Somaliland receives almost no support from the global community, with the exception of the United Arab Emirates? I had to conclude that the lack of support and recognition actually played a role in that success. Without foreign interference, the region was able to build a political model rooted in its own traditions. The parliament has an upper house representing the local clans, and it is this upper house that helps maintain stability and national cohesion.

It is easy to imagine what would happen if Western experts were put in charge. The parliament would be reformed and the upper house abolished. The fabric of small businesses covering every corner of Hargeisa would be replaced by local cronies fed by vast transfers of Western funds. Local elites would be replaced by the local version of Ashraf Ghani, the celebrated author of “Fixing Failed States”, an academic brought from an obscure American university to educate his fellow citizens in the Western ways. And the experiment would end as badly as you can imagine.

I am not arguing that Afghanistan or Somaliland can live without Western support. They are in desperate need of such help, but we need to radically rethink how this support is to be offered and, more fundamentally, how Western democracies should project their influence abroad. Somaliland shows that political progress does not follow a single, uniform path. Western democracies need to recover the humility to understand that the political model they have created at home might not be the best for other parts of the world. They might even come to accept they could learn something valuable from other countries and other regions.

We must think of our influence not as an imposition from the outside but as a contribution added to each individual story. We can help build a better world by adding our weight to those stories, without believing for a moment that they are our stories or that we alone know the end.