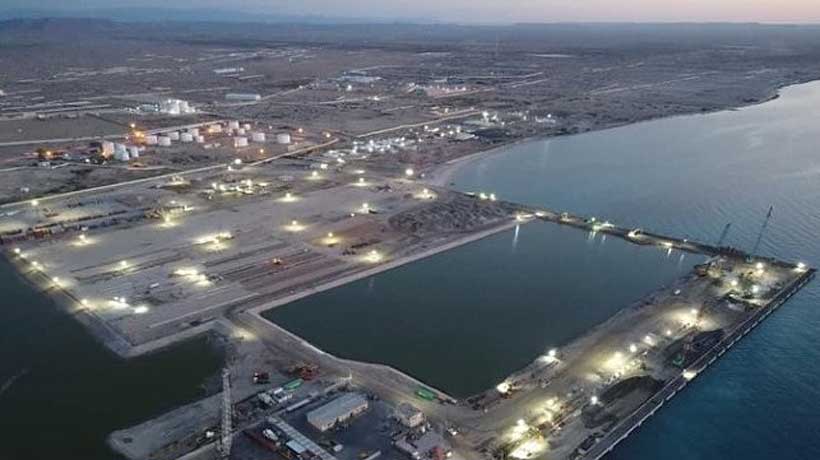 Once upon a time this town was so important, the entire seaway was known as the Gulf of Berbera. Today it’s the Gulf of Aden, one of the world’s busiest shipping lanes, a funnel almost 400 kilometres wide at the entrance where it meets the Indian Ocean, tapering to a narrow strait between Djibouti and Yemen, then on to the Red Sea and Suez.

If there’s a problem, it’s that Berbera — having passed through the Roman, Greek, Ottoman and British empires and fancied as a base for the Soviet fleet during the Cold War — is now in a country that doesn’t exist.

In 1961, the British territory of Somaliland gained independence and joined an unhappy union with greater Somalia. In 1991, it broke away and has fought a 30-year battle for recognition. Britain and the US have opened consulates, Taiwan has a trade office and Ethiopia has long used Berbera as a link to the coast.

But the new terminal built by Dubai firm DP World has potential to give Somaliland the kind of power no one can ignore. With a quay length of 400 metres and three ship-to-shore gantry cranes, it is now able to host the biggest container ships in the world.

For more than a century, the key stop for naval and merchant craft has been Djibouti where the US and China each have a military base, not far from the giant container terminal also built and operated by DP World.

Problems came in 2018 when Djibouti president, Ismaîl Guelleh nationalised the dock. The country has a poor record on human rights and, since independence from France in 1977, the only two presidents have been Guelleh and his uncle.

Push north and you’re in Eritrea, one of Africa’s last dictatorships and to the south is Somalia with a history of instability.

That leaves Berbera which, until now, was too small to handle the volume of shipping that plies the Gulf. The country’s president, His Excellency Muse Bihi Abdi, President of Somaliland

“This is a proud and historic moment for Somaliland and its people, as the completion of the first phase has made our vision of establishing Berbera with its strategic location into a major trade hub in the region a reality. With the new terminal, along with the second phase of expansion and economic zone along the Berbera corridor, we are now firmly positioned to further develop and grow our economy through increased trade, attracting foreign direct investment and creating jobs”.

Since reestablishing its sovereignty, Somaliland has been a multiparty democracy (the only one on the Horn) and has had several changes of government through the ballot box. Elections are monitored by the US and the European Union and the media is more free than most across the continent.

The other advantage is that Somalilanders speak English, a plus for countries like India, Australia, Britain, South Africa and the UK who rely so heavily on the Suez Canal.

The Pentagon has its only permanent military base in Africa at Camp Lemmonier in Djibouti. In recent years, their relationship with Guelleh has become awkward, both on the question of human rights and because he has moved ever-closer to China. There has long been speculation that, if Somaliland won recognition at the UN, the Americans might move their troops to Berbera.

If there’s a difficulty, it’s that the last time the world accepted a split in an African state, it gave birth to South Sudan and an almost continuous civil war.

Like Taiwan or Northern Cyprus — both largely unrecognised but with
sovereign control of their affairs — Somaliland is a fact and no one seriously believes it might join again with Mogadishu. One thing that stands out to the visitor both in Berbera and the capital Hargeisa, is the support for independence. None of the groups pushing for unity with the south is taken seriously.

The harbour did not come cheap. In 2016, DP World signed a deal worth close on half-a-billion dollars to redevelop Berbera and run the terminal which would operate as a free-trade zone. The first phase of the work was completed this year and the opening ceremony on 24 July was hosted jointly by Somaliland president Muse Bhi and the chairman of DP World, Sultan Ahmed bin Sulayem.

Sultan Ahmed Bin Sulayem, DP World Group Chairman and CEO, said: “DP World’s investment in the Port of Berbera, and its integration with the special economic zone we are developing along the Berbera Corridor, reflects our confidence in Berbera and intent to develop it into a significant, world-class centre of trade. It will be a viable, efficient and competitive option for trade in the region, especially for Ethiopian transit cargo.

The region’s key power, Ethiopia is likely to be its major client. In 1993 after years of civil war, the coastal region of Eritrea was officially recognised as a sovereign state and its secession left Ethiopia landlocked. Since then, all trade has had to pass through neighbouring states; when Somaliland broke free, the government in Addis Ababa was the first to allow direct flights to Hargeisa.

With Somalia still recovering from conflict and both Djibouti and Eritrea well-short of democracy, the issue of recognition was put to one side. It’s less than a three-hour drive from Berbera to the Ethiopian border and a planned rail link will be even quicker.

Until now, the only limit has been capacity at the docks but the expansion has been drafted to cope with regional growth for the next 30 years

There’s an airport at Berbera with one of the world’s longest runways, built by the Russians who had plans for a military base that never materialised, then rented by NASA as an emergency landing pad for the Space Shuttle. With the new harbour and increased shipping, there are hopes of tourism and, ultimately, flights from Europe. The coast here is unspoiled with miles of empty beaches, coral reefs and temperatures that even in winter rarely dip below 28˚C.

By the first century AD, this was the go-to place for gold, copper, honey and fabric, carried by camel from the hinterland and shipped to Arabia. In the 1850s, a European explorer wrote of it as, “the true key to the Red Sea and the centre of East African traffic”.

Under the British, Berbera was the capital of Somaliland, with beachside restaurants and a busy nightlife, and in the early years of union with Somalia, more than half the country’s income was generated by goods shipped from here.

Somalia still claims sovereignty over all the former territory, but investors have long dismissed that idea. This confusion is made worse by the United States insisting that matters pertaining to Somaliland be dealt with by their embassy in Mogadishu.

When leaders from Hargeisa get the red carpet on visits to other African states or further afield, it’s followed by protest from Somalia which in 2019 severed diplomatic ties with Guinea after Somaliland’s president was given a welcome there befitting a head of state.

No one pays much attention, and there have been rumblings in Washington and London about recognition. The fear is it might encourage other parts of Somalia to break away and spur secessionist movements already active in Nigeria, Cameroon and northern Mozambique.

It’s a tough neighbourhood. Across the gulf lies Yemen, beyond that Israel and Lebanon with problems of their own. The region is short on water and has a young population, many without jobs. But it’s also the only route to the Suez Canal.

For its part, DP World is pushing ahead with further plans for Berbera. In a recent tweet, Sultan Ahmed bin Sulayem said his company will extend, “the new container terminal’s quay by more than twice its current length to a total of 1000 metres.”

With that done, capacity will rival Mombasa in Kenya, one of the busiest wharves in Africa. Historically it was called the Gulf of Berbera, and Berbera is taking back its place on the map.