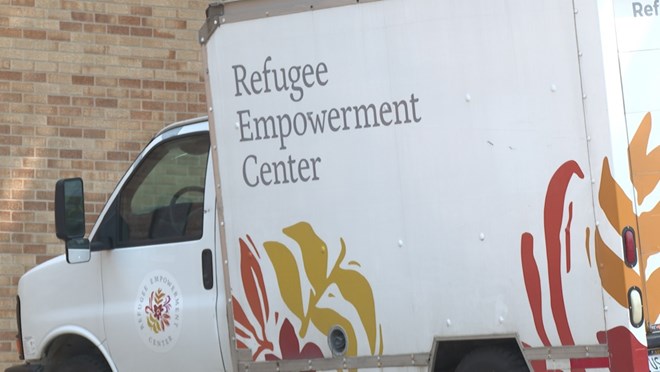 Here at the Refugee Empowerment Center—people are hard at work looking to welcome Afghanistan refugees coming to the United States, some of which will call Omaha home.

A worker at REC said that the organization has resources available to refugees. He would know better than most about what that help means for refugees—he used to be one.

Gorod Daful was born in Somalia during a time of civil war. As a young child he moved to Kenya as a refugee, then later the United States.

He’s lived here for about 14 years- now, he works for the agency that helped change his life.

“[We were escaping persecution], there was a civil war in Somalia in 90-91, and everybody was fleeing for their lives,” said Daful. “People were actually running from the proto-killings by the militia people.”

Refugee empowerment Center is one of a few organizations in Omaha that help refugees.

This can be anything from housing assistance, finding employment, transportation and more.

Daful said, “We do resettle a few refugees every year. Refugee Empowerment has been here in Omaha for almost 20 years. They started doing resettlement in 2001.”

Now the organization is working on a pilot initiative. This would give refugees a community sponsor or volunteer to help in their initial resettlement.

The initiative is still in the works, but the foundation for it has been laid out.

They hope they can make the resettlement as smooth as possible by having someone who is familiar with the community and can translate.