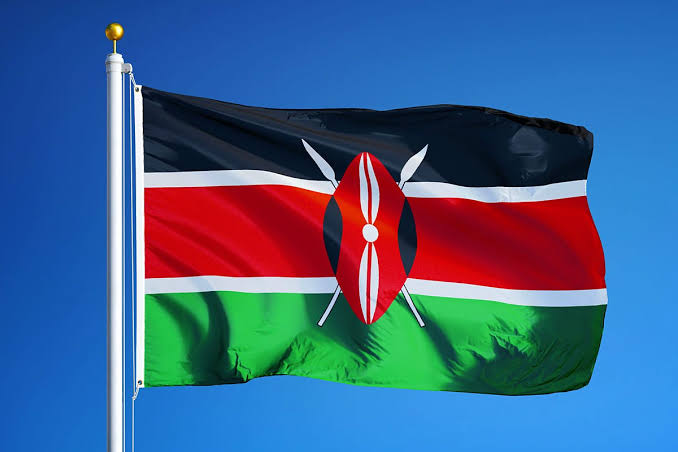 In an official letter the Kenyan Ministry of Foreign Affairs addressed to the Head of Mission of the Somaliland Republic in Nairobi, Thursday, four names representing the initial lead officials of the Representative office in Hargeisa were given. The appointment communication letter was marked MFA/CONF/REP/130 Vol. 1(5), carrying the official seal of the Kenyan MFA.

“The Ministry further wishes to inform that four (4) officers were deployed to the Kenya Liaison office in Somaliland..”, it said.

We are proud to announce our official representatives to the Kenyan consulate in #Somaliland, led by the very able Benson Mwakilo.

This formalizes the #KenyaSomalilandRelations and we look forward to building on and strengthening ties between our two brotherly nations. pic.twitter.com/tRVv7HLAyt

A delegation, including members of above diplomats had been in Somaliland of late finalizing the final set up of the Mission in Hargeisa.

The establishment of the Kenyan Liaison office in the Republic of Somaliland follows a relatively extensive bilateral understanding the two presidents of the two East African democracies reached in Nairobi in December 2020.

The Kenyan office joins a growing number of Representative and Liaison offices in Hargeisa that include the United Kingdom, Taiwan, Turkey, Ethiopia, and Djibouti. 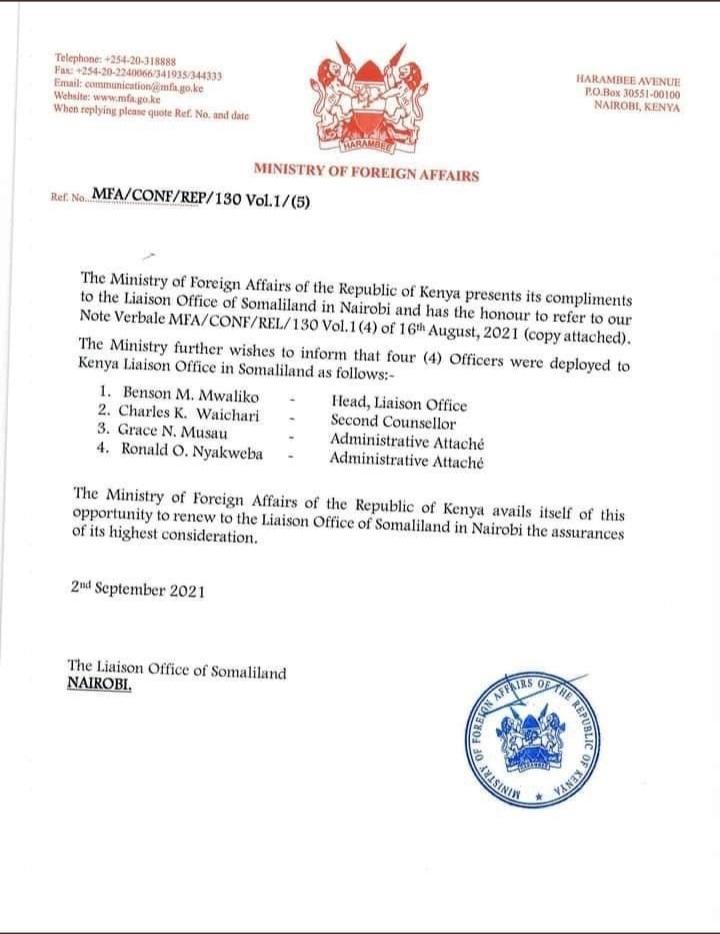