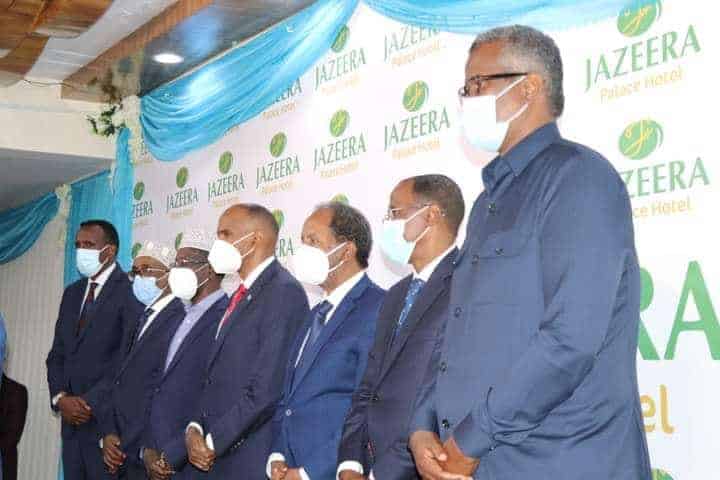 Somalia’s Council of Presidential Candidates Union – a coalition of a number of candidates eying the topmost position of the country – have in an 8-point communiqué they released Friday warned the Federal Parliament Speaker of further escalating an already incendiary situation in Somalia. 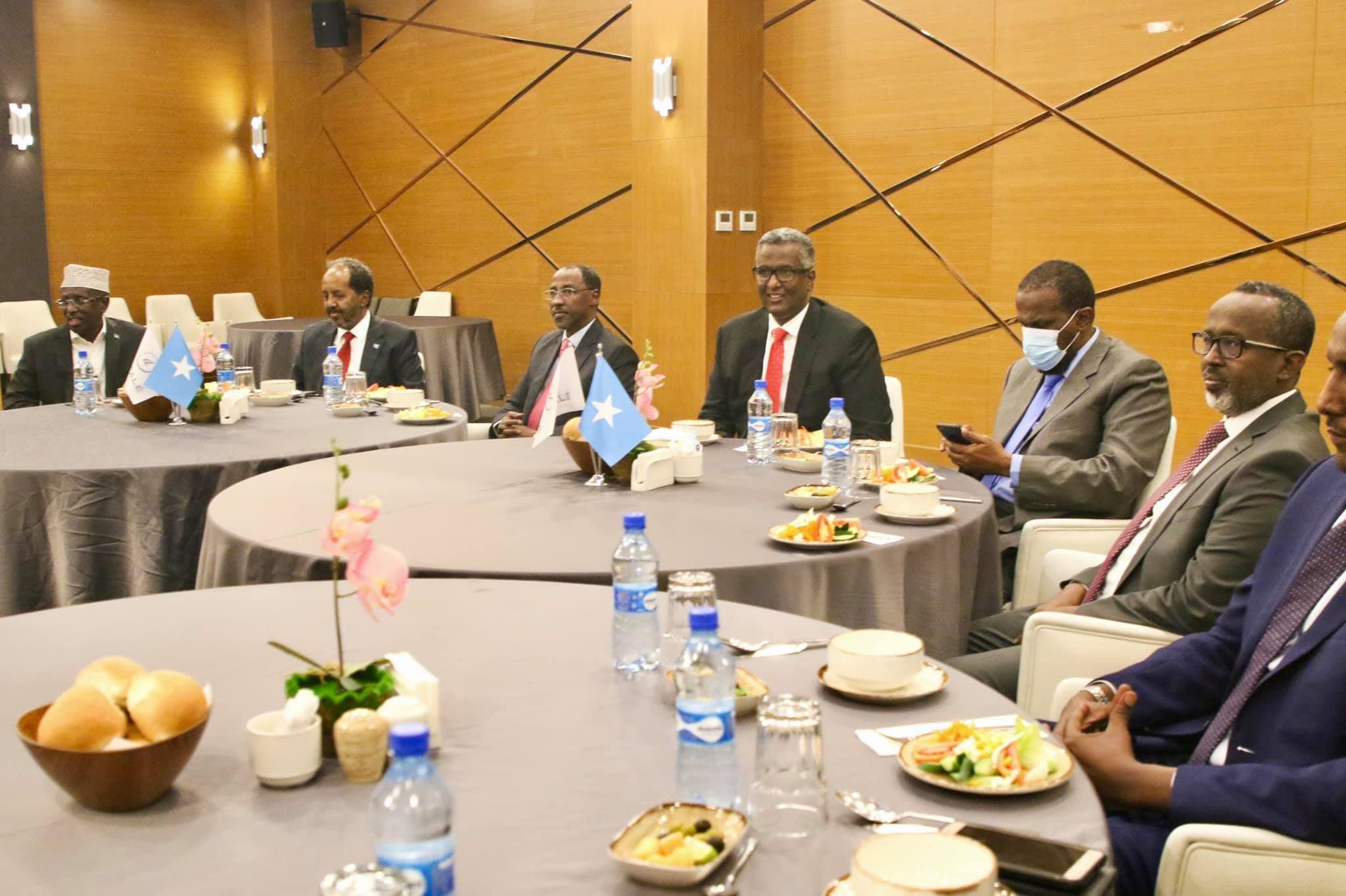 The candidates accused Speaker Mohamed Mursal Sheikh of moves aiming to re-convene a parliament whose term has ended several months back.

“The Council is aware of moves that the Speaker of the Parliament whose term has expired, Mohamed Mursal Abdirahman, has started aimed at derailing the Prime Minister’s (commendable) efforts and the attainment of justice for Ikran Tahlil Farah,” the statement said.

Ikran Tahlil was an operative officer of Somalia’s National Intelligence and Security Agency (NISA) working on cyber security when she was spirited away from her home in June. She went missing since then with her family suspecting foul play, holding NISA responsible.

“The Council wishes to remind Speaker Mursal that similar attempts on his part failed earlier (April) following an extension for the President whose mandated term in office expired that he pushed through parliament, nearly plunging the country into a civil war,” the statement added.

The statement comes amid a tense period of time that has seen working relations between President Farmajo and Prime Minister Roble going from bad to worse.

The row between the two started back in April this year when President Farmajo, through his close ally, Mohamed Mursal, House Speaker of the lower house of Somalia’s bicameral parliament, added two more years to an expired 4-year term to which he was ‘elected’ in 2017.

The country went into a dark period with opposition and government armed forces frequently clashing, tearing the country’s patchwork, international community-supported security asunder. NISA, even then, through its armed brigades, Waran, played a role that many called nefarious by constantly stoking the fires of engagement on the pretext of security operations.

The situation was partly resolved when the President was pushed and cajoled to put PM Roble responsible for the security and the reorganization of the oft-postponed, contentious ‘selection’ process to pick a president and MPs for the two houses of the parliament.

The escalation took another ominous hue last week when the Prime Minister sacked the powerful intel chief, Fahad Yassin, and appointed a replacement. The PM accused Yassin of failing to deliver a convincing report on the fate of the missing female spy officer.

Farmajo named, on Tuesday, another Director to the same post, installing, also, the fired Qatari-backed intelligence chief as his Security Advisor – a position that currently shielded him from an unceremonious arraignment in court. The Attorney General’s office has accepted a lawsuit filed against his and his closest officer’s in connection with the disappearance of Lt. Tahlil.

The PM followed with another sacking. He fired the Internal Security Minister, Hassan Hundubey Jimale, on Wednesday replacing him with ex-legislator, Abdullahi Mohamed Nur, who took office on Thursday.

Both Framajo and Mursal called the swearing-in of the new security minister unconstitutional accusing the PM of taking matters into his own hands without respecting ‘proper procedures’ which, according to Mursal, included parliament approval.

The escalating, roll-back tit-for-tat situation of the country and the possible slide-back to armed confrontations between the government and an opposition that is now solidly backing the Prime Minister, caught the attention of international partners and foreign missions in Somalia.

On Tuesday, the African Union, the United Nations, Britain, the United States, and other donor nations, called on the two principal sparrers to resolve the troubling situation between them to de-escalate tensions.

“We urge Somali leaders to de-escalate the political confrontation surrounding this investigation and, in particular, avoid any actions that could lead to violence,” said the statement in part (see copy below).

Unlike the Republic of Somaliland to the north, Somalia has not found a respite since its central government fell apart in 1991 following the deposal of a military dictatorship that killed more than 200 000 in Somaliland displacing thrice as much all over the world. Ethiopia alone hosted more than 300 000 refugees. 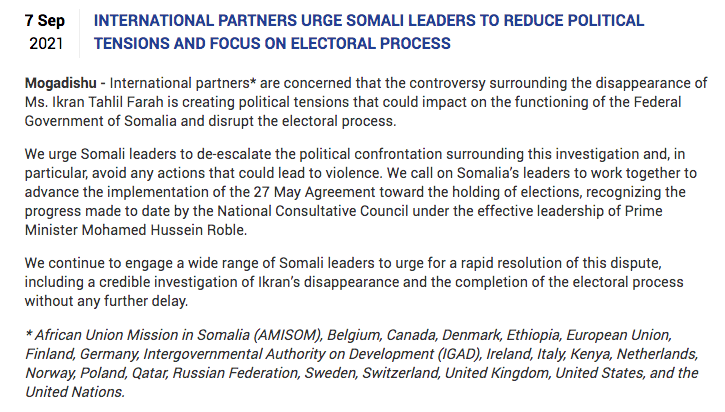