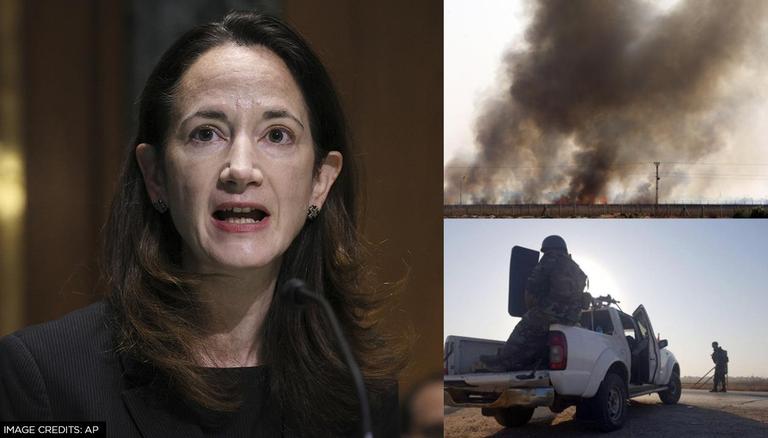 Afghanistan is no longer the US’ top concern among international terrorist threats to the American homeland, and the country faces more danger from terrorist organizations based in Africa and the Middle East, the Director of United States National Intelligence said at the annual Intelligence and National Security Summit in Washington on Monday. Terror threats emanating from Somalia, Yemen, Syria, and Iraq — in particular ISIS — pose a greater danger than those that might emerge from Afghanistan, Avril Haines said in her statement via videoconferencing.

The top spy chief’s remarks came as several high-profile intelligence officials hurled caution about the emerging regional threat from Islamic State Khorasan (ISIS-K), an affiliate of the Islamic State of Iraq and the Levant in Central Asia that has regrouped in Kabul after the Taliban’s takeover.

The Biden administration’s implementation of the Trump-era Doha agreement has been widely been condemned as ‘botched’ and ‘disorderly’ as it rendered the central Asian region vulnerable with terror operatives flowing back into their ‘safe haven’ Kabul. Internationally designated terror networks such as ISIS-K, Al-Qaeda, and the Pakistan-based Haqqani group made a resurgence,  the US military officials that spoke on condition of anonymity told American news agencies. Separately, a UN report claimed that Afghanistan has close to 400 to 600 Al-Qaeda operatives active in at least 12 Afghan provinces.

Haines on Monday agreed, in the live-streamed address, that Biden’s abrupt military withdrawal “dismantled the CIA intelligence network that the United States built up over the last 20 years.” After America ended the 2-decade war in Afghanistan as the final military plane pulled out of Kabul, the extensive intelligence and covert action network created over the last 20 years in retaliation to global terrorism since 9/11 have all diminished, she acknowledged. CIA operators involved in operations such as gathering sensitive information and intelligence against the terror groups in Afghanistan have most certainly left as America’s conventional military presence ended, reports further revealed.

“Our intelligence collection is diminished [in Afghanistan] and that is something that we have to prepare for and that we have been preparing for, frankly, quite some time,” US Spy Chief warned in a video conference. 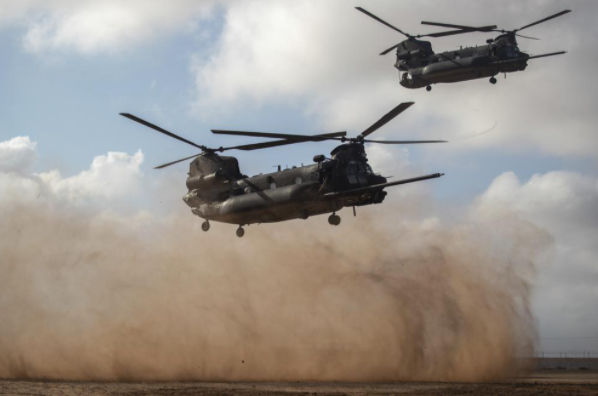 [Helicopters carrying US and Moroccan special forces take part in a drill as part of the African Lion military exercise. Credit: AP] 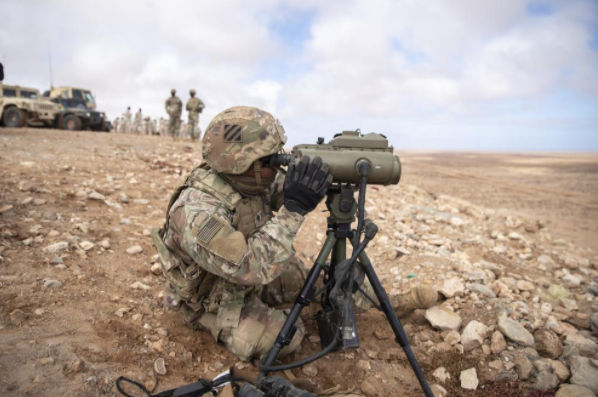 [US military forces take part in a large-scale drill as part of the African Lion military exercise. Credit: AP]

IS-K ‘does pose a threat’ but more active in Mideast, Africa

Haines, in her broadcast statement, emphasized that the Islamic State Khorasan (IS-K) does pose a potential threat to the United States and its allies and partners. At the time of the military evacuation efforts at Hamid Karzai International Airport, terrorists carried out a deadly suicide bombing that claimed the lives of 13 US Marines and dozens of Afghan nationals. Daesh-K, or IS later took the responsibility for the explosion. United States’ top intelligence official stressed that while IS poses security threats in Central Asia [under the umbrella of Taliban], in Yemen and Somalia, Syria, and Iraq, it is far more active.

A number of terrorist groups operate in Syria, including Daesh and Hay’at Tahrir al-Sham (formerly known as Jabhat Fatah al-Sham / Al Nusrah Front), according to UK Foreign Ministry. They bomb and target a wide range of places, including official installations, airports, border crossings, public transport, and civilian spaces like public squares, hospitals, places of worship, and learning institutions, and launch coordinated attacks against armed actors and civilians. Terrorist groups operating in Syria routinely use kidnapping as a tactic, the UK ministry stated in a declassified report.

In Yemen, Haines stressed, an al Qaeda offshoot based in the territory attempted to launch terror attacks on the US forces prompting a retaliatory airstrike. In Somalia, an insurgent group formed in the early 2000s, Al-Shabab conducted deadly terror attacks across East Africa, despite setbacks from African Union-led military operations. While Haines echoed US President Joe Biden’s remarks that terrorism was more prominent in Mideast and Horn of Africa, US military commanders reportedly stressed that the military pullout from Kabul has ended what the troops called “over the horizon” capabilities [the forces ability to conduct surveillance and gain intelligence for the counterterrorism operations].