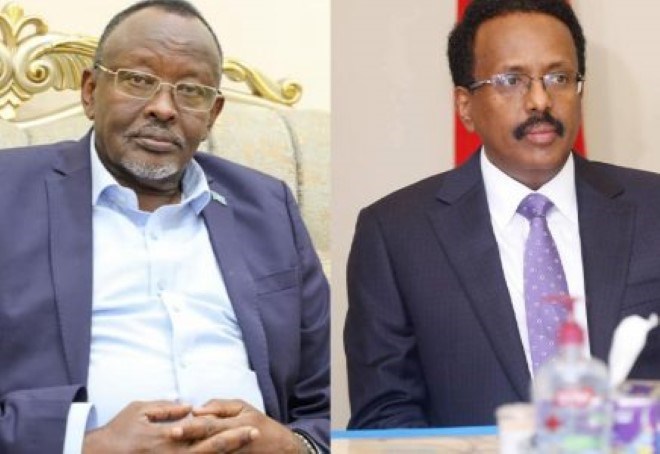 Bashir Mohamed Jama (Gobe), the PM-appointee as Somalia’s Acting Director-General of the National Intelligence and Security Agency, announced that he had named Muhidin Mohamed Jimale (Warba) as the new Banadir bureau chief.

The latest announcement is sure to complicate an already mangled political situation.

The position was previously occupied by Yasin Abdullahi Mohamud (Yasin Farey), who Farmajo promoted as the new Director-General of Somalia’s spy agency last week amidst the power struggle between Somalia’s two most powerful leaders.

Yasin Farey is a close confidante and ally of Fahad Yasin and served as his security chief before being promoted to Mogadishu’s regional spymaster last April.

Farey is also one of three men tasked with nominating members of a commission of inquiry into Ikran Tahlil’s death by President Farmajo on Monday.

Farmajo’s announcement was met with scepticism by the public, opposition figures, MPs and Ikran’s family, who interpreted the move as another obstacle to the investigation.

PM Roble issued a warning on Tuesday, seemingly aimed at President Farmajo, to stop meddling in Ikran’s case and denounced the commission as “misguided” and “illegal.”

The latest power struggle has affected nearly every arm of government but has been particularly damaging to Somalia’s intelligence and security sectors. 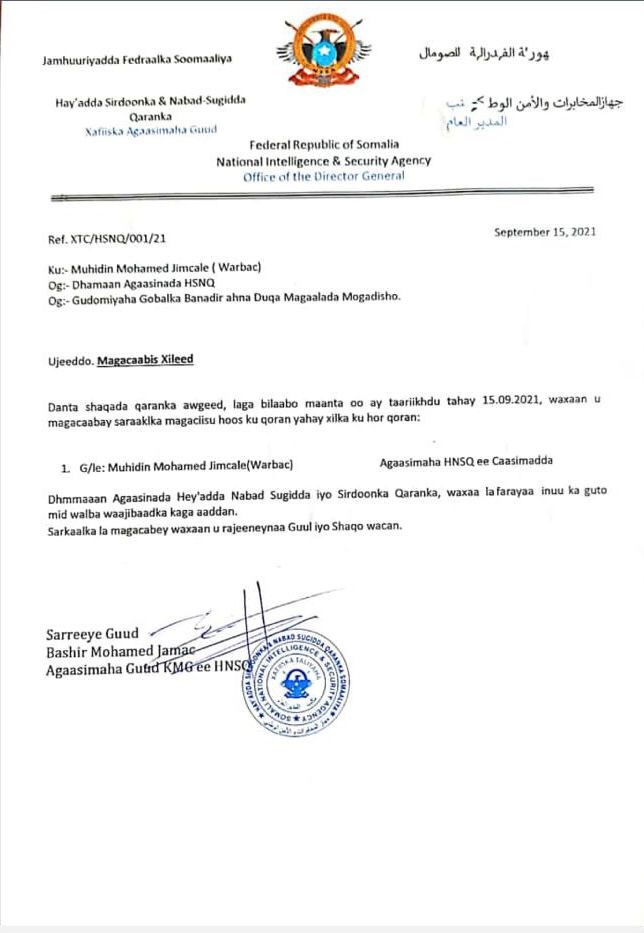