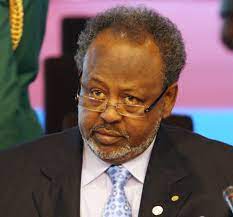 Earlier this month, the government of Djibouti announced it would sell off a “significant minority” of shares in its national telecoms company, Djibouti Telecom, to a “strategic partner” as part of an effort to open up its telecoms sector to foreign investors and reshape its economy.

As Djibouti’s longtime president Ismail Omar Guelleh said in a statement announcing the move, the country would “accelerate the pace of reforms of its public sector companies, to better cope with international and regional competition and to ensure that these companies participate fully in the national effort of emergence and development financing.”

The planned telecoms selloff is not the only plank of Djibouti’s “national effort of emergence.” With an existing interconnector built nearly 20 years ago reaching capacity and approval for nearly $84 million in loans from the African Development Bank (AfDB) in hand, Djibouti and its neighbour Ethiopia are undertaking the construction of a second electricity transmission line to expand the links between their electric grids and deliver power from the controversial Grand Ethiopian Renaissance Dam (GERD) to Djiboutian customers.

Against the backdrop of tensions between Ethiopia and Egypt over the GERD and competition over energy projects in East Africa, Egyptian president Abdelfattah al-Sisi and his government are also courting Djibouti’s power sector. With an official visit to Djibouti this past May, Al-Sisi became the first Egyptian leader to travel to the East African country since its independence from France in 1977, raising the possibility that Guelleh could play competing for Ethiopian and Egyptian interests off each other much as he has done with American and Chinese military contingents based on Djiboutian soil.

Unfortunately for Guelleh, however, any prospective investors in Djibouti’s energy and telecoms sectors will have a hard time ignoring the recent experience of foreign partners involved with Djiboutian infrastructure projects.

Just one day after the government’s telecoms announcement, Dubai-based DP World confirmed the London Court of International Arbitration (LCIA) had handed it another victory in its battle with Guelleh’s government over the Doraleh Container Terminal, which the Emirati port operator won a concussion to operate fifteen years ago but which has been subject to a legal dispute since 2012.

Djiboutian authorities unilaterally seized control over the Doraleh terminal in 2018 and handed over the operational concession to China Merchants Port Holdings, a state-owned Chinese company that also holds a 99-year lease on Sri Lanka’s Hambantota port. Hambantota’s takeover by Chinese interests is one of the most obvious examples of Beijing’s ‘debt trap diplomacy’ in the Indian Ocean, raising the question of whether a similar fate is in store for Djibouti.

In its most recent ruling on the DP World-Djibouti dispute, the LCIA found Djibouti’s attempt to terminate the contract breached the joint venture agreement governing the Doraleh terminal, building upon a 2018 ruling in which it determined the deal “remains valid and binding,” a 2019 decision awarding DP World $385 million in damages (plus interest) over the port dispute, and a 2020 order to restore DP World’s rights under the concession agreement. Despite these and numerous other LCIA rulings against Djibouti, President Guelleh has refused to comply with the London court’s decisions.

The fight over the Doraleh Container Terminal, and the suspicions Djibouti’s government seized the port asset as “a gift” for Chinese benefactors, has also raised alarm bells among American military planners. Pointing specifically to the port seizure and its impact on Washington’s ability to supply US forces stationed in Djibouti, the Marine general responsible for American troops in Africa told the Armed Services Committee of the US House of Representatives in 2018 that “if the Chinese took over that port, then the consequences could be significant.”

Djibouti is not alone in diversifying

As Djibouti has made a habit out of juggling competing outside interests, be it American and Chinese military personnel or Ethiopian and Egyptian energy companies, some of those foreign partners have decided to respond in kind.

This is first and foremost the case in Ethiopia, which remains Djibouti’s most important economic partner by a wide margin. Long deprived of access to port facilities in neighbouring Eritrea on account of the conflict between the two countries, Ethiopia came to rely on Djibouti as its only access point to global maritime trade. Djibouti, in turn, has built up a service economy and transportation sector around its monopoly over Ethiopian shipping. According to the World Bank, imports to and exports from Ethiopia made up 85 per cent of the traffic passing through Djibouti’s port by 2013.

Ethiopia, cognizant of the issues that come with relying on a single port to handle all its shipping needs, has actively sought alternatives that are now coming online. By making peace with Eritrea in 2018, Abiy Ahmed’s government re-opened Eritrean ports to Ethiopian ships for the first time since the 1990s, and Eritrea has since been actively renovating its port facilities at Massawa and Assab in preparation for use by Ethiopian clients.

In the same year, Addis Ababa took on a 19 per cent stake in DP World’s Berbera Port in the breakaway region of Somaliland, investing in expanded facilities to direct a greater share of trade through Berbera. Earlier this month, Ethiopia’s state-owned shipping line officially inaugurated regular service through Berbera, signalling the start of a wider shift towards the new port in Somaliland that some regional experts believe could “devastate” Djibouti’s economy.

The prospect of a new reality in the Horn of Africa, where Djibouti’s primary trading partner is no longer forced to rely on its port facilities and where the US may soon rethink its counterterrorism policies in the region, means that as he begins his fifth term, the septuagenarian President Guelleh must account for major shifts in his country’s economic position. Navigating those changes will likely require far more ambitious reforms than the telecoms and electricity deals he has thus far announced.