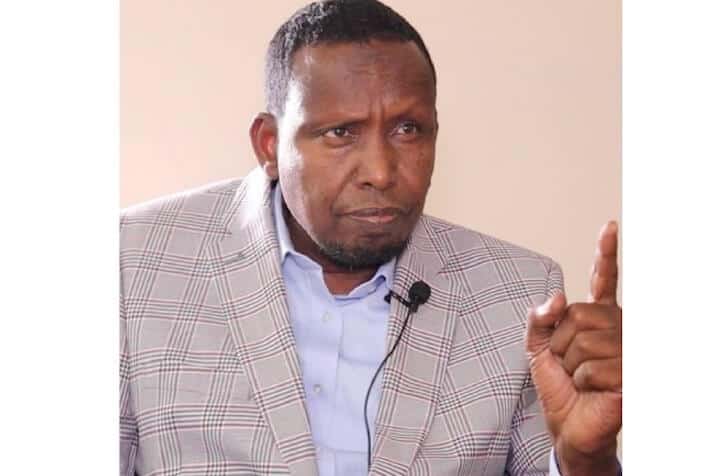 A missing Kenyan-Somali researcher who was abducted from the city centre in Nairobi has been released by his captors.

The family of Abdiwahab Sheikh Abdisamad who was the executive director of the Institute for Horn of Africa Strategic Studies and an analyst at Southlink Consultants says he was released Sunday evening.

The details of his release are yet to be made public. His wife Halima Mohamed confirmed the cleric had been released.

Those who visited him at his South C home said he told them he was out of Nairobi but did not know where.

“He says he is tired and wants to sleep for up to three days. He added that he had been feeding well and his abductors took him out of Nairobi where they asked him several questions,” said one of those who saw him on Sunday.

The relative added Abdisamad told them his abductors gave him room to pray in time but kept asking him the same questions, which he was unwilling to share at that moment.

“He is in good health and happy to be reunited with his family but looks confused,” added the relative.

Officials from human rights organization Haki Africa too confirmed the release of Abdiwahab who was abducted on September 8 along Tubman Road in Nairobi.

He was picked up by men at about 10 am as he walked into a hotel.

Haki Africa’s executive director Hussein Khalid also confirmed he had been returned by his abductors.

“We are pleased to inform members of the public that Sheikh Abdiswamad was returned on Sunday evening on September 19, 2021, and is now with his family. More information will be shared by the family in due course,” said Mr Khalid.

The abduction prompted the Supreme Council of Kenya Muslim leadership to visit the DCI headquarters and sought to address the rising cases of enforced disappearances.

In Mombasa, a terror suspect Abdulhakim Salim Sagar who was also picked up on August 19 was Sunday released.

He is a cousin to Hanniya Sagar, wife of slain Islamic preacher Aboud Rogo. It is not clear if there is a link between the two cases.