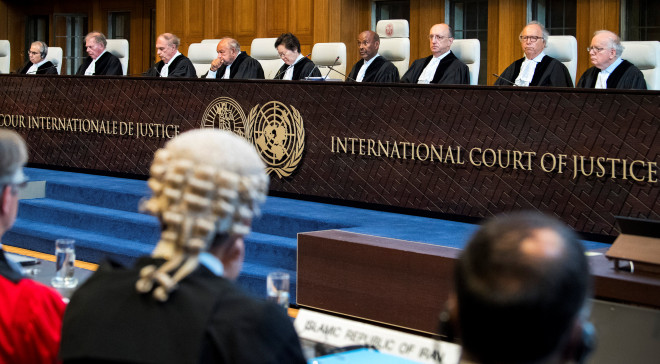 The International Court of Justice (ICJ) is set to make a ruling on the longstanding maritime dispute between Kenya and Somalia, a development that is expected to have far-reaching ramifications on the use of Indian Ocean waters claimed by the two nations.

Somalia’s Deputy Prime Minister Mahdi Mohammed Gulaid revealed that the ICJ has set an October date for determination of the case, which has been a source of diplomatic tensions between Nairobi and Mogadishu since it was filed in 2014.

“I am pleased to announce that the ICJ will render judgment of the case between Somalia v. Kenya on Tuesday 12 October, 2021 at the Peace Palace,” said Gulaid on his Twitter account.

The ruling is eagerly awaited, particularly by Somalia, which has repeatedly rejected pressure from Kenya and African Union organs for a diplomatic resolution to the protracted dispute.

The  East African neighbors are disputing 30,000 square nautical miles of territory in the Indian Ocean, with prospects of vast oil and gas deposits. The area is also a source of livelihood for Kenyan fishermen.

The dispute stems from conflicting interpretations of how boundaries should extend into the Indian Ocean. While Somalia claims that its southern boundary should run south-east as an extension of the land border, Kenya’s contends that Somalia’s border should take a roughly 45-degree turn at the shoreline and run in a latitudinal line.

Somalia has kept faith in the global court to make a fair adjudication on the dispute, though Kenya has repeatedly maintained the ICJ cannot deliver a fair judgment. Nairobi boycotted the hearings in March, accusing the ICJ of unfairness – particularly the court’s unwillingness to delay the proceedings for COVID-19 impacts.

The maritime dispute has caused frosty diplomatic relations between Nairobi and Mogadishu over accusations and counter-accusations about interference with domestic affairs, territorial integrity, trade and security.

Analysts reckon the ICJ ruling will have far-reaching ramifications, not only for the disputed mass of water, but across the whole spectrum of relations through the East Africa and Horn of Africa region. The area attracts significant international attention due to security threats emanating from Somalia.

“Whichever way the ICJ rules, it will be a bombshell that will reverberate far and wide in the region where diplomatic relations are deteriorating,” said Hassan Hussein, a Horn of Africa security analyst.

He added that Kenya is among the leading providers of peacekeeping force in Somalia, which have helped to hold back the Islamist group al Shabaab.