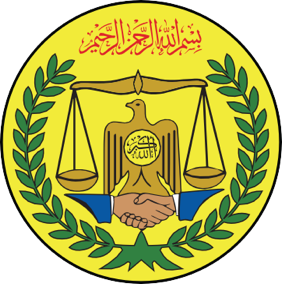 Thirty years after declaring its independence from Somalia, the Republic of Somaliland seems to be strategically positioning itself to make a strong push for international recognition. Though it checks nearly every box for statehood, its pursuit of independence has been largely ignored, leaving the region stable, but isolated and without a voice in international forums and debates. Now, it is combining its track record of self-governance and democratic consolidation with a more shrewd and strategic foreign policy that capitalizes on the geopolitical rivalries that are roiling the Horn of Africa and the Red Sea region. Whether it will ultimately be successful yet to be seen, but with a strong case, powerful new friends, and a neighborhood in turmoil, its chances appear to be improving significantly.

Somaliland declared its independence from Somalia in May 1991, and has now existed as a self-declared independent state for longer than its opted union with Somalia. Multiple generations of Somalilanders now know nothing different than an independent Somaliland. Their sense of national identity is steadfast and deep-seated and the goal of realizing de jure sovereignty is stronger than ever. Even if independence remains unrecognized, the possibility of reunification with Somalia is extremely unlikely. Thus, this year’s May anniversary of the dissolution of the union with Somalia serves as an important moment that reignites Somaliland’s independence struggle, and the validity of its cause, on an international level.

Somalilanders also point to their record of democratic progress as further basis for separation from politically unstable Somalia. Since the ratification of Somaliland’s constitution in 2001, there have been eight successful elections ranging from the municipal level to the presidential level. Parliamentary elections have been more problematic, with polls in the Lower House postponed for over a decade because of disagreements over the composition of the electoral commission. After years of delays, Somaliland’s democracy was in need of a reboot— something to reinvigorate its young population and political systems. This year, Somalilanders did just that, restoring credibility to democratic institutions and bringing in a new generation of Somaliland leaders. Not long after independence day celebrations, long-delayed parliamentary elections were held, in a process widely praised by African and other international observers as free, fair, and credible. Moreover, the two opposition parties, Waddani and UCID, together won the majority of seats, marking a power shift away from the ruling Kulmiye party. While a political shift of this character might have sparked conflict in some of Somaliland’s neighbors, this development was marked by peace and calm as the new government assumes power. The success of the recent election sits in stark contrast to Somalia, which has found itself in the midst of an election crisis in recent months that ultimately led to violent clashes between clan militias and security forces in the streets of Mogadishu.

Alongside these internal political developments, Somaliland is pursuing a more strategic foreign policy, building economic and political alliances with more powerful players that may eventually support its case for international recognition. Over the past several years, Somaliland has found itself in the midst of a whirlwind of geopolitical activity that has brought it into contact with both regional and great powers. Its relative stability and physical location at the epicenter of the greater Red Sea arena has made it an asset to many. It has found itself strategically placed in the middle of major international rivalries–such as the Persian Gulf conflict, the rivalry between China and Taiwan, and regional conflicts between Kenya and Somalia and Ethiopia and Egypt—and it has used those rivalries to further its own foreign policy agenda. Somaliland has seen unparalleled economic engagement from the UAE, with Dubai-based developer DP World investing $442 million into the port of Berbera, Somaliland’s commercial center on the Gulf of Aden.

Militarily, Somaliland has been approached by former adversaries, such as Egypt, and global powerhouses, such as Russia and China, about the establishment of bases along its coastline. Diplomatically, Somaliland has established formal relations with Taiwan, which only has one other friend in Africa (Eswatini), while rejecting support for China, a bold move for an unrecognized entity seeking support in the international community. Somaliland has also strengthened relations with Kenya, and aggressively expanded its ties with other nations across sub-Saharan Africa. While doing all of this, Somaliland has demonstrated a degree of agency never seen before in its foreign policy, leveraging the power it poses to make meaningful strides towards its goal of recognition and independence. Somaliland’s choices indicate strategic depth and maturity in its foreign policy. For a polity of its status, Somaliland has become a player in regional developments.

​These positive developments are not to say that Somaliland is without problems. There are currently no women in the parliament, freedom of speech and freedom of the press have seen significant setbacks, and minorities still struggle for proper representation. Furthermore, there is a long-standing border dispute with the neighboring Puntland region of Somalia, drought and locusts have plagued the countryside, and Somaliland remains very poor and underdeveloped. Somalia is unlikely to agree to a full split, and the African Union and broader international community are still hesitant to fully engage with the question of Somaliland independence. The sanctity of established borders and the fear of a proliferation of secession demands by aggrieved regions and communities remain formidable obstacles to Somaliland’s ambitions for full sovereignty.

​Nevertheless, Somaliland’s recent democratic successes, significant independence milestones, and dramatically increased international presence mark a paradigm shift for the proto-state as it seeks to gain attention for its independence cause around the world. In a region marred by conflict in Ethiopia, Somalia, South Sudan and Yemen, Somaliland stands out as a relatively peaceful and stable country, whose cause it is hard not to be sympathetic to. From the countless conversations I have had with Somaliland citizens and officials, this air of optimism for their future is alive and well. Somaliland is no longer just a blip on the radar of the international community, but rather a geopolitical vessel, growing in might, and making waves in the Horn of Africa and the Red Sea arenas. Change is afoot for this self-declared republic; keep your eye on Somaliland.

So many people were critical to my research on Somaliland this year. I’d like to specifically thank the Honorable Bashir Goth, the Honorable Mohammed Yonis, and Mr. Nicholas Hasko for their guidance, support, and regional insight as I dove into the depths of Somaliland politics. I’d also like to thank Jennifer Cooke, Director of the Institute for African Studies at GW and my thesis mentor, for her hands-on and personal mentorship, guidance, support, and friendship as I conducted my thesis research. She was critical in helping me complete my research, and I am very thankful for her.

Originally from Dallas, Max Webb graduated from The George Washington University in May of 2021 with a BA in International Affairs with a dual concentration in Conflict Resolution and International Development as well as a regional focus on the Middle East and the Horn of Africa. During his time in college, Max studied and wrote extensively on the Israeli-Palestinian conflict, as well as conflict in the greater Somali region of the Horn. He has previously served as an intern for the project on Arab-Israeli relations at the Washington Institute for Near East Policy, the diplomatic intern for the Kurdistan Regional Government representative office in DC, a research intern at Antioquia Presente in Medellín, Colombia, and a research aid at Reut in Tel Aviv. Currently, Max serves as the National Organizing Fellow for New York based policy group, Israel Policy Forum.