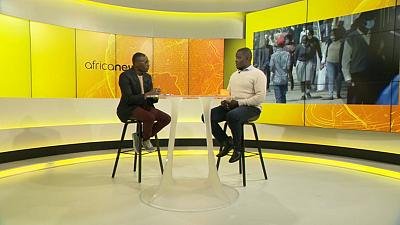 The International Court of Justice sided with Somalia in setting a maritime boundary with Kenya in a highly anticipated ruling on Thursday.

The new boundary drawn by the International Court of Justice mostly followed a line proposed by Somalia, attributing to it several offshore oil blocks claimed by Kenya.

According to some analysts, Kenya lost close to 44 percent of what it had intended to gain after this ruling

The court found that Kenya which did secure some territory beyond the Somalia proposal had failed to prove there was an established sea boundary between the states, which would have given it a greater portion of the disputed territory.

Kenya’s President Uhuru Kenyatta has rejected a ruling by the UN’s top court which allows Somalia to take control of most of a potential oil and gas-rich chunk of the Indian Ocean.

“While Kenya is not surprised by the decision, it is profoundly concerned by the import of the decision and its implications for the Horn of Africa region, and international law generally. At the very onset, Kenya wishes to indicate that it rejects in totality and does not recognise the findings in the decision,” President Kenyatta said.

Somalia’s president said in a speech that the ICJ’s ruling on the border dispute with Kenya is an opportunity for the two countries to collaborate.

President Farmajo spoke after the ICJ ruled in favour of Somalia handing it control over a potentially rich area of the Indian Ocean.

“Kenya should instead see the decision of the court as an opportunity to strengthen the relationship of our two countries and the collaboration of their neighbouring people. Somalia did not choose to be a neighbour with Kenya, but it was the will of the almighty God so that we are forced to live as peaceful neighbours. Somalia was committed to that forever and welcomes it now”, said President Mohamed Abdullahi Mohamed, known as Farmajo.

Africanews did a detailed discussion on the consequences of this ruling both on Somalia and Kenya. Africanews journalists Ronald Kato and Michael Oduor talked more about the issue and its implications to the two neighbours.

The question that lingers in everyone’s mind is what is at stake? Why are Nairobi and Mogadishu so passionate about these waters, about this area?

“We are made to believe that they are fighting for the maritime borders but actually, the main thing here at stake is we have quite a huge chunk of the sea that has oil and gas deposits. This is where we have the bone of contention between the two countries. So it is a matter of resources. Simple like that. The Kenyan president, Uhuru Kenyatta said, he is going to fight for the boundary, but it’s all just a matter of resources,” said Michael Oduor, Africanews journalist.

Another very important aspect is what actually changes on the ground? Kenya rejected the ruling while Somalia welcomed it. Kenya and Somalia have been at loggerheads for quite some years with the latter accusing Kenya of interfering with its own internal affairs.

“The ruling will not solve the problem that Kenya has had with Somalia for quite a long time. Remember when Somalia was to have a national general election that is from last year, but they kept on postponing the election. Apparently, the government in place, the former government was blaming Kenya for interfering with its own internal affairs. Leave alone that also we had the Kenyan army in Somalia who are helping to fight the insurgency from al-Shabab. So Somalia feels like Kenya has been too much into its own internal affairs, and that it’s time for Kenya to quit Somalia and let it run its own internal affairs. So this whole issue has been politicized in Somalia and even in Kenya. Farmajo has tried to use this altercation, this dispute between Kenya and Somalia to boost his popularity in terms of his re-election chances. So this is yet to come out and let’s see what’s going to happen next. But even if we look at the Somali opposition figures, they were actually expecting Somalia to lose this case, to capitalize on this to gain popularity. But now, since Somalia just won because it means Farmajo has gained popularity as the protector of Somalia,” Michael said.