SomTribune
Home Social Issues Somalis Are Black and British Too 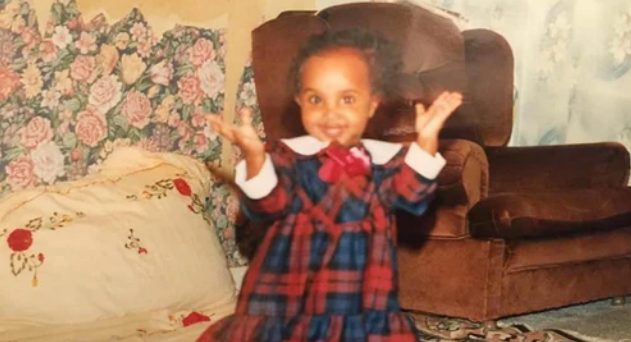 Despite regular exclusion from the folds of Black British identity, we’re proud, unfazed and primed to bring more banter than anyone else.

Growing up as a Somali in the UK revolves around a few constants.

It’s the consistent use of proverbs and hyperboles when telling stories, having ‘kaftan’ (banter) over endless cups of spiced tea, immediate overfamiliarity with every other Somali you meet, a taste for well done meat and mass invites for occasions – especially weddings.

Another thing to know is that the Somali community is insular, favouring the preservation of culture, tradition and rituals over any expectation to assimilate. As a result, growing up as a Somali in the UK also meant misrepresentation and, occasionally, social exclusion.

Though Somalis are an assumed newcomer to the Black British diasporic scene, our presence dates back as early as the late 19th century, when Somali Seafarers established communities across port cities – from Cardiff to Liverpool to London’s east end. Now, there are approximately 108,000 Somalis in the UK, with many migrating in the 1990s following the outbreak of conflict in Somalia.

My parents were part of a later wave, settling in west London in the 90s to raise me and my brother. At first we moved between lively estates, eventually finding home on a quiet cul-de-sac in Ealing. I fondly recall the difficulties of navigating the high street where my abo (dad) stopped every five minutes to speak to every Somali person he encountered. Some he knew, some he didn’t, but each conversation was treated with as much warmth and affection as the next. Very little can stop a Somali engaging another Somali, such is the desire to greet and acknowledge each other.

At times, it can seem that Somalis who grew up in the UK have lived a similar life. See: the scripted TikToks comically depicting Somali mums. The periodic tweets that speak to a shared experience. The bright, colourful, ordered chaos of Somali weddings. The tuition centres and dugsi’s (Islamic teaching spaces) our parents regularly committed to taking us to, and the endless stories of mischief in these educational hubs. The burning of uunsi (incense) that filled our homes with sweet smelling smoke, frequent spontaneous visits from aunts, uncles and cousins; and – inexplicably – a fear of free roaming dogs that all Somalis seem to share.

But it’s always felt that Somalis were excluded from the folds of Black British identity. Our treatment has oscillated between curiosity and ridicule. Taunts varied, but the response to one of our national dishes – rice with banana – is a fitting emblem of the tendency to perceive Somalis as peculiar. The thing is: Somali people are proud and unfazed, and any challenge to our collective sense of self is met with confidence and a wicked sense of humour. If you went to an inner city school it’s likely you can recall an Abdi or Muna in your class or playground who effortlessly had people in stitches with their sharp wit and cutting remarks.

Somalis are just one group that makes up the diversity of Black immigrants in Britain. However, there is a tendency to obscure the histories and stories of those that don’t neatly fit into narratives around post-war migration. Thankfully, this is changing, as Somalis become more visible and prevalent within the Black British diaspora. For me, what it means to be a Somali in the UK today feels vastly different to what it meant when I was growing up. It’s cool to be a Somali right now.

Just last week, Unknown T tweeted “Somali music is Lit you know”, following a viral video of a Somali singer. He’s not the only one to recognise and embrace elements of Somali culture: from Drake to Digga D, a shout out to Somalis in a song or the colloquial use of Somali language is increasingly commonplace.

Yet, as Somalis flourish in certain cultural spheres, there is much to be done to ensure that the breadth of Somali history in the UK is documented and shared. Numbi Arts, a Somali arts organisation, is in the process of meeting this need, with its proposed creation of the first Somali Museum in the UK. Meanwhile, Somali writers continue to illuminate Somali history in the UK, like Nadifa Mohammed – who writes and shares stories of what life looked like for the first Somalis to settle on these shores.

Identity is tricky, complex and often difficult to articulate. But there’s a word that is central to explaining Somali identity across the board. It’s called “Somalinimo”, and it carries immense meaning.

Though abstract in concept, Somalinimo encompasses what it means to be Somali and how to relate to other Somali people. In a minefield of diasporic tropes, which sees every first gen migrant as ‘torn between two worlds’, there is a refreshing clarity and grounding that “Somalinimo” gives me.

Somalinimo is the thing that invokes an involuntary familial feeling between all Somalis. It’s what makes you realise that even though we are far away from “Home” we still maintain and cherish our ties and connections to each other.

I know that in the folds of Somalinimo, I can comfortably nurture all the elements of my identity, without having to create a sense of competition between them. Somalinimo offers me the opportunity to confidently embrace all that I am – Somali, Black and British.