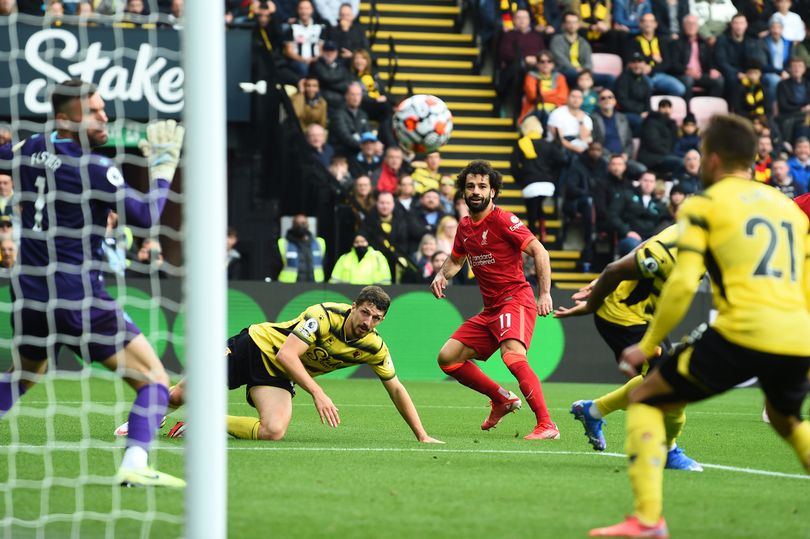 The Egyptian star has been in fantastic form for the Reds in 2021 but with his current deal ending in 2023, speculation is mounting over his future

Mohamed Salah has proclaimed he would like to see out his career at Liverpool and that the idea of playing against the Reds between now and the end of his career makes him “sad”.

The prolific forward – nicknamed “The Egyptian King” by the Anfield faithful – has always come up with the goods in front of goal for Liverpool, and this season he somehow appears to have upped his game.

Plenty of goal records have been broken and Salah already has a staggering 12 goals in 11 appearances.

But his sensational performances have come amid uncertainty regarding his contract.

Salah’s current deal runs until 2023 and the star is thought to be looking for a pay bump ahead of signing a new deal.

Links of a move away have materialised as the situation rumbles on, but the 29-year-old has made his feelings clear.

He told Sky Sports : “If you ask me, I would love to stay until the last day of my football career, but I can’t say much about that – it’s not in my hands.

“At the moment I can’t see myself ever playing against Liverpool. That would make me sad.”

Salah has scored 12 times this term, which includes sensational solo efforts against Manchester City and Watford.

His recent strike against the Hornets came during a 5-0 win and after the game Jurgen Klopp declared him the world’s best player.

“Come on, who is better than him?” he said. “We don’t have to talk about what Messi and Ronaldo have done for world football and their dominance but, right now, he is the best.

“His performance was massive. The pass for the first goal was great and the second goal was special. He is top, we all see it.”

Former Red Jamie Carragher urged Liverpool to iron out Salah’s future sooner rather than later, despite their financial limitations.

He said recently: “Liverpool cannot afford to let his contract situation drag on, with the threat they could lose him in the next two years.

“I know the situation Liverpool are in. They don’t have the finances of Manchester City. But right now, Salah is playing as well as anyone in the world.

“He is one of the greatest goalscorers this club has ever seen, and it’s imperative that at his peak he’s still scoring goals in the red shirt of Liverpool.”

Salah has formed one third of a fearsome attacking trio at Liverpool that also features Roberto Firmino and Sadio Mane.

But whilst the other two have endured dips in form the Egyptian has continued to find the net.

In his debut Premier League season the forward scored 32 times in the Premier League, which remains a record, en route to the PFA Player of the Year award.

He followed that up with another Golden Boot the year after and is a good bet to win the award for a third time.