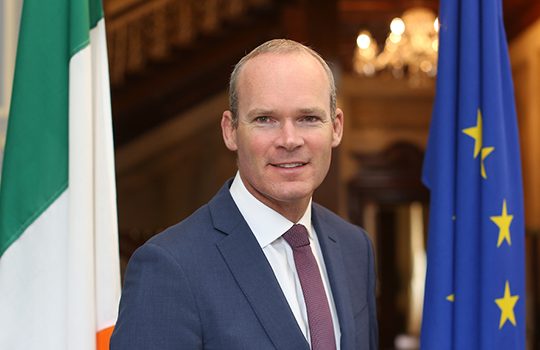 Earlier this week, the Ethiopian government informed Ireland’s Embassy in Addis Ababa that four of the six Irish diplomats serving at the Embassy must leave the country within one week. Our Ambassador and one other diplomat have been permitted to stay.

The Ethiopian authorities indicated that the decision to scale-down the size of our Embassy was due to the positions Ireland has articulated internationally, including at the UN Security Council, on the ongoing conflict and humanitarian crisis in Ethiopia.

“I deeply regret this decision by the government of Ethiopia. Ireland has had a diplomatic presence in Ethiopia since 1994, working in partnership with the government and people of Ethiopia to support the development of their country.  That Ethiopia has been the largest recipient of Irish Aid funds in the last five years is a demonstration of Ireland’s deep commitment to the country. Our engagement internationally on Ethiopia, including at the Security Council, has been consistent with the positions and statements made by the European Union, including by the EU High Representative/Vice President Josep Borrell.

“Our Embassy in Addis Ababa remains open, with the team continuing to discharge their responsibilities, including in relation to the international organisations to which we are accredited, including the African Union and IGAD. Ireland fully supports the role of the African Union in seeking a peaceful solution to the conflict, including through the work of its Special Envoy, former Nigerian President Olesegun Obasanjo. We are committed to the sovereignty and territorial integrity of Ethiopia.

“In the context of the deteriorating security situation in Ethiopia, the focus of Embassy will be the provision of consular services, although the reduction of our diplomatic staff numbers by two thirds will inevitably affect our ability to fully provide such services.  We recommend against all travel to Ethiopia and Irish citizens in Ethiopia should leave the country by commercial means immediately.

“I hope the decision of the government of Ethiopia will be temporary, so that our Embassy staff can return to carrying out their important duties in the country as soon as possible.

“We will maintain our solidarity with the people of Ethiopia as the humanitarian crisis worsens. In the coming weeks, Irish Aid will disburse €16 million to humanitarian partners operating in Ethiopia including UN OCHA, UNICEF, UNFPA and the International Rescue Committee.”