SomTribune
Home Social Issues Health Omicron: What are the Symptoms of The Latest COVID Variant and Should... 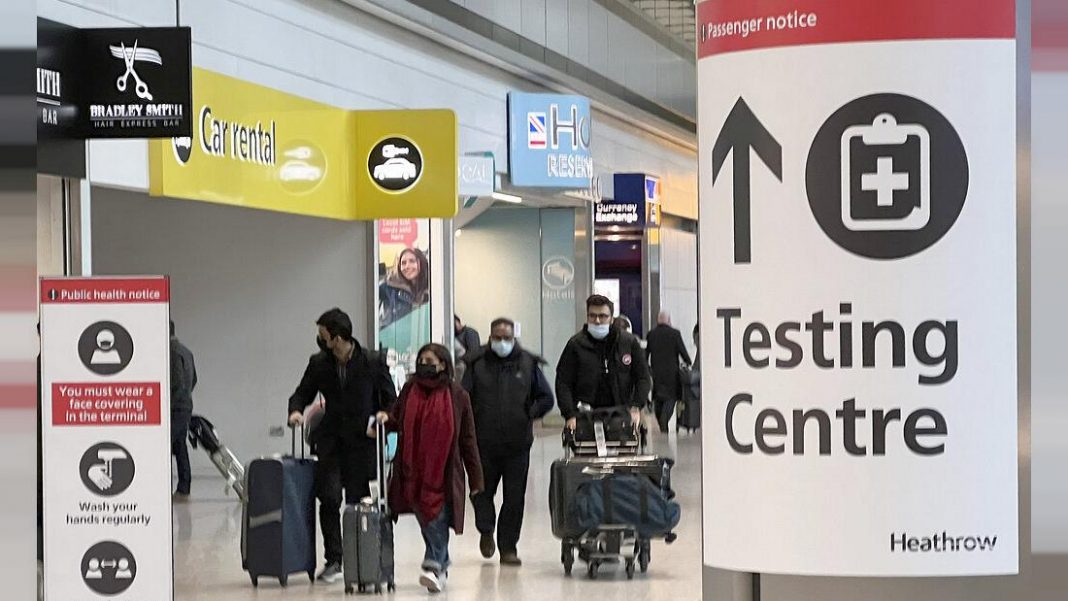 The Omicron Covid variant is likely to spread further and poses a “very high” global risk, the World Health Organization (WHO) said on Monday.

With the world on high alert, a doctor in South Africa who was one of the first to suspect the different coronavirus strain has said the symptoms of the Omicron variant are mild and could be treated at home.

Dr Angelique Coetzee, a private practitioner and chair of the South African Medical Association, told Reuters that on November 18, she noticed seven patients at her clinic who had symptoms different from the dominant Delta variant, albeit “very mild”.

She treated around 30 patients and said the most common feature appeared to be tiredness.

How do Omicron symptoms differ?

Fatigue was one of the main symptoms her patients were reporting, Dr Coetzee said.

Other symptoms were a mild headache, body aches, and a scratchy throat, she told AFP.

But she said unlike the Delta variant, patients have so far not reported a loss of taste or smell. There was also no major drop in oxygen levels.

How was Omicron discovered?

Coetzee said a patient at her clinic on 18 November reported being “extremely fatigued” for two days with body aches and headache.

Most of them are seeing very, very mild symptoms and none of them so far have admitted patients to surgeries. We have been able to treat these patients conservatively at home.

“Symptoms at that stage were very much related to normal viral infection. And because we haven’t seen COVID-19 for the past eight to 10 weeks, we decided to test,” she said. It then turned out the patient and his family were positive.

More patients came in on the same day with similar symptoms, which was when she realised there was “something else going on”.

Since then, she’s seen two to three patients a day.

“We have seen a lot of Delta patients during the third wave. And this doesn’t fit in the clinical picture,” she said, adding she alerted NICD on the same day with the clinical results.

“Most of them are seeing very, very mild symptoms and none of them so far have admitted patients to surgeries. We have been able to treat these patients conservatively at home,” she said.

Who has been affected?

Coetzee said her experience was treating people who are 40 or younger and that almost half of the patients with Omicron symptoms that she treated were not vaccinated.

But she warns that the effects of the omicron variant in elderly patients are unknown.

Should we be worried about Omicron?

So far, there have only been a small number of cases reported around the world. It has been detected in several southern African countries as well as some in the UK, Belgium, the Netherlands, and Hong Kong. There are possible cases in other countries, such as France.

But what worries scientists is how quickly the new variant can spread.

The first case was detected on November 9 and last week three-quarters of the cases registered in South Africa – about 3,000 after a period with very few infections – are due to this variant.

But the main unknown surrounding this variant is its multiple mutations. Some are worrisome, according to the WHO. This is mainly because of the risk of reinfection.

South African scientists have said it contains more than 30 mutations to the spike protein, which is the component of the virus that binds to cells. This is significantly more mutations than the Delta variant.

Scientists are concerned as the spike protein mutations could make this new variant more transmissible and it’s also possible the new variant may reduce the effectiveness of the available diagnostics, drugs, and vaccines.

“Depending on these characteristics, there could be future surges of Covid-19, which could have severe consequences, depending on a number of factors including where surges may take place. The overall global risk related to the new VOC [variant of concern] Omicron is assessed as very high,” the World WHO said.

It said in its report on Monday that it is “a highly divergent variant with a high number of mutations… some of which are concerning and may be associated with immune escape potential and higher transmissibility”.

How do you know if you have contracted Omicron?

According to the WHO, several labs have indicated that for one widely used PCR test, one of the three target genes is not detected (called S gene dropout or S gene target failure) and this test can therefore be used as a marker for this variant, pending sequencing confirmation.

The health agency said that using this approach, this variant has been detected at faster rates than previous surges in infection, suggesting that this variant may have a growth advantage.