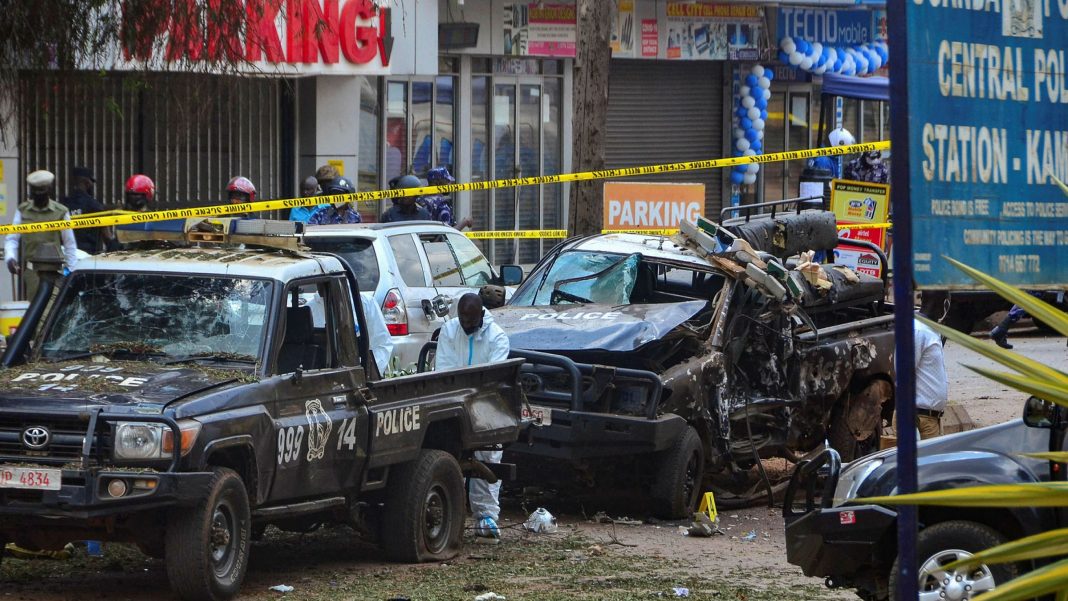 The world’s most notorious terrorist group is making another worrying expansion in Africa. It poses massive implications for the international community.

On Nov. 17, terrorists affiliated with the Central African branch of the Islamic State claimed responsibility for two suicide bombings in the country’s capital, Kampala. These attacks killed three people and wounded at least 36. Days later, Ugandan officials announced that they had killed five suspects and arrested 21 others believed to be linked to the atrocities. The twin bombings followed an Oct. 23 attack targeting a Kampala cafe and another attack two days later on a bus in a nearby village.

The surge of ISIS-affiliated violence in Uganda may come as a surprise to many — especially as the group only emerged in earnest less than a month earlier. Yet ISIS has long had its sights set on the East African nation. Back in January, it released a video highlighting its presence there. And since 2019, the same ISIS affiliate, known as the Islamic State Central African Province, has claimed responsibility for numerous attacks on the common border between Uganda and the Democratic Republic of the Congo.

So who is ISCAP, and why is it attacking Uganda now?

It’s actually a DRC-based, anti-Ugandan government militia formerly known as the Allied Democratic Forces. Established in 1995, the ADF split into two factions several years ago, with one of them pledging allegiance to the Islamic State and becoming its regional franchise.

Yet the Islamic State’s interest in Uganda predates its relationship with the ADF. It stretches back to 2016, when the terrorist organization included Uganda as a target for its local affiliate at the time. But that group, Jabha East Africa, ultimately fizzled out.

ISCAP, then, is the second iteration of the ISIS presence in the region. The terrorist group has learned much from its prior mistakes. For instance, it has tried to make its new franchise a more formal consolidation of established groups, including the ADF and Mozambique’s Ahlu Sunna Waljama’a, to avoid past failures.

This adaptation has included collaboration with other, more established militants on the continent as well. A new report by the International Centre for the Study of Radicalisation, for instance, highlights evidence that the ADF is working with Somalia’s notorious al Shabaab, with the factions carrying out joint training.

The findings are unexpected, and concerning, for a critical reason. While ISCAP is backed by ISIS, al Shabaab is affiliated with its ideological rival, al Qaeda. And although cooperation between ISIS and al Qaeda affiliates is not unheard of (it most recently manifested in the lawless Sahel region), it has always been temporary and defined by mistrust. Until now.

Concerning, too, is the potential of these groups to target regional infrastructure. Islamist violence in Mozambique’s Cabo Delgado province, for instance, has already stalled French oil company Total’s $20 billion liquefied natural gas project in that country. Since then, Total has shifted its focus to its $5.1 billion Tilenga LNG project on Uganda’s Lake Albert, creating another potential target for ISIS. Ugandan officials are actively preparing. President Yoweri Museveni has ramped up his government’s surveillance of ISCAP, deployed some 1,500 troops to the project the site, and set up an operations center in nearby eastern DRC for a joint offensive with the Congo’s military.

All of which raises the specter of strategic evolution on the part of ISIS. The group, on its heels elsewhere, appears to be exporting a strategy of taking control of natural resources, much as it has done in Iraq and Syria, to its Central African province. ISIS may also be adapting in ways that facilitate cooperation and coordination with others, even rivals, dramatically expanding its threat potential in the process.