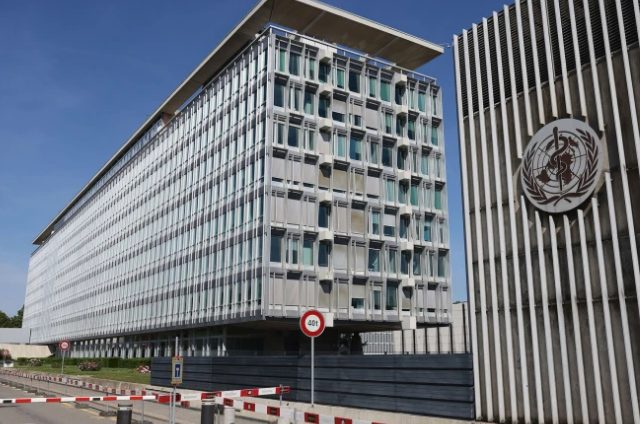 One unforeseen consequence of the pandemic was seeing the World Health Organization perform like China’s puppet.

It shouldn’t have come as a surprise. WHO’s director-general, Ethiopian scientist Dr. Tedros Adhanom, had won election with China’s enthusiastic support, prevailing in 2017 over a US-backed candidate. Tedros succeeded China’s Margaret Chan, who as director-general spent considerable time placing Chinese and China-sympathetic personnel into key positions. Chan’s 2006 selection (and later re-election) was a visible but far-from-only sign of Beijing’s campaign to increase its senior-level influence across the vast United Nations system, especially in the specialized agencies, which should be nonpolitical.

Qu Dongyu, over US opposition, became director-general of the Food and Agriculture Organization in 2019, like Chan the first Chinese national to head his agency. China’s Houlin Zhao has led the International Telecommunications Union since 2015, as did Fang Liu the International Civil Aviation Organization until earlier this year.

Fortunately, Beijing’s candidates do not always prevail. In 2020, in a contested race for director-general of the World Intellectual Property Organization, a Washington-backed Singaporean citizen defeated a Chinese candidate.

WIPO has a critical role in protecting intellectual property from global pirates, of which, for decades, China has been undeniably the largest. Had Beijing taken WIPO’s top position, the economic and political implications would have been enormous.

Pursuing high-level executive positions is in turn only part of China’s effort to dominate the UN system for its own ends, recalling Soviet Union tactics from Cold War days. Moscow famously inserted KGB agents as Russian “interpreters” into secretariats throughout the UN, with predictable results. Who knows if China is doing the same?

Beijing is systematically pursuing several critical priorities. Most important is excluding Taiwan from significant participation in UN affairs, part of a relentless campaign underway since Beijing replaced Taipei as holder of the “China” seat in 1971.

Blocked to this day by China from reapplying for membership in the UN itself, Taiwan sought membership in several specialized agencies as a stepping stone to, ultimately, full UN membership. This was anathema to China, which was determined to snuff out any Taiwanese efforts at their first appearance.

For three decades, Taiwan tried repeatedly to increase its participation in WHO to demonstrate its responsibility and capabilities as a representative, independent state. Paradoxically, humanitarian efforts to demonstrate Taipei’s medical competence, and its specific willingness to aid the international response against the coronavirus, threatened Beijing.

Because of China’s longtime efforts to increase its influence within WHO, it was no accident Xi Jinping was fully prepared to unleash its bureaucracy to discredit Taiwan’s efforts and manipulate WHO to frustrate any meaningful understanding of China’s role in the pandemic’s origins. Tedros went so far as to accuse Taiwan, without foundation, of originating or condoning racist attacks and even death threats against him, which Taiwan emphatically denied.

Beijing’s second major focus is subverting the UN’s Human Rights Council. China is always alert to block any UN investigation of its abysmal human-rights record, including the ongoing genocide against the Uighurs in Xinjiang; the broad repression of religious freedom throughout China, and the crushing of Hong Kong’s political rights, in violation of its international commitments (and a model of Taiwan’s fate if Beijing ever gets the chance).

With publisher Jimmy Lai languishing in prison and many other Hong Kong voices silenced, one searches in vain at the United Nations for criticism of China analogous to what inevitably follows actions by Israel or the United States that displease our adversaries. It is not just the UN’s institutional hypocrisy at work here, but China’s silent, assiduous and unfortunately successful efforts to stifle any unwelcome activity within the UN.

Washington should not tolerate Beijing’s UN obstructionism, however manifested. Faced with a worldwide pandemic it could have helped mitigate, China acted irresponsibly, blocking scientific inquiry and engaging in its continuing political vendetta against Taiwan. Similarly, while China is not the only UN member trying to conceal its human-rights record, it stands head and shoulders above the other miscreants.

Although President Joe Biden wants America to remain a WHO member and rejoin the Human Rights Council, he has done nothing to reverse China’s malign influence in the United Nations. We will suffer for this failure of US leadership.

John Bolton was national security adviser to President Trump from 2018 to 2019 and US ambassador to the United Nations from 2005 to 2006.