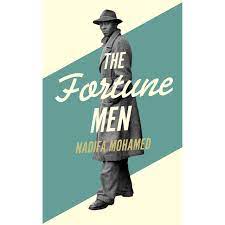 The wrong man: inside the world of a Somali sailor hanged for murder.

Mahmood Mattan has been rescued. Given new life, he emerges from the pages of “The Fortune Men” as a full-blooded literary victim-hero with all the complexity that such a status tends to require.

It’s a miraculous feat by Somali-British writer Nadifa Mohamed, coming 70 years after Mahmood, falsely accused of murdering a woman in her store in Cardiff, was hanged in a dank Welsh prison.

Mahmood died in 1952. Family and friends sought for decades to clear his name. Finally, in 1998, a panel of British judges quashed Mahmood’s conviction.

With the basic facts of the case and its outcome widely known, what is left for a novelist? How will she maintain suspense?

Mohamed overcomes such doubts with the feast of her prose. She brings magic to her project, achieving in fiction what no historical account could match.

Mahmood grew up Muslim amid famine, drought, clan warfare and colonial occupation in Somalia. His pious mother thought nothing of medicating her boy with words of the Qur’an washed off a chalkboard and stirred into a potion for drinking. As a teen, he began a wandering life as a laborer in Africa before circling the globe as a sailor on merchant ships. Though he spoke five languages, he could scarcely read or write.

He never feared taking chances or facing the unknown: “I am a gambling soul. Even as a small boy if someone say to me, ‘Oh, I know you won’t do that or you can’t do this,’ I look them in the eye and just do it. I take everything life give me and throw it in fate’s face.”

Mahmood’s ill-fated story picks up in Tiger Bay, a port town where he hopes to reunite with his estranged wife and their three young sons. It’s a bustling place, blasted, polluted, bruised by World War II, the kind of town where “you can have chop suey for lunch and Yemeni saltah for dinner.” The town is multiracial but also plenty racist, with Blacks from the West Indies and Africa working as laborers and living in slums.

More prosperous but also emigrés are the Volacki sisters, whose Jewish father moved there from Russia 50 years earlier and became a successful merchant. By the 1950s, Violet Volacki is running the family store. One night, answering the door after closing hours, she is killed, purportedly by a Black man. Without much in the way of evidence or witnesses, Mahmood soon becomes the chief murder suspect.

“The Fortune Men” revels in the sensual details of its life-and-death tale, from the starry Somali desert of Mahmood’s youth to the smell of cooked food threading the air of Tiger Bay.

A celebration of Eid, the parade and feast to end Ramadan, is enjoyed by all:

“Aproned matrons, flat-capped gamblers, ruined rummies, yapping dogs, fresh-faced bar girls and leather-jacketed teenage delinquents watch from the pavement and wave out of windows. A few tatty Union Jacks, left over from VE-Day celebrations, flap about. The giddy children delight in what they call Muslim Christmas.”

The unbridled delight of such scenes gives rise to the existential dread that curdles Mahmood’s reflective soul when it dawns on him that his innocence will not protect him from the hangman’s noose.

The trial is a joke. Mahmood’s own lawyer may as well have been working for the prosecution, and a guilty verdict and death sentence are quickly announced.

Believable, flawed, labile, proud, defiant, fatalistic and vengeful, Mahmood captures our full sympathy, and his final days are filled with insight and pathos.

In a reversal of the western perspective, Mohamed shows us Britain through the eyes of this outsider, the Black African, the Muslim. It’s an eye-opening angle of vision and an unforgettable one.