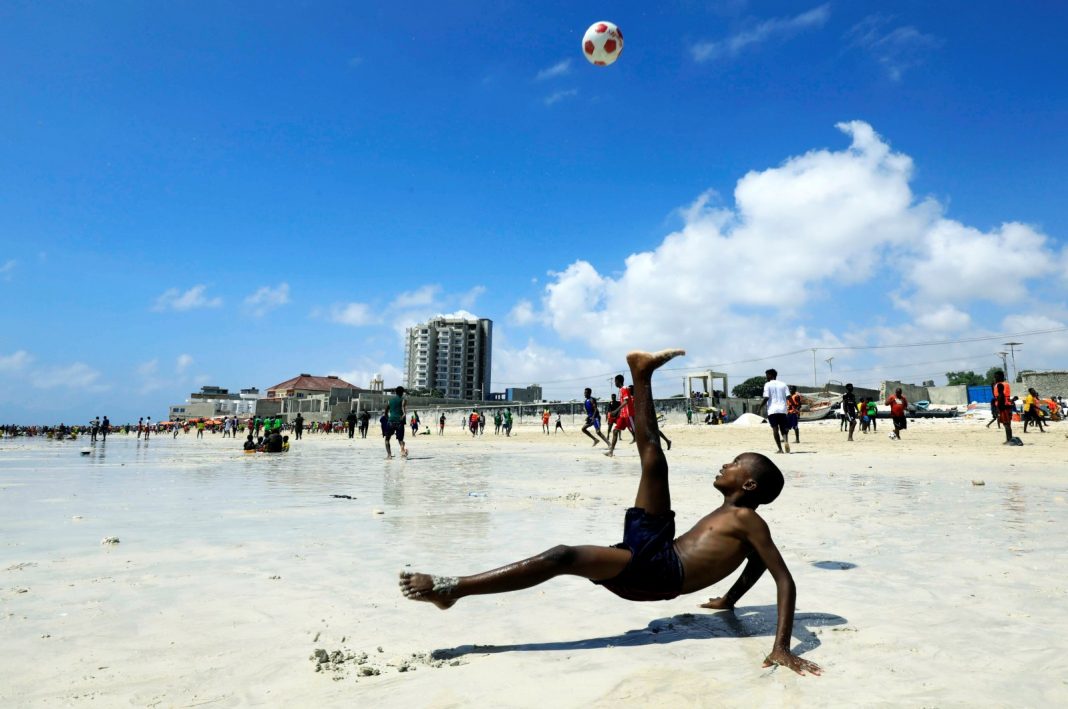 After two decades of civil war and lawlessness, Somali’s capital Mogadishu has flourished in recent years and now wants to learn more from Turkish cities to modernize.

The city has dispatched senior local officials to Konya, a provincial center roughly 230 kilometers (143 miles) south of Turkey’s capital Ankara, to observe economic development, job creation, and water and waste management in a modern urban setting, according to the secretary-general of Mogadishu Municipality and its surrounding regional administration, Hirey Ahmed Roble.

Expressing his admiration for Konya, as well as that of other municipal officials, he said the visit made them realize that “we are living in the mid-1970s.”

“Honestly, what was seen there was astonishing,” Roble told Anadolu Agency (AA). “Konya is a city where a large percentage of its energy comes from using waste in a good management system, and we wanted to learn from them to share their knowledge and they were very welcoming.”

He said Mogadishu and Konya had reached an agreement for Konya to assist Mogadishu’s municipality to train its employees in water and waste management, as well as clean energy so that the Somali capital can get its modernization efforts on track and return to its glory days as one of the best-managed cities in the Horn of Africa region.

“We aren’t going to reach the level of Konya in my lifetime but we’re doing whatever we can to learn from them and use our knowledge to modernize our city,” he said.

Mogadishu is the biggest city in Somalia, as well as the most populous with an estimated 3 million residents. It has seen rapid economic and innovative growth during the last decade.

But, the municipality does not have enough equipment, such as vehicles, to effectively manage its waste output.

“We have some vehicles – some of them previously donated by Istanbul – but they aren’t enough. Mogadishu is a big city with 17 districts. We’re currently using what is in our possession but sometimes several districts have to share only one car to transport waste, which is not good at all,” said Roble.

Paring with Konya was a good move, he said. “Our expectations are very high. That’s why all the city’s councils unanimously approved the twinning agreement.”

Sanitation campaigner and Mogadishu resident Heykal Mohamed said that paring the cities would benefit the communities of both, who share a “long history” and is an indication of progress for the people of the Somali city.

Underlining the assistance that Turkey has provided Mogadishu regarding its infrastructure, he added that Ankara had built roads and schools in Mogadishu, installed solar lights and trained Somali soldiers.

“Twinning Mogadishu and Istanbul can bring an integration of both societies since both societies are related in terms of religion and each will benefit the civilization and culture of the other,” said Mohamed.

He also took note of Turkish President Recap Tayyip Erdogan’s first visit to Somalia in 2011 as the African country was faced a devastating famine that killed more than 20,000 people and displaced millions.

“Turkey is the only country that rushed to us and extended its generosity and turned the eyes of the international community to Somalia during the drought,” he said.

Somalia is currently in the midst of another severe drought.

The Banadir regional administration, where the capital is located, has warned that it was currently struggling with an influx of people fleeing the water shortage in the country.

Roble said the situation was “dire” and is beyond the administration’s control.

“The internally displaced camps are overcrowded and we’ll soon have to set up new camps,” he told AA.

“We call on our Turkish brothers and the government of Turkey to expand their assistance to those affected by the drought,” he said.

Turkish-Somali relations have grown over the years and as part of their strategy of cooperation, Turkey has trained nearly one-third of the Somali military forces.

In addition to military cooperation, the two countries also partner on health, education and other initiatives.

Turkey’s vast aid effort at the height of the 2011 famine endeared it to many Somali people, and it has continued to pour in aid, much of it from private companies.

Turkey has built schools, hospitals and infrastructure and has provided Somalis with scholarships to study in Turkey.

Somalia was also the first country where the Maarif Foundation successfully made its foray, in a bid to replace schools once operated by the Gülenist Terror Group (FETÖ).

The foundation was created in cooperation with the Ministry of National Education to provide educational services abroad and now runs schools that used to belong to FETÖ, the terrorist group behind the July 2016 coup attempt in Turkey.