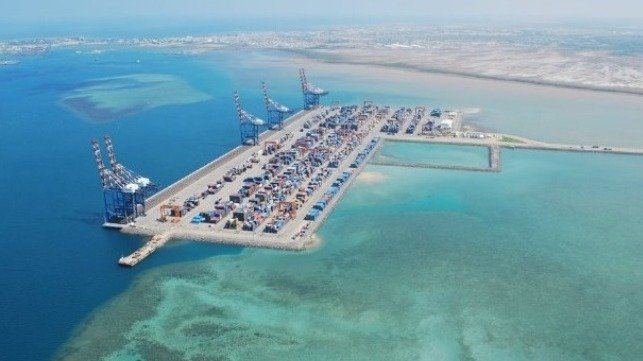 Djibouti’s ambitions of building a competitive economy anchored on ports and ports-related infrastructure could turn out to be a mirage, according to the International Monetary Fund (IMF).

The IMF is warning that despite massive investment in port-related infrastructure in pursuit of a dream of becoming the “Singapore of Africa,” Djibouti’s bubble is on the verge of bursting, with the country’s economy facing an uncertain future.

The IMF contends that although the investments have driven strong economic growth in recent years, benefits in terms of generating jobs and tax revenues have been minimal besides exposing the country to macroeconomic shocks.

The COVID-19 pandemic and the conflict in neighboring Ethiopia are twin shocks that have had a significant impact on economic activity and exposed the country’s vulnerabilities. In recent months, port activity has fallen initially due to pandemic-related disruptions to global trade then on reduced demand from Ethiopia.

“Djibouti has invested in significant port-related infrastructure, which generated annual growth of almost seven percent between 2013 and 2019, before the COVID crisis. However, with investments centered on capital-intensive projects, few domestic jobs and little tax revenues have been generated,” said the IMF in a recent report.

Guided by its Vision 2035 blueprint, Djibouti has been on a mission to become Africa’s maritime powerhouse by exploiting its location at the entrance of the Red Sea. It has pursued a dream to become a transshipment hub connecting the Middle East and North Africa region, East Africa, the Horn of Africa and Europe.

With loans from China, Gulf nations and the U.S. in excess of $4 billion, the country has invested in six ports, oil and gasoline terminals, free economic zones and a railway line connecting it to landlocked Ethiopia, its biggest inland client.

The investments have attracted global attention with the port of Djibouti ranked as Africa’s top port on the global Container Port Performance Index. However, they have also precipitated a surge in macroeconomic vulnerability, with the country’s public debt rising to about 70 percent of gross domestic product ($1.5 billion).

Djibouti handles 95 percent of inbound and outbound trade from Ethiopia, raking in over $1.5 billion in port fees annually. However, there may be challenges ahead: the conflict in Ethiopia is already having negative impacts, with port activities on the decline. Meanwhile, neighboring jurisdictions – like Kenya and Somaliland – are investing in their own port infrastructure, which is bound to bring new competition to Djibouti’s doorstep.

The World Bank believes that Kenya’s Lamu port and the Lamu-Southern Sudan-Ethiopia Transport (LAPSSET) regional interconnection project have the capacity to reduce Djibouti’s share of Ethiopian cargo by 10 to 15 percent. Somaliland’s Berbera port could capture 30 percent of Ethiopia’s cargo volume.

“Djibouti’s port activity has fallen, initially due to pandemic-related disruptions to global trade, then on reduced demand from Ethiopia. As a result, output growth slowed to about one percent in 2020,” said the IMF.

The IMF added that with the economic outlook clouded by the conflict, the outlook for 2022 is less favorable and subject to downside risks.