Partly in response to what many critics termed as a government tactical blunder by summoning Waddani Chairman to the CID HQ in Hargeisa, waves upon waves of supporters drapes in the orange colours of the party escorted Chairman Hirsi Ali Haji Hassan and Presidential candidate Abdirahman Mohamed Abdullahi Irro to Burao, Togdheer region of the Republic of Somaliland Thursday. 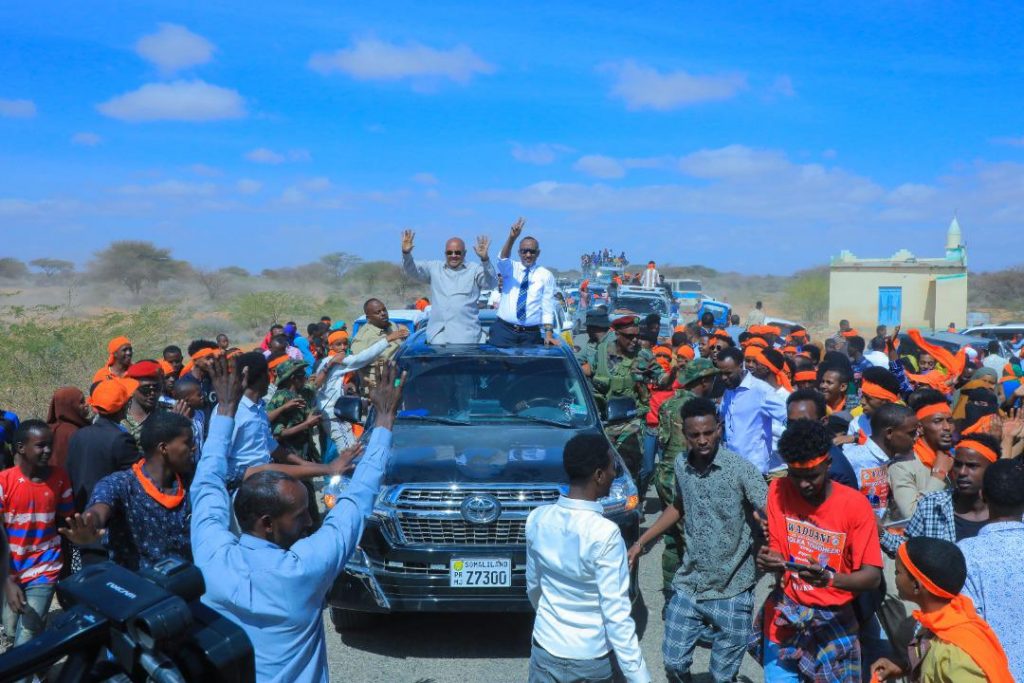 Speaking to the multitude of sportive supporters at the Burao public square, the leaders expressed delight and emotional surprise at the expression of loyalty shown them by party loyalists. It did not escape them, either, that a great number of the throngs who received them at Sheikh 63kms west of Burao to escort them to the city proper came out to show their displeasure at what they deemed as a crude of intimidation against Waddani leaders on the part of the government of President Musa Bihi. 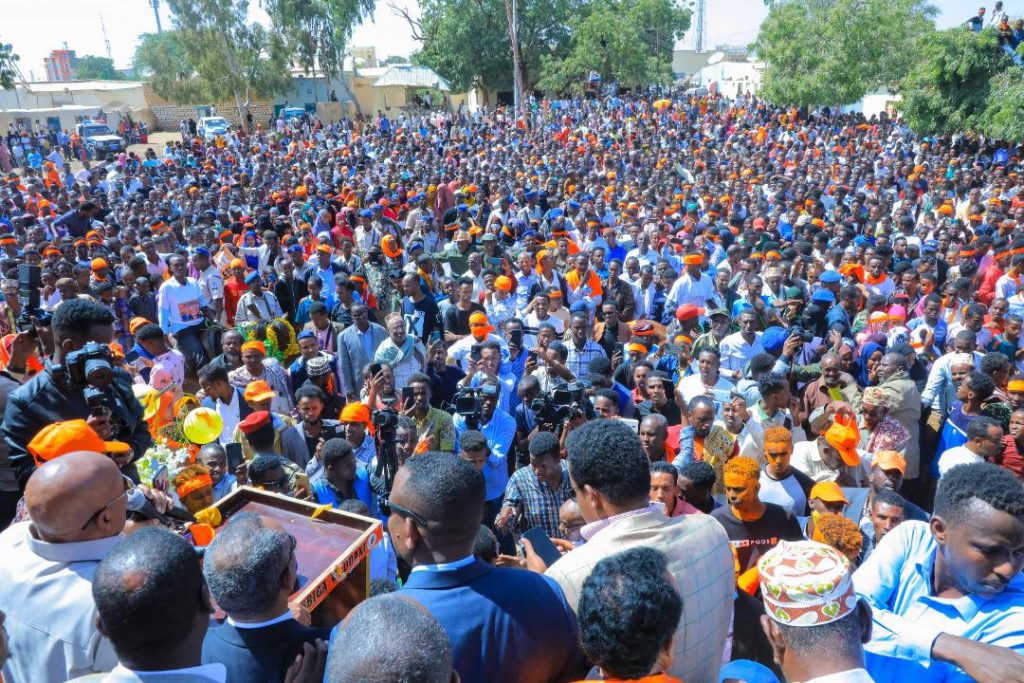 The message was unmistakeable.

“To us, the huge reception you accorded is indicative of an underlying message: Burao is united (in Waddani support)”, Presidential candidate and former Waddani Chairman, Abdirahman Mohamed Abdullahi ‘Irro’, told the ululating, jubilant audience.

“President Musa Bihi’s government appears to have failed in leading the Republic of Somaliland. To conceal that and mislead the public, it started political anarchy. It started constitutional squabbles. Musa’s government term is timed and it will be taking its leave,” he shouted.

He said it was time that the people of Somaliland united to save the country from the excesses and vagaries of President Musa’s government.

“You all know how the incumbent government,” Chairman Hirsi added, “has broken the nation into segments favouring some, putting undue pressure on others. We can no longer keep watching the misery of a wailing, distressed public whose laws are being blatantly broken, their properties sequestered, their governance and statehood smashed,” he said.

“We ask you to reject unlawful violations as we would. I say to (President) Musa one is not successfully hidden if the back is showing in plain sight,” he added.

Among the questions, according to him, the Chairman was asked by the Criminal Investigation Department officers, yesterday, was why he repeatedly told the public to question unlawfulness and the abrogation of the laws of the law.

“If I did not tell the public to reject unlawfulness and everything that reeked of it, what else was I to tell them,” he said at a press conference Wednesday.

Another message the two leaders repeatedly came back to again and again was that their party and their supporters should no accept the opening of political associations as promised by the government.

The leaders, however, omitted to suggest a resolution to the growing impasse as the government’s proposal is largely supported by Law No. 14/2021.

The proposed action, contrasting views point out, were in perfect synchronisation of the Constitution which mandated the ten-year term of national political parties due to end in December 2022 – barely a month after presidential elections were due in early November.

The situation created a standoff among MPs at the House of Representatives (the Lower House) resulting in forty-seven of them submitting a petition to the Supreme Court to seek a constitutional interpretation of contentious areas in the Law.

The Court has yet to reach a decision on the matter.