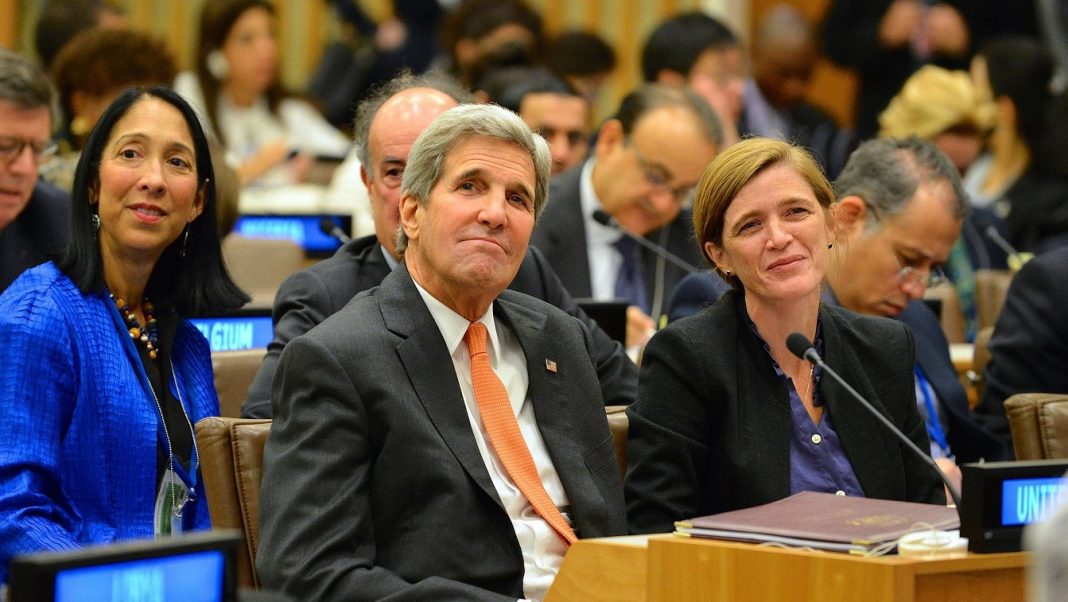 Two months ago, U.S. Agency for International Development (USAID) administrator Samantha Power jetted off to the UN climate summit in Glasgow to speak about the need to invest in climate. She juxtaposed droughts in Texas and the Horn of Africa; the formed killed ten, the latter more than 250,000. “Developing countries urgently need…social-safety nets and insurance mechanisms that can protect families and help them bounce back when they lose crops and livestock,” she declared.

Unfortunately, USAID so far appears more prepared to grandstand than act. The problem is not cynicism: most USAID employees are not only earnest and dedicated but also frustrated at how their byzantine bureaucracy hampers rather than enables progress and how successive administrators have failed to reform the process.  Rather, the problem remains a tendency to conflate spending with effectiveness. In one infamous example from 15 years ago, USAID spent 95 percent of its anti-malaria programming budget for Africa on overhead and consultants and only five percent in the field. A related problem is USAID’s continued failure to recognize and replicate best practices, even its own.

Africa, however, is replete with success stories to emulate. Rwanda, for example, recognized early the value of conservation and the power of the market. The country hit its nadir in 1994 after the anti-Tutsi genocide. Former poachers are now game wardens and guards at Volcanoes National Park, where tourists flock from around the globe to see mountain gorillas in their natural habitat. While farms surround the park, local families need not fear impoverishment should drought hit or crops fail: the tourist industry provides not only a lifeline but also a path to relative affluence for many in around the nearby town of Musanze. The result has been a dual environmental and economic success. It would be one easily replicated.

Today, Somaliland, the epicenter of the drought about which Power spoke, seeks to replicate the Rwandan conservation model. Two decades ago, USAID collaborated with the Cheetah Conservation Fund, a U.S.-registered 501(c)3, to create a rescue and conservation center in Namibia for cheetahs in order to enhance both the regional ecosystem and economy. On a shoestring budget, the group not only runs a conservation and educational center to treat orphaned cheetahs, but also promotes creative solutions such as breeding and training dogs to guard livestock and deter cheetahs from encroaching on farms.

The Cheetah Conservation Fund program has expanded to the unrecognized East African country of Somaliland (among other places), where the groups rescues cheetahs confiscated from smugglers or orphaned by farmers. Their work not only does ecological good, but it also enhances U.S. national security goals. The cheetah smuggling does not occur in a vacuum but it can also be a means for criminal elements to raise money to purchase or move weaponry. I visited the three cheetah rescue centers in rented properties not far from Hargeisa’s airport; they are now both near capacity and squeezed by Hargeisa’s expansion.

Fortunately, the Somaliland government has set aside 50,000 hectares (close to 200 square miles) in Geed Deeble, north of Hargeisa to be a Conservation Park. As in Rwanda, the project not only might rescue an endangered species, but also provide a means of livelihood in an impoverished area where the allure of money or the need to support families might tempt too many young men to cash in on a non-sustainable resource. Fencing, basic living structures, a veterinary clinic, and intake pens cost just over $2 million, or 0.003 percent of USAID’s 2022 budget. The one-time investment would pay itself back several times over as tourists and researchers might then pay for the privilege of visiting the park. But bureaucratic ossification in Washington has led to inactions, just as the Horn of Africa enters what meteorologists expect to be a three-year drought cycle.

Simply put, if Power, climate envoy John Kerry, and the Biden administration need to do more than virtue signal on the climate and if Power is serious about incentivizing environmental protection in some of the world’s most fragile locations, then it is time to move beyond hot air to action. Supporting the establishment of self-sustaining national parks would be a good place to start.