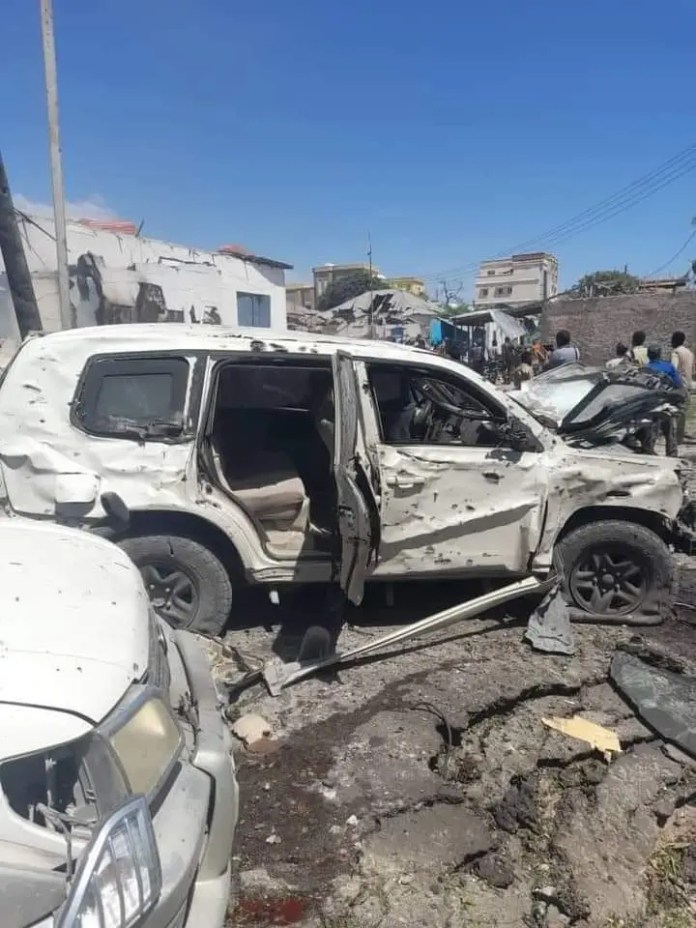 At least eight people were confirmed dead at the scene of a devastating suicide bomb hit in one of Mogadishu’s main streets at noon Wednesday,

Ambulance services put the death toll at 8 while eyewitnesses at the scene said they saw 9 killed.

A car laden with explosives hit a convoy said to have been carrying foreign personnel and their escorts driving along the 21 October road near the old Somalia Aviation base opening up to the KM4 junction to the west and the city’s only international airport to the south.

The Al-Qaeda-created group said it aimed at foreign UN personnel and that its plan was successful.

No independent has yet to confirm if there were foreign officers among the killed at the scene.

A mosque and several houses bordering the road in the Waaberi district sustained heavy damages.

The Somalia, conflict-ridden government is currently  embroiled in a caustic row between President Mohamed Abdullahi Mohamed ‘Farmajo’ and Prime Minister Mohamed Hussein Roble chiefly over election-related issues. This comes a little over seventeen months after Farmajo ousted the preceding prime minister, Hassan Ali Khaire, in what was then termed as a bloodless but sneaky coup.