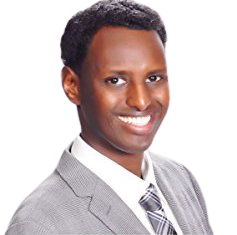 The 2016 election season inspired him to become more active, he said.

The White House announced this week that Hamse Warfa will join the Biden administration, making him the first Somali American presidential appointee in U.S. history.

He is currently a deputy commissioner for workforce development in Minnesota but will come on at the end of January as a senior adviser to the State Department on civilian security, democracy and human rights. In that role, he will help develop strategies for protecting and promoting democracy at home and abroad.

“My acceptance of this role is in direct response to President Biden’s call to action to protect and promote democracy,” he told ABC News.

Warfa’s family fled Somalia after the country’s civil war started in 1991 and lived in various refugee camps across Kenya, he said. After arriving in the United States as a teenager in 1994 alongside his family, he received a bachelor’s degree in political science from San Diego State University and his master’s in organizational management and leadership from Springfield College in the same city. He moved to Minnesota in 2012 after he was recruited by the state’s largest philanthropic foundation, Margaret A. Cargill Philanthropies, he explained.

“The strong anti-immigrant, and anti-Muslim policy and actions, motivated me to organize and get more involved at the state level,” Warfa said. “Some of the Minnesota gubernatorial candidates talked about shutting down the refugee program, and in some cases, created fear about refugees in Minnesota, especially about Minnesota’s Muslim, Somali community.”

In 2019, the Minnesota governor’s office appointed Warfa as deputy commissioner at the Minnesota Department of Employment and Economic Development, making him the highest-ranking Somali American official in the state’s executive branch, according to the department.

Warfa’s list of accomplishments also includes being the co-founder of BanQu, Inc., a blockchain service created to broaden economic opportunities for low-income people across the globe, as well as the recipient of a 2016 Bush Fellowship, which is granted to help develop leadership skills, and an Ashoka Fellowship for social entrepreneurs.

During his time in Minnesota government, he “successfully advocated for the largest job bill in state history, supplying workforce training to youth and adults,” according to his department.

He served as an economic adviser to the Biden campaign, helping develop the administration’s plans to reverse the Muslim ban and increase refugee admission numbers.

“When we talk about democracy, I want to make sure we talk about inclusive democracy,” he told ABC News. “I want to bring my both lived and professional experiences to help the administration expand access to those affected by government policies and actions.”

“I want to see America live through its ideals in building multiethnic and multiracial democracy that protects everyone,” he added. “I hope people see in my example — from the refugee camp to representing America — hope for democracy and value of everyone’s voice and vote.”