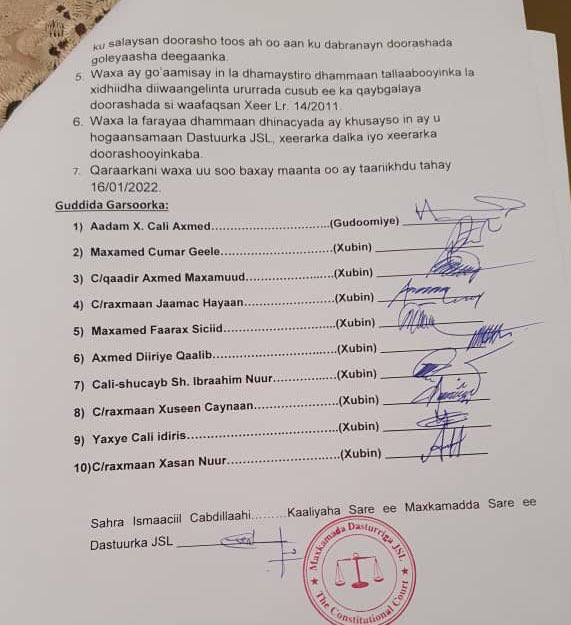 The Supreme Court of the Republic of Somaliland, which doubles up as the Constitutional Court that adjudicates on matters pertaining to the applicability of the constitution on disputed issues, has today ruled that political associations were to open within the time set for it by Law No. 14/2011 and the Constitution which limited national parties’ terms to 10 years.

“The Court concurs Article 6 para 5 of Law No. 14/2011 which stipulates that political associations must open every ten years once,” the Court ruling stated.

The Court endorsed proposed amendments to the Law which suggested that which associations will emerge as the three national parties for the next years will be decided through direct, nationwide elections to be held by the National Electoral Commission. This is because the screening which was formerly based on local council elections was no longer applicable since these elections were held simultaneously with the parliamentary election on 31 May 2021.

The court urged all stakeholders to abide by the ruling and that all requisite preparations for the implementation of the ruling be expressly undertaken. The petitioners included prominent politicians and activists. The Court took their petition into consideration, the ruling stated.

The decision followed a collective petition to the court that 47 members of the parliament representing all 3 parties submitted to the High Court last month in which they asked for a constitutional interpretation of a law that divided the House into – at least – two distinct camps.

On 2nd January 2022, 24 applicants  (see copy below) calling for the timely opening of political associations submitted a petition clarifying their position to the Supreme Court. 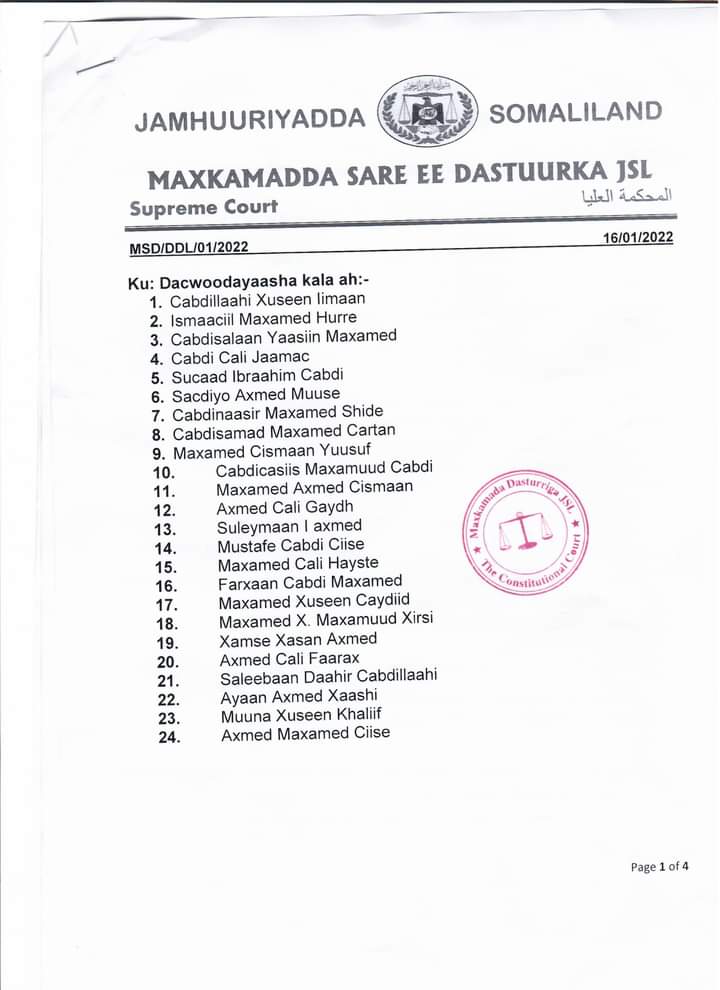 Interpretation of this ruling will put the official opening date for the registration of political associations at end of May or early June this year – six months before the current expiry of the tenure of Kulmiye, Waddani, and UCID parties.

There is no guarantee that all or either one of the existing national parties will emerge from the fray.

Implementation of this ruling leaves the fate of the expected presidential elections slated for 13 November 2022 hanging in the balance. How, when and in what order will all three elections – the Upper House’s (Guurti), the political parties, and the presidential – be conducted is not the Court’s to say. NEC is the only mandated body to do so.

But, then, there is no way to circumnavigate the constitutional limitation of the tenure of the political parties even if all three parties agreed on another consensus.

Both opposition parties have recently been threatening disobedience of any ruling that called for the opening of the political associations without explaining how the parties could live with a blatant violation of the constitution.

On the other hand, opposing voices have been calling for an application of the Constitution and Law No. 14. Opening political associations, these voices contended, would save the country from jaded, clan-ridden policies that have become the hallmarks of all three existing parties of late. 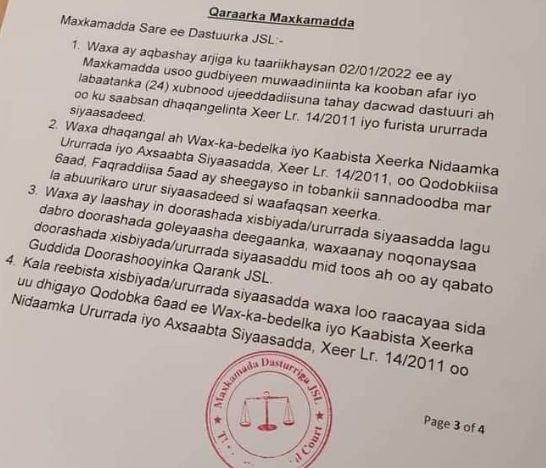 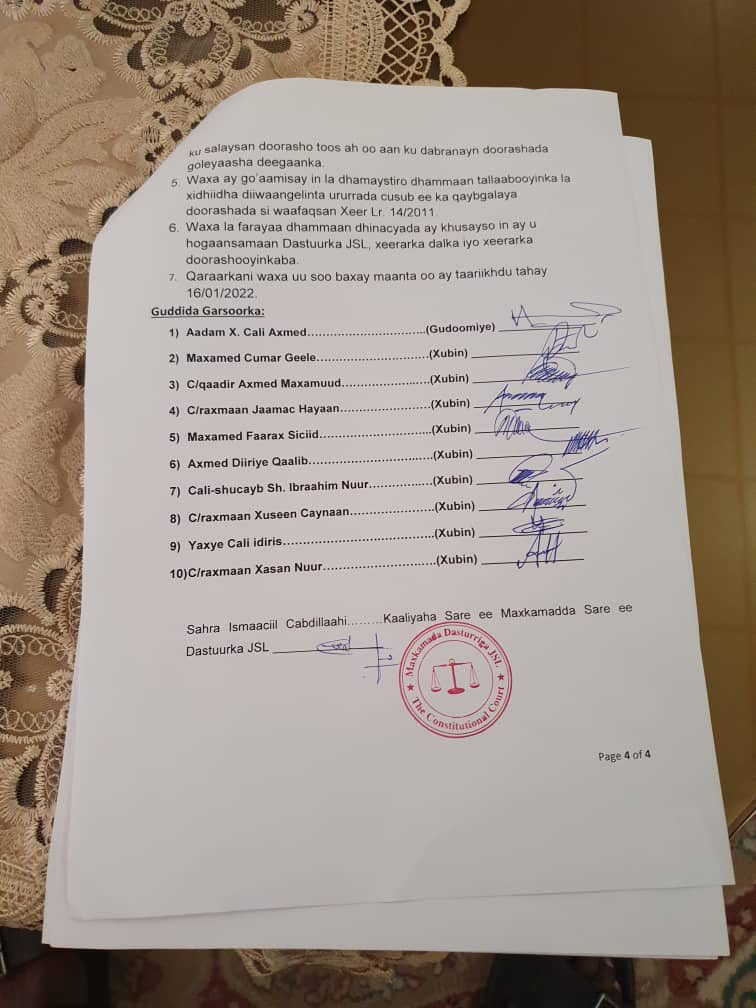